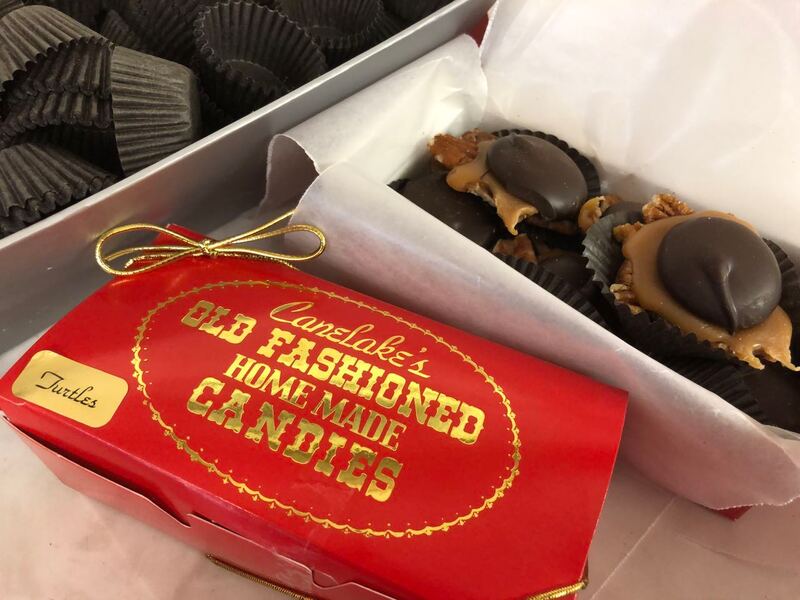 Canelake’s Sweet History
…
Canelake’s Candies began in 1905, with brothers Christ, Gust & Tom Canelake starting the “Virginia Candy Kitchen” on the 100 block of Chestnut St.In October 1905 they closed a deal to lease a new building  After a short time they  and re-located to 417 Chestnut St.  They re-opened at this new location just prior to the Christmas season.  Business continued to grow such that another new building was built in 1916 and they re-located again to its current location at 414 Chestnut St.  The grand opening was held on February 17, 1917 with this article on the same day in The Virginia Daily Enterprise: “Canelake Brothers today opened their new Candy Kitchen, located at 414 Chestnut Street almost directly across the street from the old location. The fixtures of the new store are entirely new and the whole equipment is up to date in every way. The Virginia Candy Kitchen was the first on the range and also the first store of the Canelake Brothers. The Canelake Brothers have four range stores at the present time. Two are in Hibbing and two in Virginia.”
…

The other Canelake Bros. store in Virginia was called the Olympia Candy Kitchen, which was located in the 1st National Bank building at 304 Chestnut St. a few blocks away.  It was founded on March 20, 1914 and operated by Tom until 1951, when the bank expanded and he retired.  Gust took over the operation of the 414 Chestnut store and brothers, Christ and Nick took over the operation of the two Canelake Bros. confectionery stores in what was called north Hibbing at 308 and 516 3rd Ave.

The store on 308 3rd Ave called the Hibbing Candy Kitchen was opened in the summer of 1907.  The one on 516 3rd Ave was started around 1912 and was briefly called the Arcadia Candy Kitchen.  In 1920 Christ and Nick re-located to one store location in south Hibbing at 206 East Howard and called the new restaurant and confectionery Canelake’s Cafe and Sweet Shop.  This store was eventually run by Christ’s son Alex until his death in 1968.  Brothers Christ & Nick opened the Hibbing Candy Kitchen in Hibbing, MN. 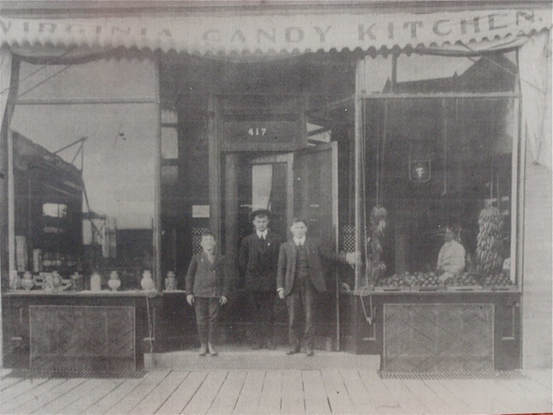 Gust’s sons,  Leo and John Canelake worked in the store as youth and became partners at the store after the war World War II.  At that time the Virginia Candy Kitchen name was changed to Canelake’s Candies. 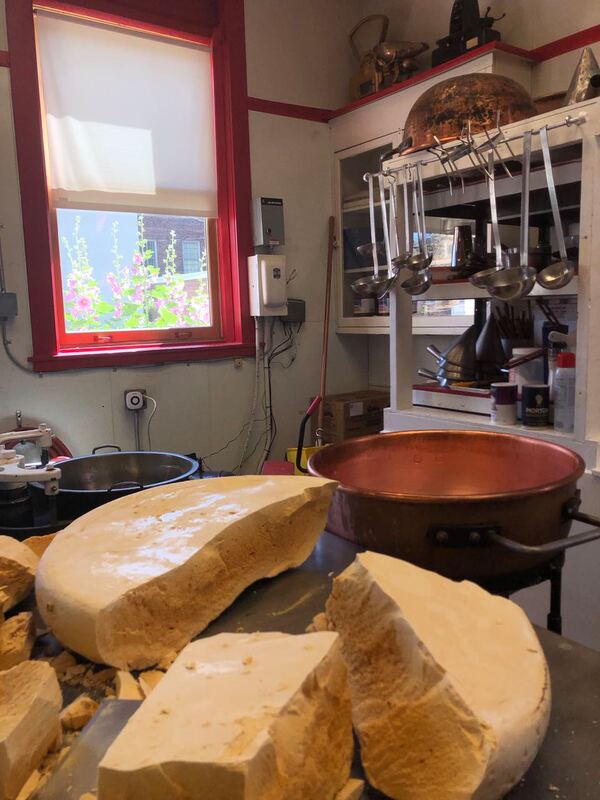 Gust taught his sons to make candy from only the finest chocolate, cream & butter. Those same recipes are still used, making candy the old fashioned way, in small batches cooked in copper kettles.

When  Leo & John Canelake retired, Jim Cina bought the store.  He kept the name and faithfully followed all the recipes for 36 years.  After Jim retired on Oct 1, 2018,  he sold the store back to the  Canelake family.  Now the 3rd generation of candy makers continues their family legacy of old fashioned candy making since 1905! ~  James Froemming, researcher/writer 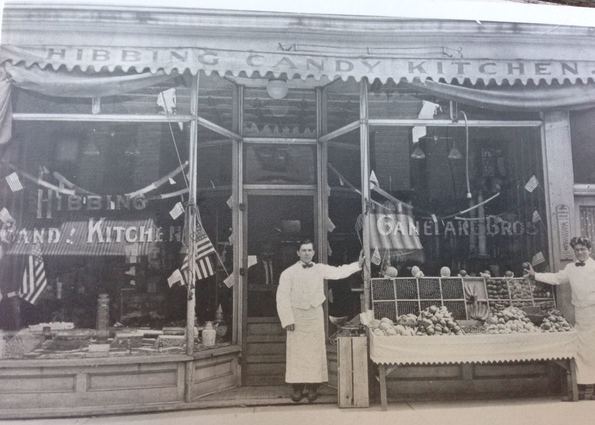 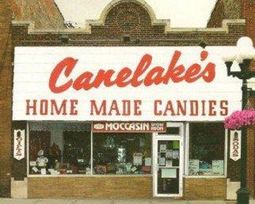 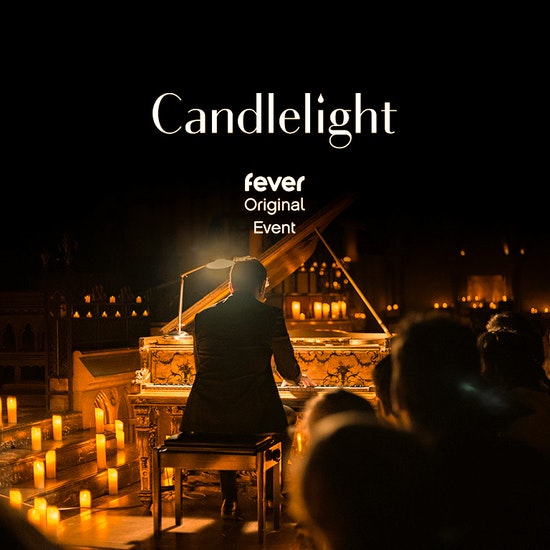 Highlights
An intimate ambience in a beautiful venue bathed in candlelight
Stunning classical music performance by a local Minneapolis pianist of the Listeso Music Group
A safe and socially-distanced event, ensuring you are comfortable and at ease

Description
Whether you’re looking for a beautifully unique classical music performance or a romantic candlelit experience, this Chopin’s Best Works performance is for you. You don’t need to know all things Chopin to enjoy the evening—simply sit back and savor the stunning atmosphere and pieces you’ll hear. Walk into one of Minneapolis emblematic buildings where the walls will be flickering by candlelight to create a magical atmosphere. Prepare to be taken into the clouds with Chopin’s most treasured masterpieces!

General Info
Duration: 65 minutes. Doors open 30 minutes prior to the start time. Late entry is not permitted
Venue: Calvary Church
Age requirement: 10 years old or older. Anyone under the age of 16 must be accompanied by an adult.
Accessibility: this venue is ADA compliant (note: balcony seating is not accessible)
Safety measures: you can read the safety measures for this event here.
Please note: for the safety of our audience, all of the candlelight will be provided through flameless candles

Any questions? Get in touch here

Please view the FAQs for this Fever Original experience here 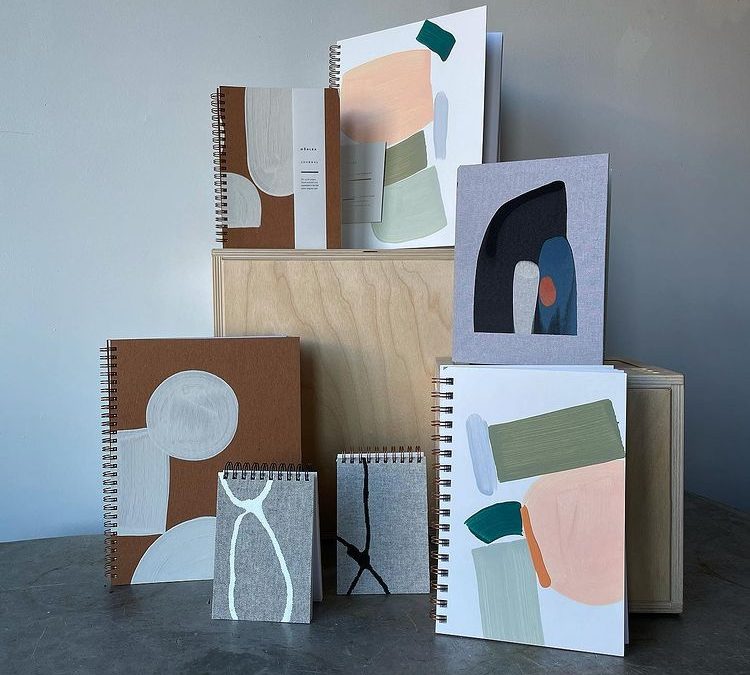 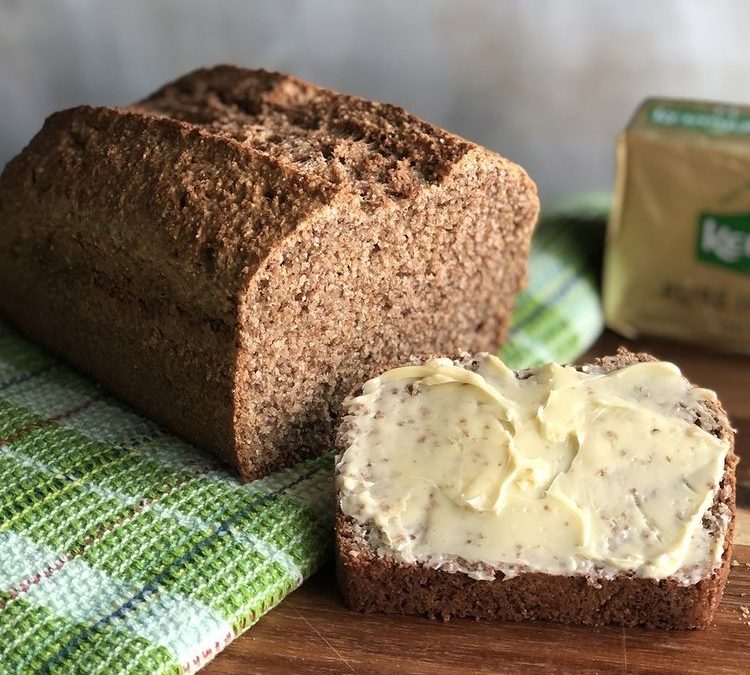 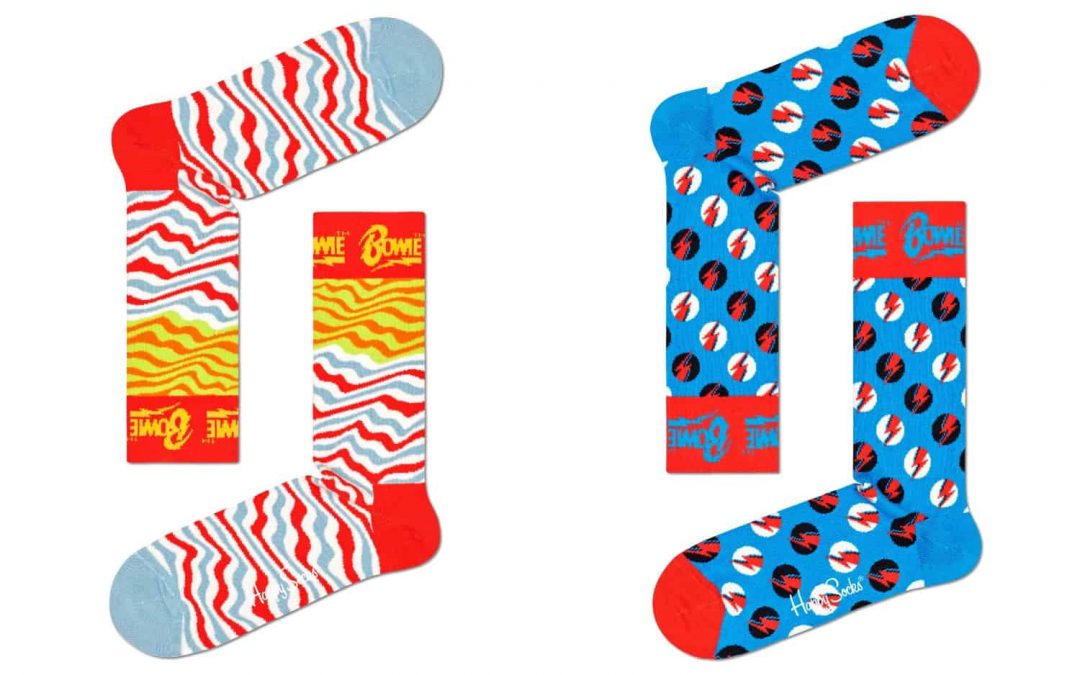 What:  Happy Socks’ latest collaboration honors David Bowie with a limited-edition collection inspired by his iconic performances and characters. The collection features six pairs of soft combed cotton crew socks and four pairs of kid’s crew socks in organic combed cotton, all available as singles and in collectible gift boxes.
.
Who: Happy Socks is a Swedish manufacturer and retailer of socks, underwear, and swimwear. The company was founded in 2008 by Mikael Söderlindh and Viktor Tell. The brand has had collaborations with David LaChapelle, Keith Haring, The Beatles, The Rolling Stones, and Queen in the past. “Our concept in collaborating is that we want to give our partner a clean white paper and do whatever they want to do,” Tell told The Daily in 2018. “Some people had a little trouble with that, but Snoop [Dogg] came back and said he wanted to paint. Hence he became Snoop da Vinci for a little bit.”
.

Why: The brand has done it again! This collection pays homage to the late great’s iconic fashion moments. Many are designed in collaboration with costume designer Kansai Yamamoto, who created the singer’s Ziggy Stardust character. All things considered, they’re the perfect gift for the Bowie fan in your life. Plus! Could the box they come in be any cooler?! 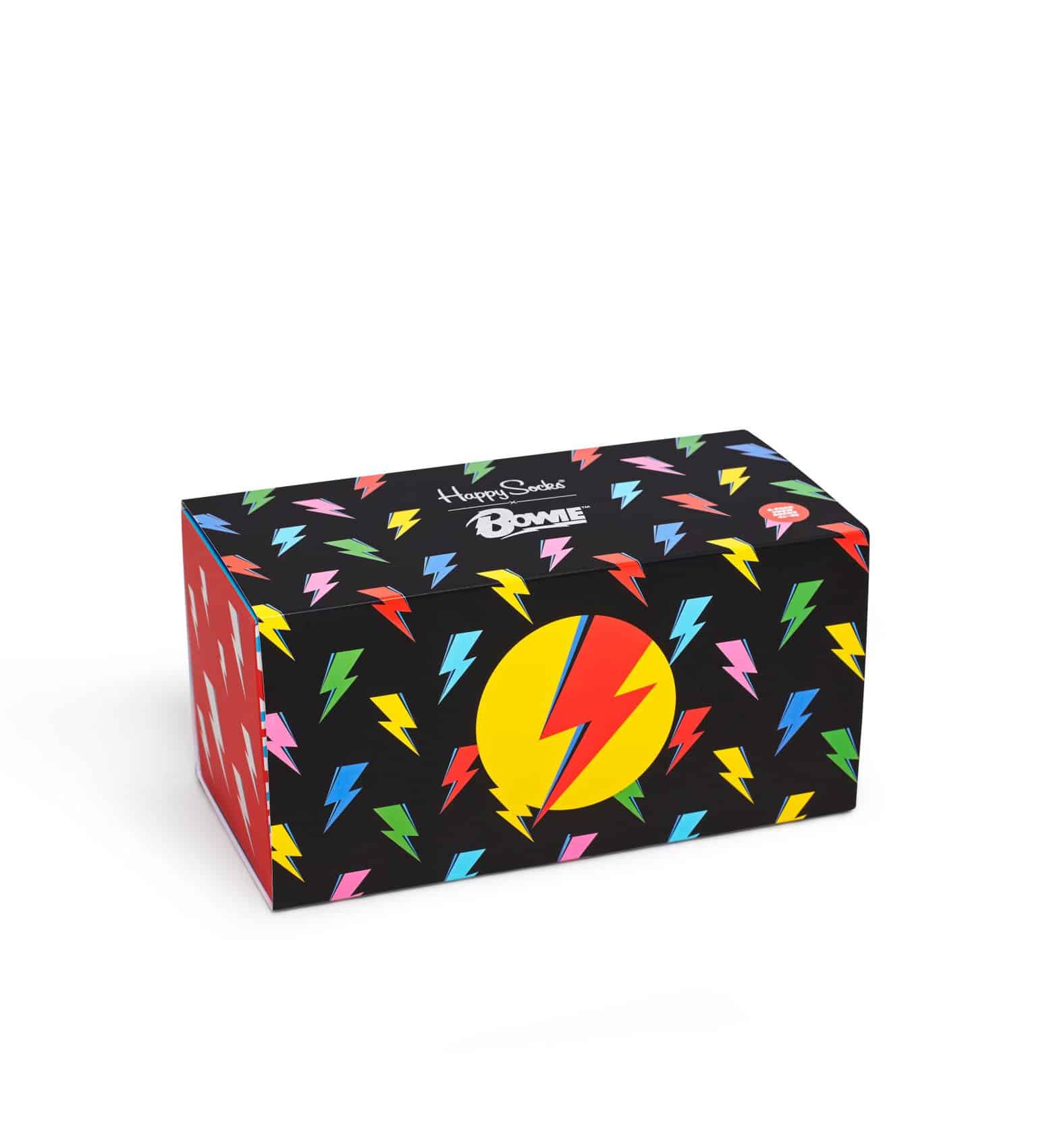 Where: HappySocks.com or Happy Socks stores. 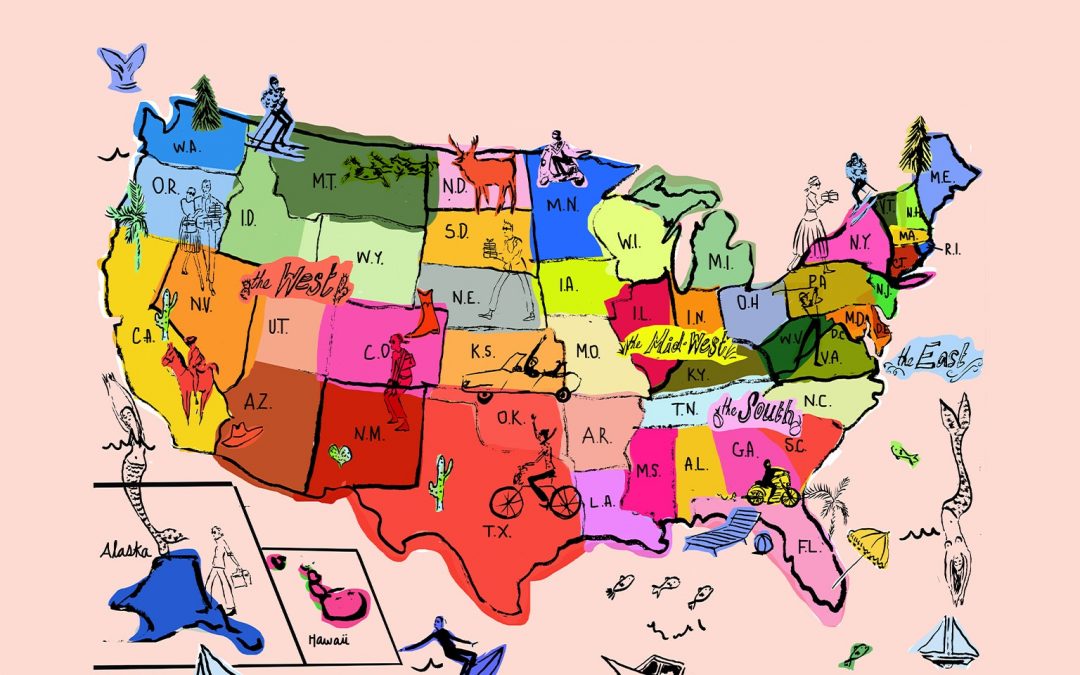 The Independents: 77 Small Businesses to Support Across America

Over the course of the last year, businesses around the country have been in crisis. Independent retailers, department stores, concept shops, and boutiques big and small were all profoundly affected by the pandemic. Many shoppers were saving for better days, or putting their money toward essential items. But nevertheless, there was a longing for beautiful things—whether it be clothing, beauty buys, or home decor—and a desire to invest in local communities. Across America, shopping became a way to feel connected, even from home.

Entrepreneurs, designers, makers, and sellers have met this challenging moment with a renewed sense of creativity. From sea to shining sea, there are fashion obsessives curating the most covetable clothing, crafters making unique objects to help cheer up our homes, and wellness gurus providing tools for self-care. To highlight the wealth of vibrant stores in quiet pockets across the country, Vogue has assembled a retail roadmap made up of small indie shops, individual artisans, and regional crafters.

From Homer, Alaska to Brooklyn, New York, it’s time to meet your neighbors.

Brooklyn Love and Witchy Wonders: 13 Small Businesses to Support in the East

Chicago’s It Shop and Detroit’s New Wave: 12 Small Businesses to Support in The Midwest

Desert Design and ATL’s Stylish Wish: 17 Small Businesses to Support in The South