Where to find Ramadan Specials in the Twin Cities 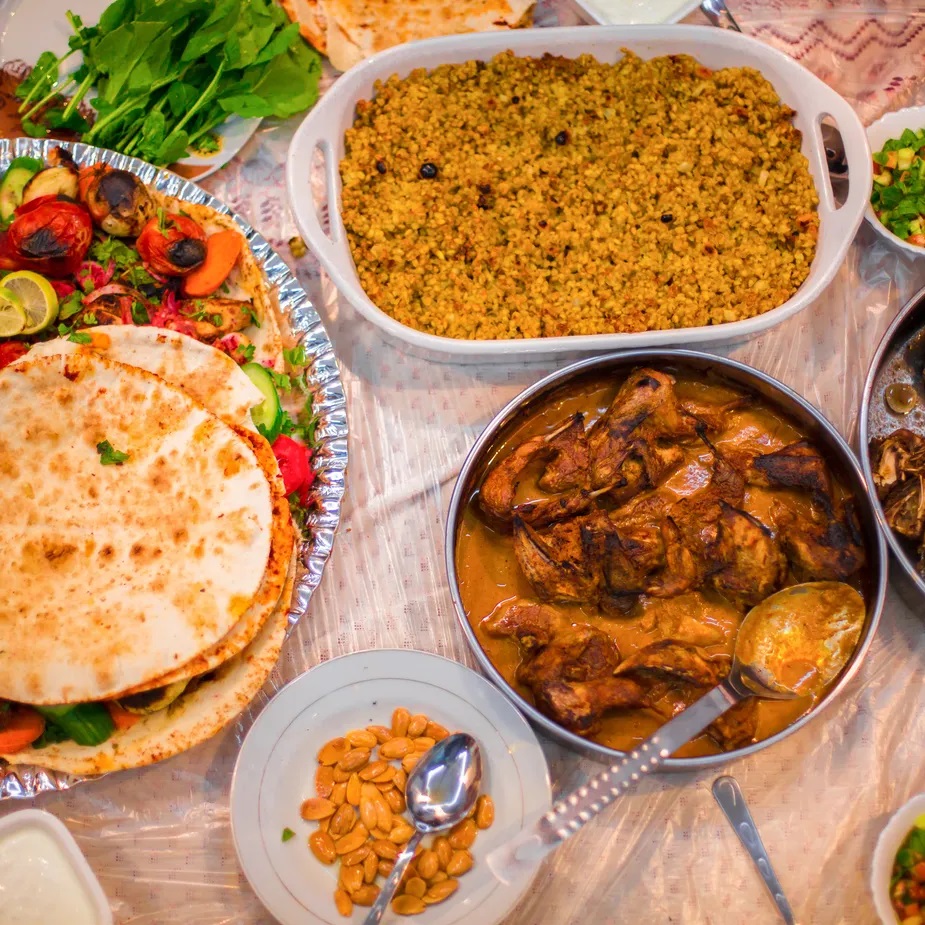 Eater Twin Cities: A month of prayer, fasting, charity, and deep contemplation, this year’s Ramadan begins at sundown on April 2 and ends with Eid-al Fitr on May 2 and 3. Over the past two years, Ramadan gatherings in the Twin Cities have been limited by the COVID-19 pandemic — but this year, though a sense of caution and prudence remains, low case numbers and lifted mandates are helping people gather safely around food once again. Those observing can break their fast with Ramadan specials from restaurants around the metro area: sambusas, stuffed pigeons, whole lamb, and baklava are all on the menu for iftar at nightfall. Here are some Twin Cities restaurants serving Ramadan specials and iftar buffets and boxes this year.

Marhaba Grill on Nicollet Avenue is known for its bountiful annual iftar buffets, prepared by Chef Mohamed Shehata. This year’s menu includes whole lamb, Egyptian-style grilled tilapia, roasted duck, stuffed pigeons, Egyptian spiced rice-stuffed cabbage and grape leaf rolls, and a whole host of other dishes. (Look for desserts like baklava, basbousa, and kinafa with shredded fillo, custard, and honey.) Marhaba is known for Greek, Mediterranean, and American fare served buffet and family-style at affordable prices. Shehata has been cooking iftar buffets out of his Eat Street location for years — beyond the abundant menu, his restaurant serves as a place for gathering and community throughout the month of Ramadan. Special prayer spaces for women and men will be available at the restaurant. Hours are 11 a.m. to 9 p.m. every day. 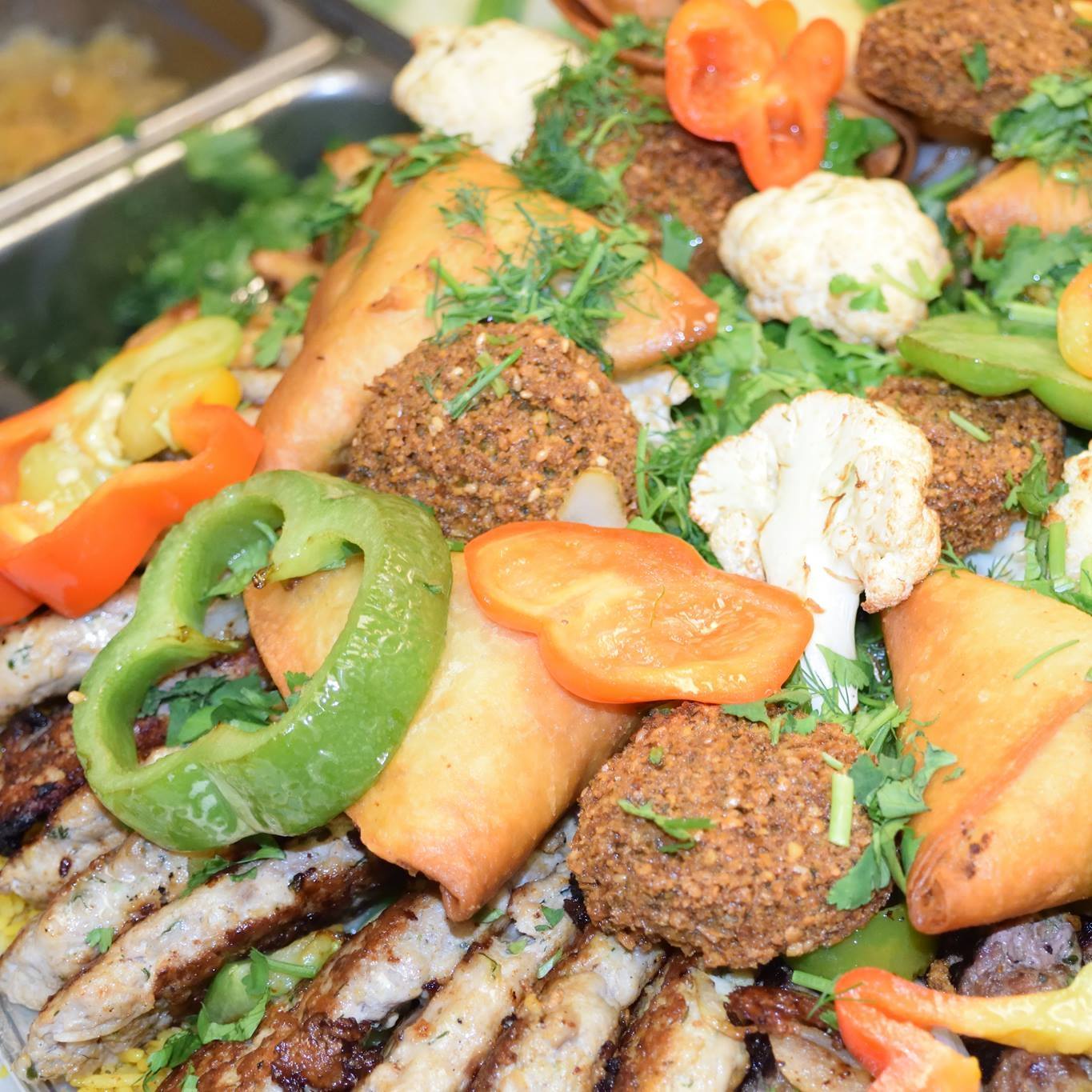 The full menu for Big Marina Grill and Deli’s iftar buffet hasn’t been set yet — but expect specials like lamb, quail, and chicken kebabs, plus classic menu items like falafel, sambusas, and baklava. Big Marina Grill has been open since 2005: after stints at a few spots throughout the Cities, the restaurant now has just one location in a spacious Columbia Heights building, capping the north end of the Central Avenue food corridor. Chef Abdou Gadhour’s menu is known for its platters of falafel, sambusas, and roasted peppers — in 2013, it was named City Pages’ best buffet of the Twin Cities. The restaurant is made warm and inviting with saffron-colored walls and glass chandeliers. Iftar buffet plates are priced at $18.99, and during the month of Ramadan, Big Marina will have extended hours from 11 a.m. to 10:30 p.m. every day — it doesn’t take reservations. 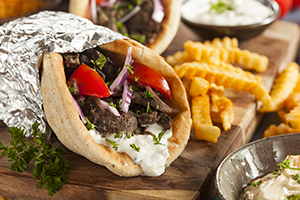 Golden Fingers opened on the corner of Chicago Avenue and Franklin Avenue in 2017, becoming known for its generous portions of halal Mediterranean and Middle Eastern fare like gyros, falafel, and Persian kebabs cooked on open-flame charcoal grills. This year, the restaurant is offering customizable iftar boxes both for dine-in and take-out: build a box with up to three meats (goat curry, lamb kebabs, and beef shawarma are among the choices), grains like rice, pasta, or bread, and sides: malva, mandashi, or burr. Dates, green salad, fruit salad, three beef sambusas, sauces, and dessert are included. Choose between a family box, which serves two to four people, for $39.99, or smaller boxes at lower prices. During Ramadan, dine-in services will start at 5 p.m. and run until 10 p.m. Monday through Friday, and 9 p.m. Saturday and Sunday.

An Iftar box from Golden Fingers.

Filfillah’s Ramadan specials have yet to be announced — but keep an eye on its Instagram page for details coming soon. The Turkish and Mediterranean restaurant on Columbia Heights’ Central Avenue is known for its gyros and extensive halal menu — Ramadan specials in years past have featured chicken with onions, sliced beef with gravy, and ezogelin soup. 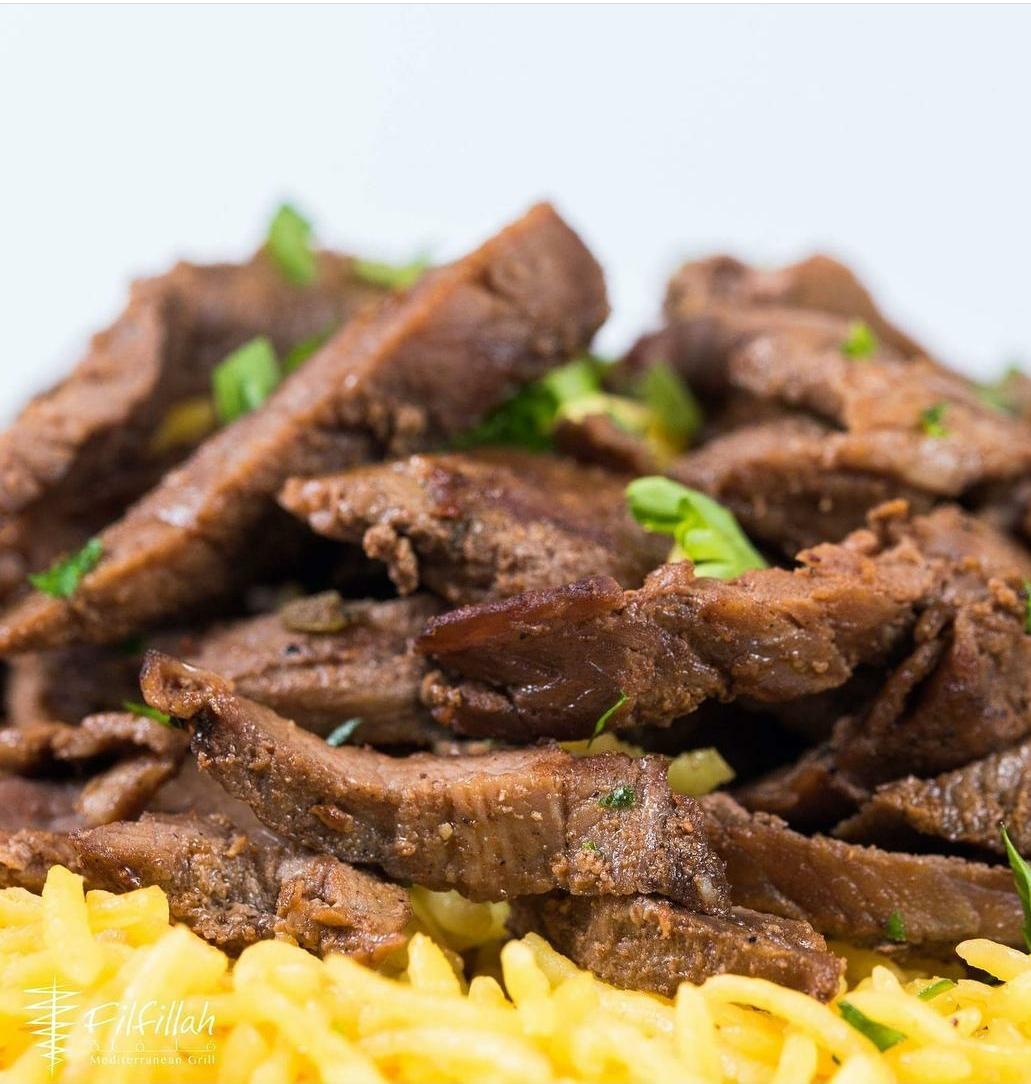 A Minneapolis Tradition Reborn: The Departments at Dayton’s has opened for their Spring Market!