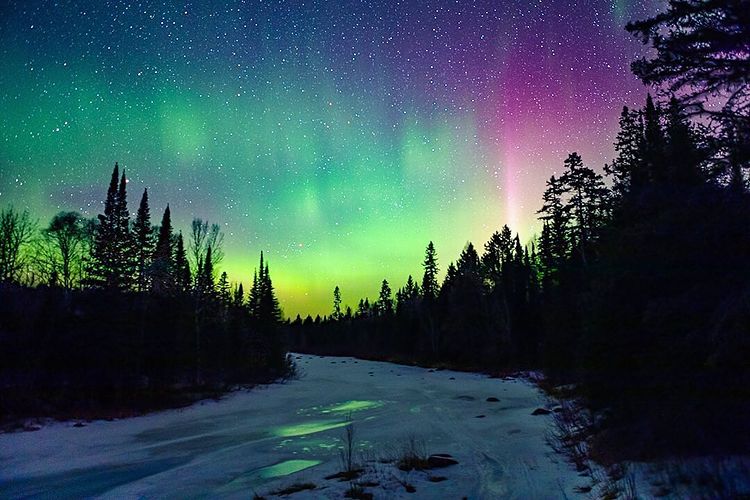 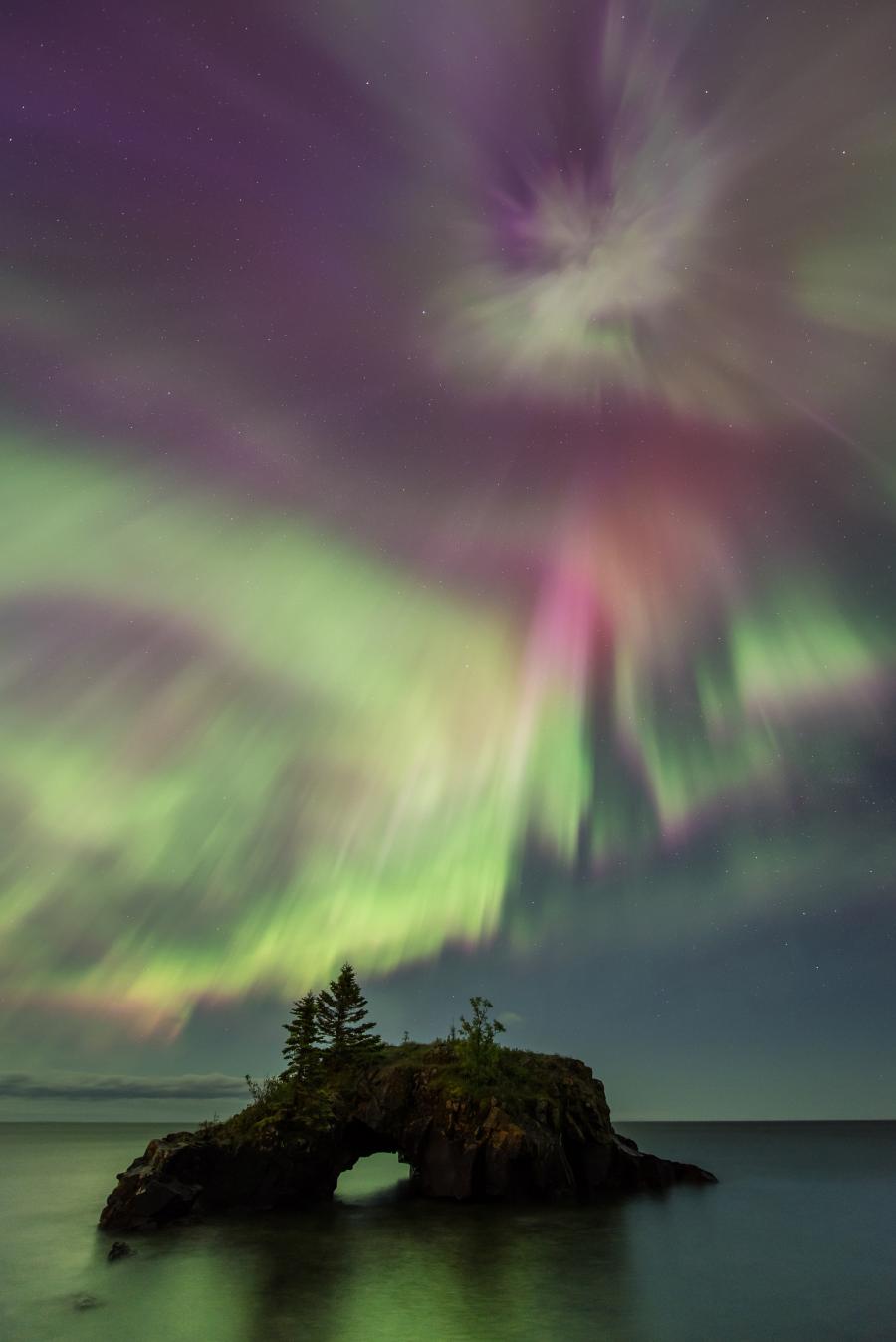 OUTDOOR ADVENTURES: As the name suggests, the northern lights become more pronounced the further north you go, and Minnesota’s location makes it one of the best states in the lower 48 to view them.
…

There’s a perfectly scientific explanation for the aurora borealis phenomenon (more commonly known as the northern lights), and we’ll get to that in a minute. But when you see it in person—weaving, flickering and pulsing across the night sky, lighting up the stars with its impossible river of greens, purples and reds—it just feels like magic. Like the universe is reaching out to you, personally, and waving hello.

Unlike other states that might have one or two ideal spots to view the northern lights, Minnesota’s 10,000 lakes offer borealis chasers a practically unlimited supply of unique spots to view and frame them. 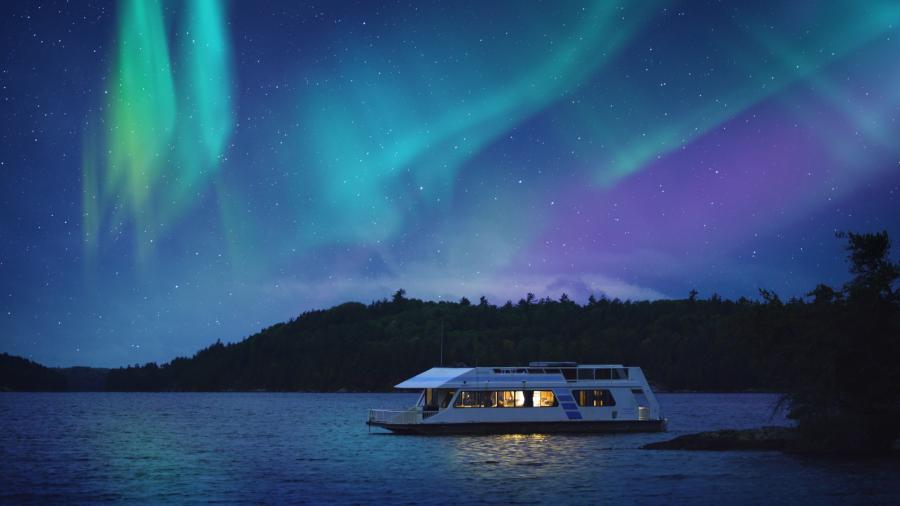 Northern lights over a houseboat in Voyageurs National Park

Where to See the Northern Lights in Minnesota

Outside of northern Minnesota, other destinations across the state, remote and urban alike, provide ideal stargazing conditions: 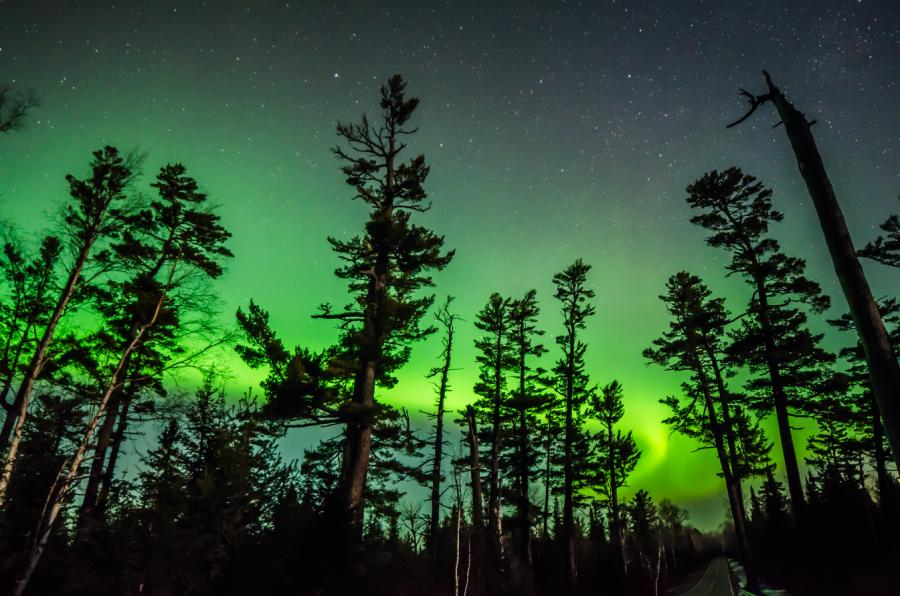 When to See Northern Lights

The early sunsets and long, star-filled nights of fall and winter make those seasons popular for northern lights trips, but despite what you may have heard, no one season is especially likely to result in a showing.

That doesn’t mean weather has no effect on light activity—in fact, northern lights can be predicted quite accurately by following weather conditions—just not the weather conditions here on Earth. What you want to follow is space weather, primarily the solar wind stream and solar flares of the sun.

According to the popular science website howstuffworks(opens in new window), aurora borealis occurs, “when highly charged electrons from the solar wind interact with elements in the Earth’s atmosphere. As the electrons enter the Earth’s upper atmosphere, they will encounter atoms of oxygen and nitrogen at altitudes of 20 to 200 miles above the Earth’s surface. The color of the aurora depends on which atom is struck, and the altitude of the meeting.”

Novitsky uses spaceweather.com(opens in new window) as his primary resource for “keeping watch” on northern lights activity. “If there’s a chance of activity, [the site] will tell you about it—sometimes as many as three or four days in advance. I check that website almost every day.” 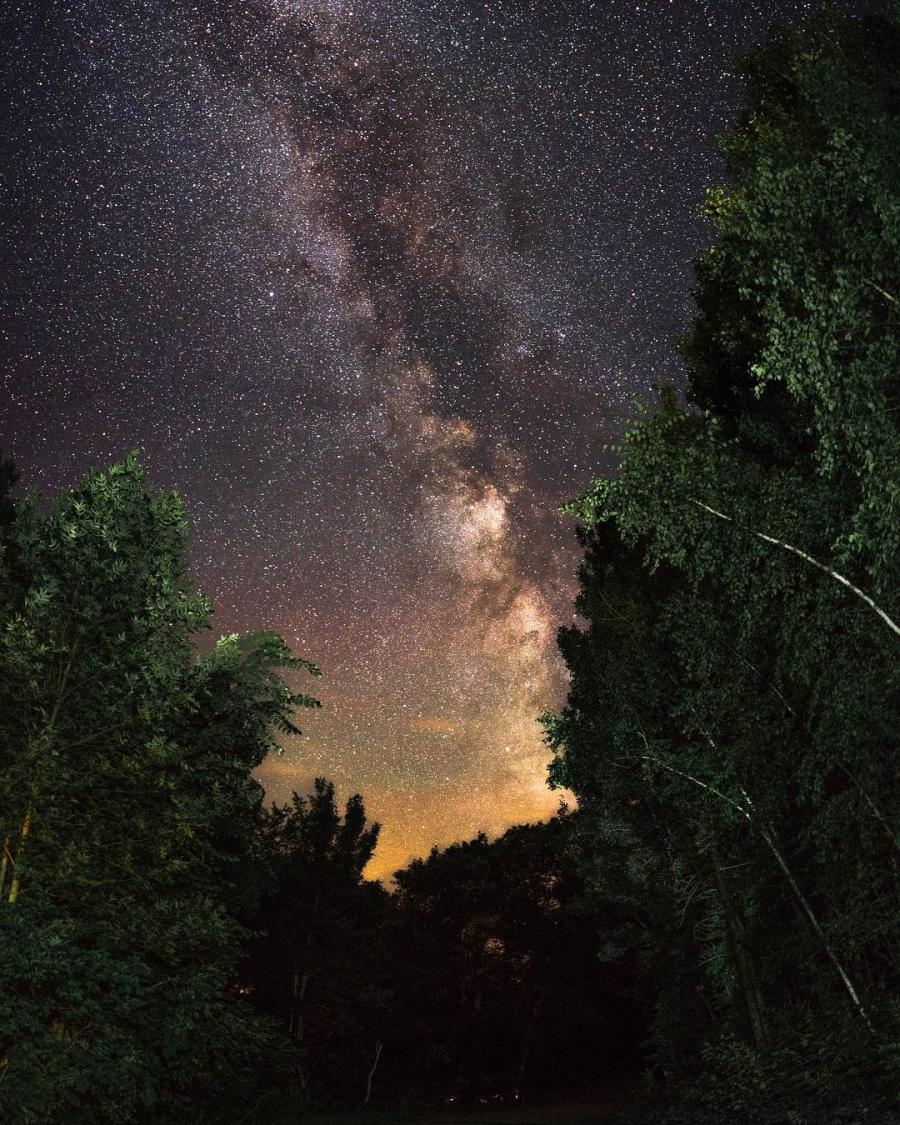 Capturing an incredible photo of the northern lights is possible with most types of modern cameras—just make sure your camera allows for manual shutter speed control, because capturing a truly stunning shot requires an exposure of 10 to 30 seconds. That likely rules out the camera on your smartphone, but leaves most DSLR and mirrorless varieties in the mix, including many relatively inexpensive ones. Other than manual shutter speed, you’ll also need a sturdy tripod to keep your camera steady during those long, night sky exposures.

If you’re just starting out with night photography, there’s no better introduction than a photography workshop. Limited to 10 or fewer participants, these beginner-friendly learning vacations will guide you through the basics of night photography via a combination of classroom-based learning, shooting time and one-on-one instruction.

Novitsky also recommends picking up a book on night-time and low-light photography and giving it a good read. Once you’ve got a grasp of the basics, it’s just about practice, he says.

Of course, you won’t catch the northern lights every time you go out shooting, but you’ll find plenty of other, more common night sky photo ops in the North Star State. Rural Minnesota’s deep, dark skies are rich with celestial displays such as meteor showers, shooting stars, the Milky Way and star constellations.

To learn more about celestial displays such as the northern lights, and to share your enthusiasm with younger family members, there’s nothing better than a trip to one of Minnesota’s planetariums. Most planetariums offer regular public showings, and private group showings by appointment. 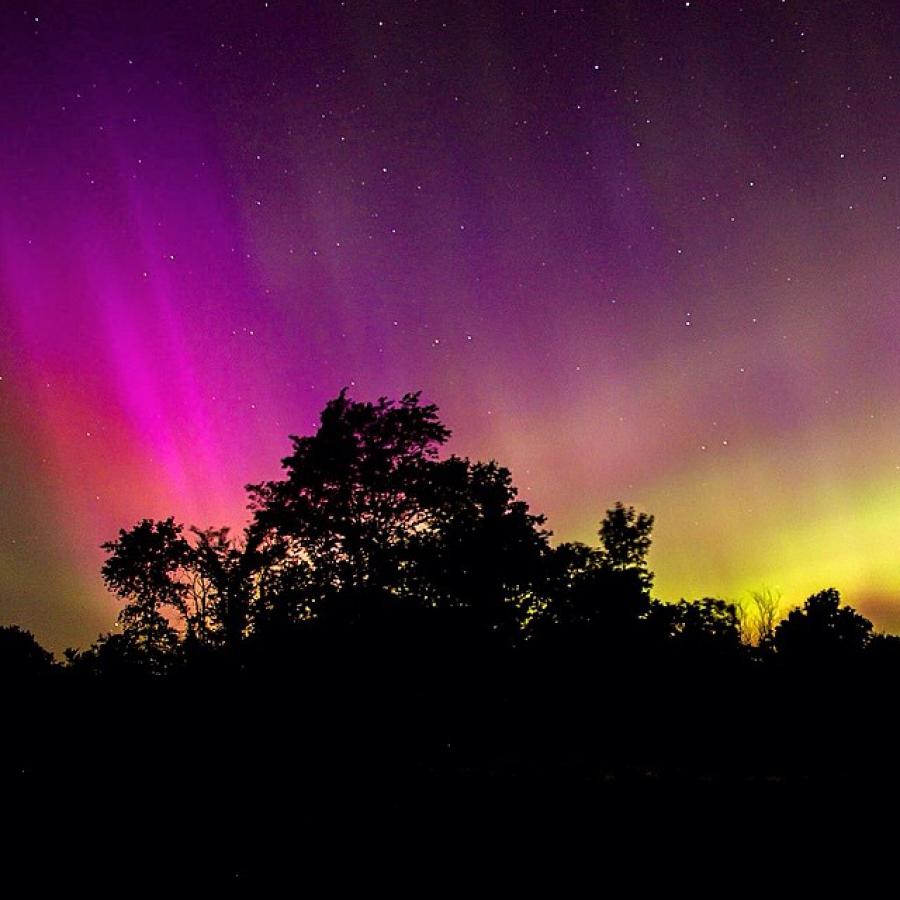 Planning a trip around the northern lights is easier said than done.

No matter how much planning goes into your trip, there is never a guarantee it will coincide with a celestial display. Maybe the cloud coverage will be too heavy, or the lights will be a little weak. Sometimes you’ll come away empty handed. Sometimes you’ll fail.

But, for many northern lights photographers, that’s part of the fun. Because when the solar wind blows just right, and the sky is clear, you’ll come face-to-face with a phenomenon that humans have been yearning to capture and understand ever since we first looked toward the stars: aurora borealis, the northern lights. There’s nothing quite like it, and no matter how much time you spend chasing the northern lights, it’s always worth it.

So start checking the space weather and cleaning your lenses, because it’s always northern lights season in Minnesota, and there’s never been a better time to go exploring.

Brian Fanelli is a writer and editor for Explore Minnesota. When he isn’t writing about life in The North, you’ll find him browsing the sci-fi shelves in a local bookstore, biking one of Minnesota’s spectacular trails or walking his Chihuahua around Minneapolis.

← Glensheen Mansion: Spirit of the Lights Pedal Through Cliffs and Wetlands in Minnesota on a Converted Rail Trail →
more locations/events