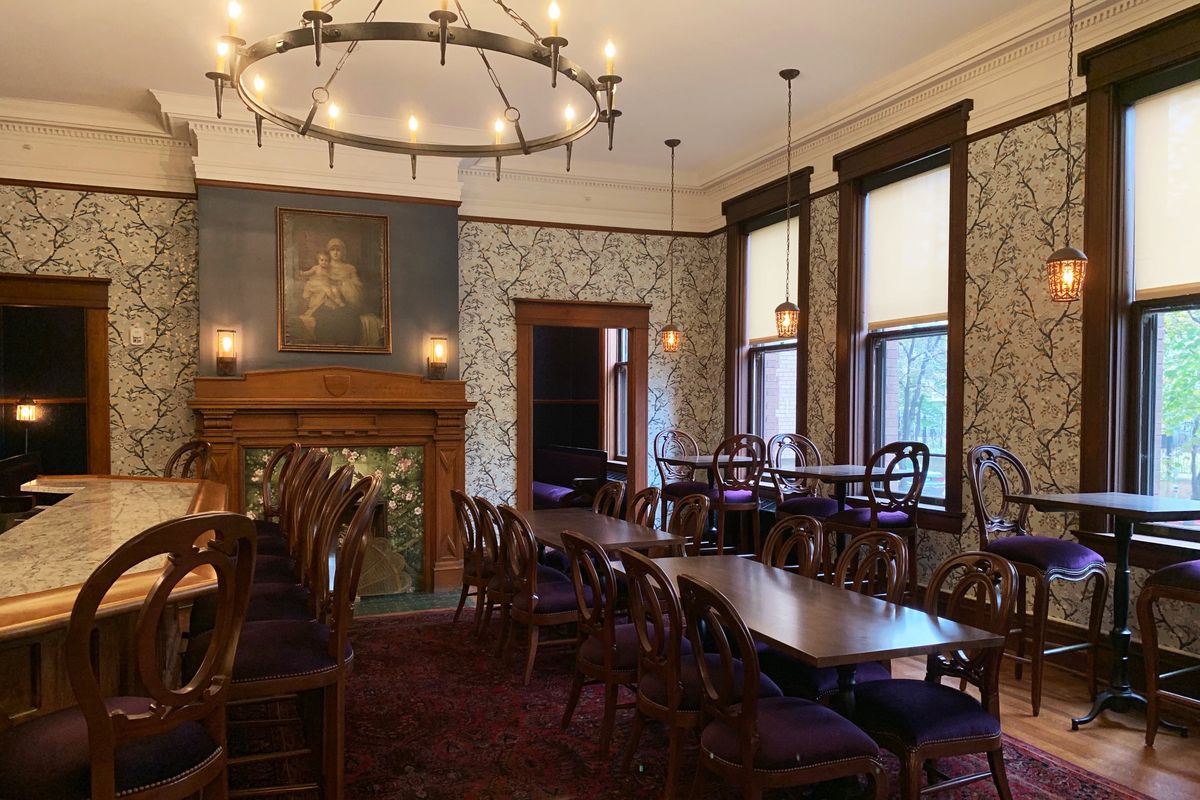 Just down the street from the Fitzgerald Theater and in the shadow of the State Capitol, the Celeste St. Paul Parlour Bar officially opened its doors on November 1.

Nestled on the first floor of the boutique Celeste St. Paul Hotel, the bespoke cocktail program places an emphasis on spirits from women-owned and operated distilleries. General manager Laura Needham, who has had culinary roles at The Bachelor Farmer and downtown Minneapolis’ Cosmos, has curated a lineup of unusual wines, as well as a menu of bar fare and light snacks.

The hotel and bar’s name pays tribute to the historic Beaux-Arts building in which they’re housed, formerly home to St. Agatha’s Conservatory of Music & Arts and the Sisters of St. Joseph of Carondelet who lived and worked on the grounds.

Built in one of the former parlors of the conservatory, the bar includes a small annex that can be sectioned off for special events and private gatherings: on the roster are partnerships with local caterers, wine and liquor tastings, chef pop-ups, and more.