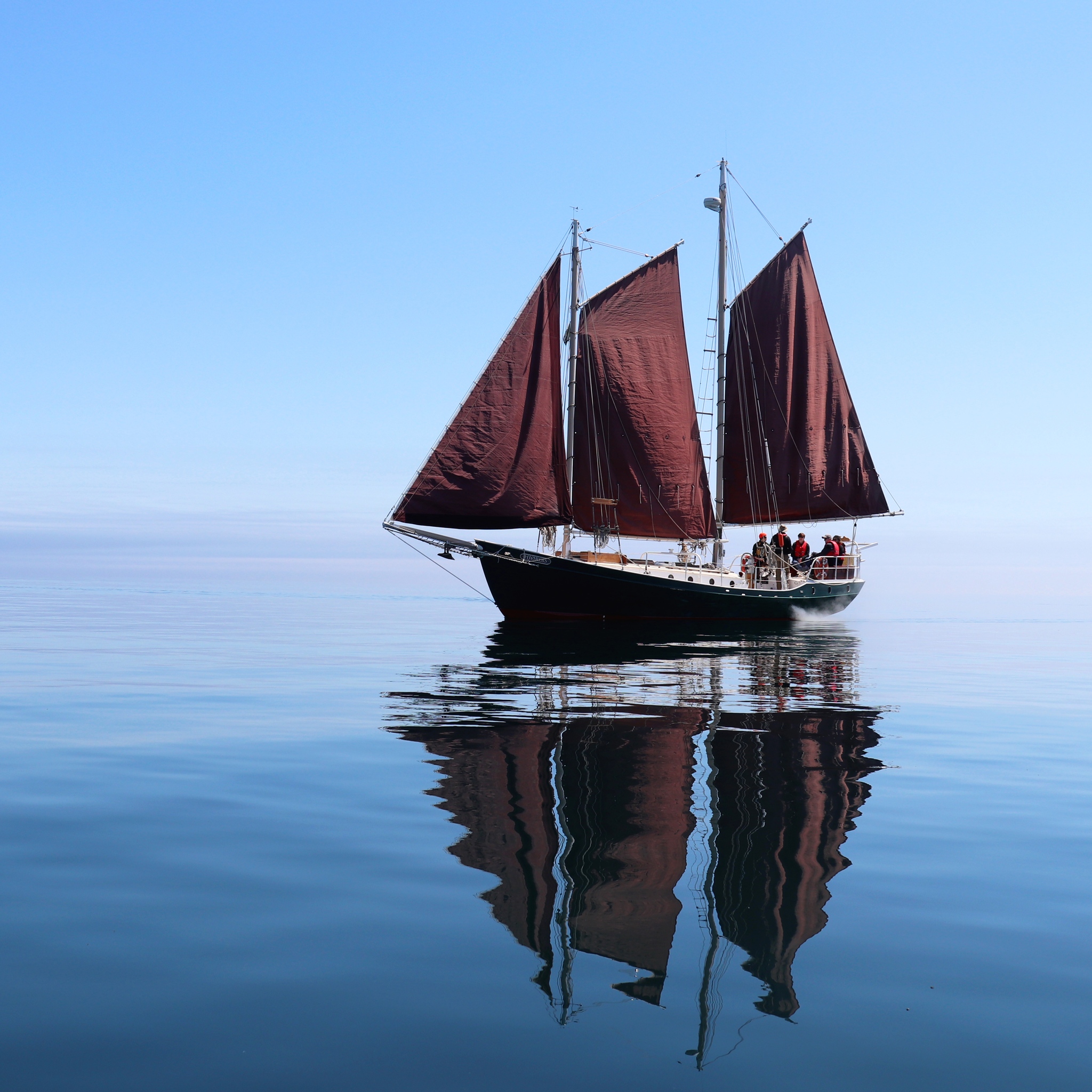 Come sail Lake Superior on the Hjørdis! Our daily sail program has begun after a long winter, some excellent repairwork, and exciting new touches, we are very excited to get folks out on the water. Now taking bookings through June and look for July bookings to open. See Grand Marais from the best place in the County! ⁠
⁠
The flagship of the Grand Marais Harbor, Hjørdis shares the name of the mythical Norse goddess of war. Take a trip on this 50’ traditionally-rigged steel schooner and gain access to both the largest lake in the world and experience Grand Marais as it was approached in the centuries before Highway 61 — from the water. 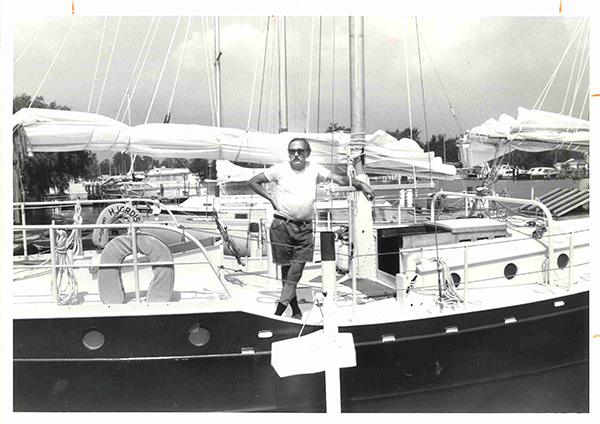 …
The story of Hjørdis starts in a backyard near Detroit, Michigan in the early 1970s. Kenneth Woodward, a General Motors machinist and general foreman, bought plans from naval architect Thomas Colvin to build his Gazelle design, a 42’ junk-rigged schooner. Seven years and over 6,000 hours later, Kenneth splashed the boat and named it after his mother: Hjørdis. He and his wife Katey spent the next decade living aboard and sailing Hjørdis off the Florida coast. Fast forward to 1997 when Hjørdis was sold and eventually ended up on Lake Superior on the docks of a fledgling folk school. Given the rich history of schooners on Lake Superior, the North House board saw the intriguing possibilities of having a “floating classroom,” and the Hjørdis became a part of North House.

DAILY SAILS: Sails will be approximately 1 hour and 45 minutes. The rate is $60/passenger. The minimum number of passengers is 3; you will have the option to pay for an additional passenger if the minimum is not met.There are additional fees of approximately $3 per ticket built-in to our booking system.

SUNSET SAILS: Sunset sails are approximately 1 hour and 30 minutes. The rate is $65/passenger. The minimum number of passengers is 3; you will have the option to pay for an additional passenger if the minimum is not met.There are additional fees of approximately $3 per ticket built-in to our booking system. Departure times vary based on date of reservation and sunset time.

Reservations can be made online up to one hour before the scheduled sail. Beyond that, call North House for availability. Per Coast Guard regulations, we can accommodate up to 6 guests per sail. Regardless of age (2 months old to 102 years old), each passenger counts towards our 6 guest limit, and therefore must be registered.