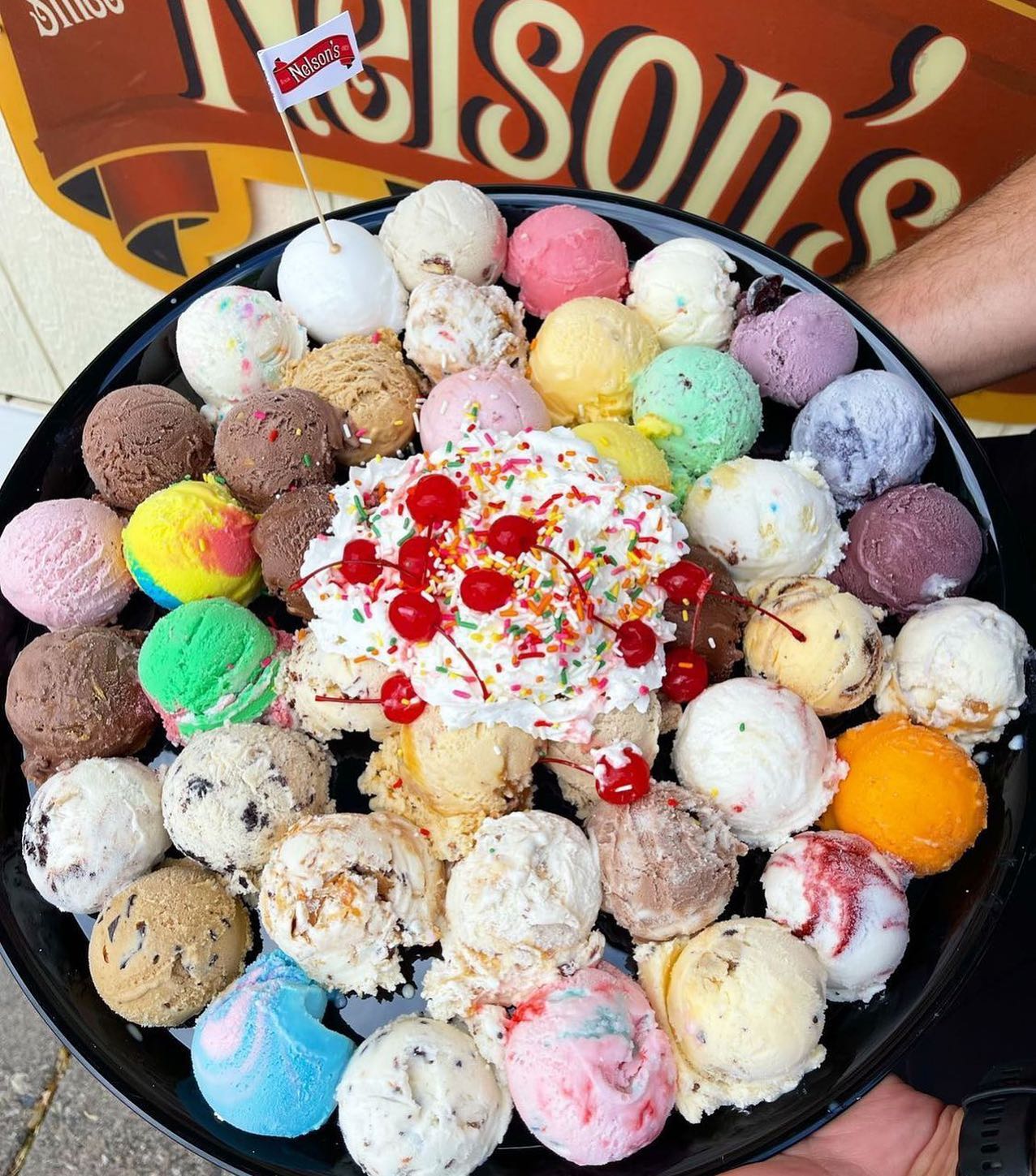 ‘With over 50 flavors this year do you ever find yourself unable to decide? We got you covered! Introducing the new, “I want it all” sampler: one scoop of every flavor we offer for you and a friend (or ten) to enjoy!’

Nelson’s began in 1923 in Stillwater, Minnesota and was known as the Seven Corners grocery store, owned by John Lustig. Along with cold meats and other groceries, the store offered ice cream and the first pasteurized milk in the area.

In the 1930s, Lustig added 25- and 50-pound ice blocks and fireworks.  After Lustig’s death in 1947, Art Nelson operated the grocery store and lived in the smaller building on the property.

After Art died in 1964, his Nephew Wade bought the store and changed the name to Nelson’s Dairy Store. Since the Nelson family’s main business was Brown’s Ice Cream in Minneapolis, it provided them with the opportunity to sell their ice cream in Stillwater, where they served generous two-scoop ice cream cones for ten cents in the 60s.

The store was sold to Bob Pasket and Chuck Kummeth in 1992, where they continued to serve the large ice cream cones that Nelson’s was known for. In 2006, Pasket made the decision to sell or close Nelson’s. The business was close to being shut down, much to the dismay of the community and the local paper.

In April 2006, after learning of the possible closure of the historical gem, Stillwater residents Bill Bergstrom and Dave Najarian purchased Nelson’s to preserve its position as a leader in the ice cream business. Najarian has more than 25 years of restaurant experience.

In May 2014, Nelson’s Ice Cream expanded the family owned and operated business to St. Paul. The St. Paul location is managed by Najarian’s son, Daved Najarian and his wife, Becky Najarian.

Nelson’s Ice Cream Stillwater and St. Paul locations continue to be family owned and operated by the Najarian family.