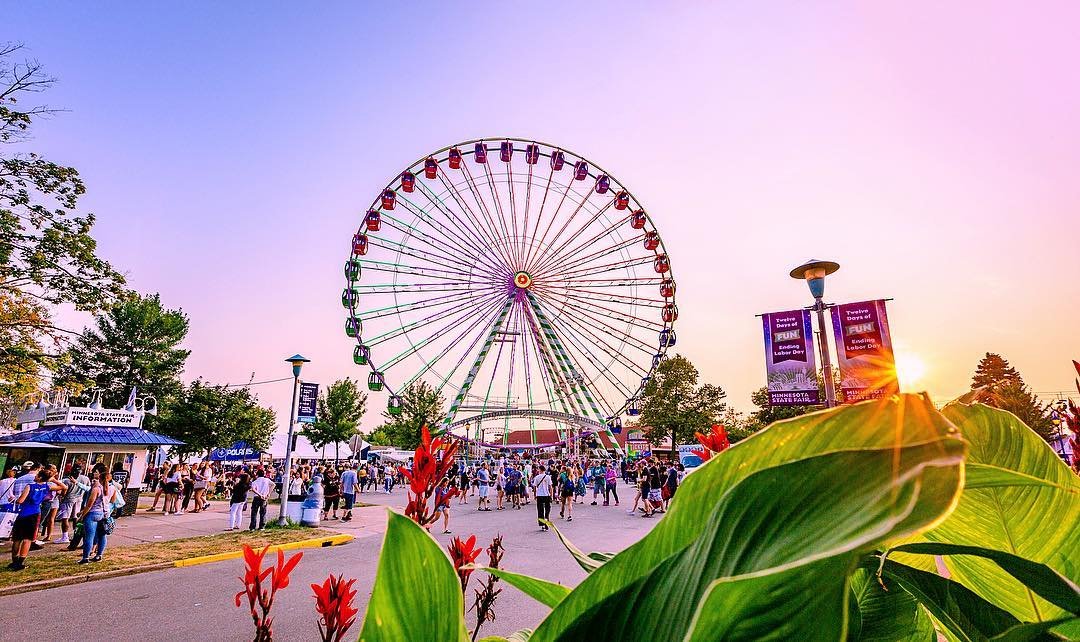 @nathanlphoto
…
Visit Saint Paul: Raise your hand if you’re counting down the days to the highlight of Minnesota summers @mnstatefair. Share your excitement by tagging your fair buddy and sharing what you love about The Great MInnesota Get Together!  First time at the fair? Haven’t been in forever? Find out everything you need to know about the Minnesota State Fair with helpful links here to specific fair information.
… 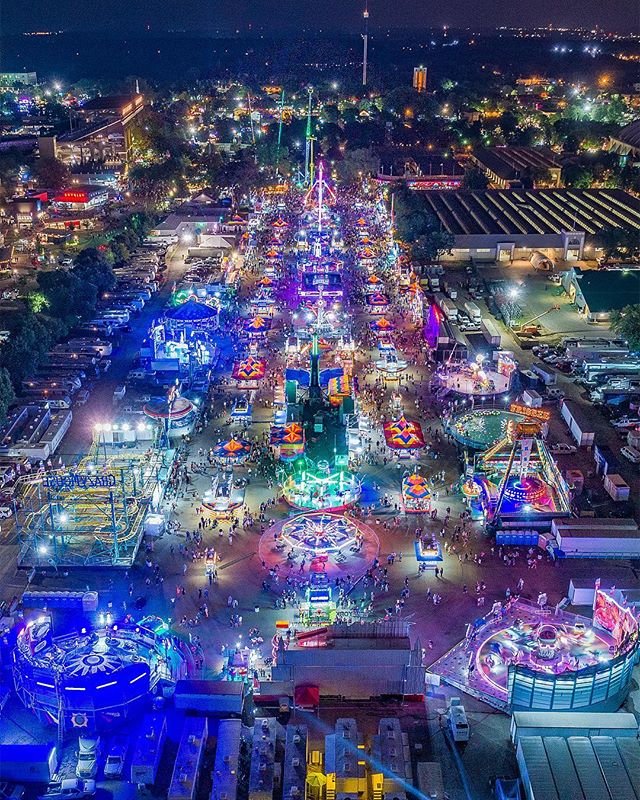 After three years of territorial fairs, the first Minnesota State Fair was held in 1859 near what became downtown Minneapolis. This was a year after Minnesota was granted statehood.

During the fair’s early years, the site of the exposition changed annually with stops in Minneapolis, St. Paul, Rochester, Red Wing, Winona and Owatonna. In the 1870s and early 1880s, civic groups from both St. Paul and Minneapolis worked relentlessly to provide a permanent home for the fair in their respective cities, but could not agree on anything. The State Fair finally found a permanent home at its present location when Ramsey County donated its 210-acre poor farm to the state for exclusive use by the Agricultural Society, the governing body of the State Fair.

Secure in its new surroundings, the State Fair began to grow. Physically, the fairgrounds blossomed to its current 322 acres. Architecturally, it is home to many historically significant structures including the Fine Arts Center, Progress Center, Grandstand, Lee & Rose Warner Coliseum and Agriculture Horticulture Building.

An important change in the State Fair over the years has been in the growing attractions offered to fair visitors. The character of early fairs was dominated by agricultural exhibits and competitions, reflecting the fair’s original purpose of encouraging farming in the state. While agriculture is still the primary focus with a bigger-than-ever presence, the scope of activities has broadened to include large-scale entertainment, technological and industrial exhibits, and participation of scores of education and government institutions.

Since its inception, the fair has been held every year with only six exceptions: in 1861 and 1862 due to the Civil War and U.S.-Dakota War, in 1893 because of scheduling conflicts with the World’s Columbian Exposition in Chicago, in 1945 due to federal government travel restrictions during World War II, in 1946 due to a polio epidemic, and in 2020 due to the COVID-19 pandemic.

It is important to preserve the past while looking toward the future. Started in 2008, the Minnesota State Fair archives staff continue to catalog and sort more than a century’s worth of history. The collection is currently made up of tens of thousands of photographs, postcards, maps, correspondence and more. Items are numbered, given a storage location and logged into a database for easy retrieval.

The archives are not open to the public. However, historical information is available through several venues. Through a grant received by the Minnesota State Fair Foundation, State Fair annual reports and competition results were digitally scanned and made available for viewing. Information on concessionaires, political figures, Grandstand productions and much more can be seen. To view the digital Minnesota State Fair annual reports and competition results from 1887 to present, use the digital archives. Navigation tips for the digital archives can be found here.

The State Fair History & Heritage Center, a centerpiece of West End Market, showcases the competition, entertainment, agriculture, food, merchandise, rides & games and Minnesota industry that have been at the heart of the fair for more than a century and a half. Developed in partnership with the Minnesota Historical Society and the Minnesota State Fair Foundation, the center reflects the progression of change at the fair. Exhibits bring to life the significant events, intriguing stories and inspiring traditions that have laid the foundation for the present-day Great Minnesota Get-Together. This center is free with fair admission and open daily during the State Fair from 9 a.m. to 9 p.m.

Despite the fair’s long and successful history, there is a need for new funds to improve aging facilities and provide educational programming while retaining traditions. In 2002, community leaders established the Minnesota State Fair Foundation 501(c)(3) as the nonprofit fundraising entity with the mission to preserve and improve the Minnesota State Fairgrounds and support State Fair agricultural, scientific and educational programs.