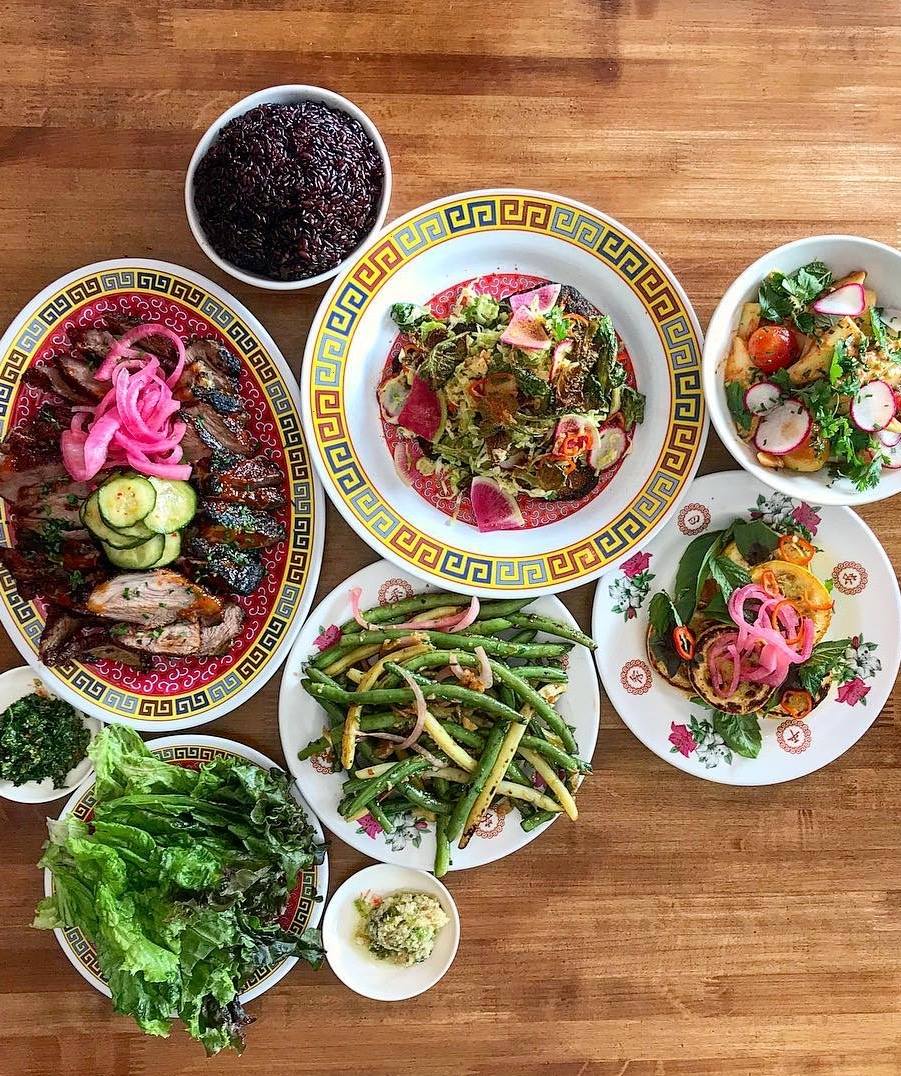 The Hmong people come from Southeast Asia (Laos, Vietnam, Thailand). They are nomadic with no country of their own, held together by their traditions, culture, art and cuisine. In the 1970s, many Hmong people left Asia for the United States after the Vietnam War, which brought Yia, Chris and their families to their new home in Minnesota.

Union Hmong Kitchen is a is a pop-up restaurant experience that features Hmong culture, stories, rituals, foods and flavors. We marry local traditions with those from back home in South and Eastern Asia to bring Hmong flavors to American palates. Every dish has a narrative and we look forward to sharing ours with you, through our food.

No matter where we were or what we were doing, we could hear the voice of my mom, a tiny Hmong woman, yelling for us to come to eat. My parents believed in eating at the table together for dinner. It was a time to take a pause in our lives and connect with each other. Sometimes there wasn’t much to talk about, and sometimes that was the moment my father took to give us a talking to. Regardless, the table was a big part of our family life. At the table we connected with each other and shared a meal. 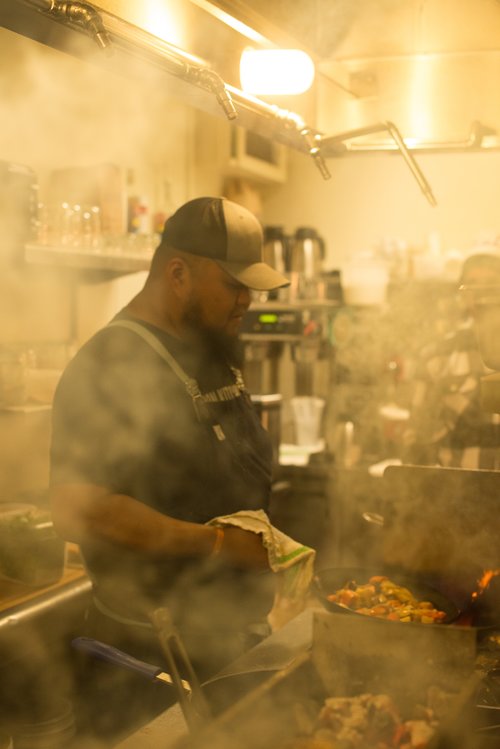 Vang was born in a Thai refugee camp, came to the United States at five years old, and eventually arrived in the Twin Cities as part of the largest urban Hmong population in the world. He cooked at Nighthawks, Borough, and Gavin Kaysen’s Spoon & Stable before starting Union Hmong Kitchen, and serves as a passionate, tireless, funny, and forgiving advocate for Hmong food as an expression of Hmong culture.

Chris was born and raised in the East side of St. Paul. After high school, he pursued a degree in accounting from the University of Minnesota Duluth. While in UMD, he found a love and passion for cooking by making dinner for his roommates and friends. After graduation, he began his career in Accounts Payable at 3M, but after a taste of the corporate world there was another taste lingering in the back of his heart…his passion for cooking. He left his office job and started working as a line cook by night and pop-up business owner by day.

← Where to Eat and Drink After Pond Hockey Around Lake Nokomis - Minneapolis, MN The 12 Restaurants You’ll Want To Eat At In Minnesota In 2020 →
more eat/drink