The James J. Fiorentino Foundation and Museum: The Preservation of its Collection’s Cuckoo Clocks 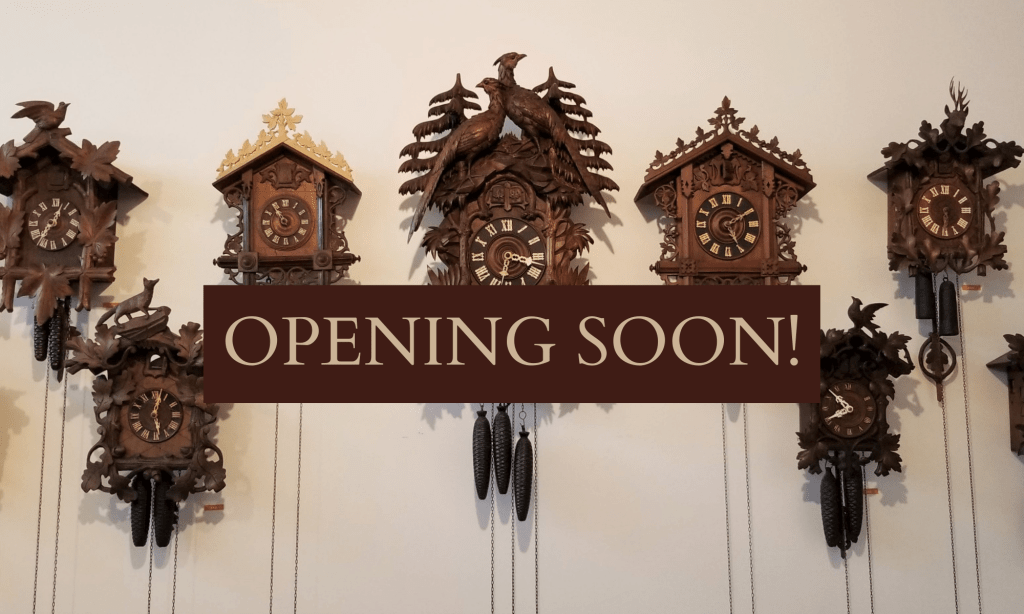 Beginning operation in 1948, the building was originally intended to store aluminum from the nearby foundry. Instead, it became storage for large coils of army surplus wire. Enter the Fiorentino brothers: James, Antonio, Orlando, and Frank.

In the 1950s, the brothers founded Custom Door Sales, Inc., building and installing garage doors. It went through a number of partnerships and name changes until James retired and sold the business to his nephew in 1990. It moved to another location, and James made the warehouse his own.

He filled the walls and cases with a wide variety of objects, such as Black Forest cuckoo clocks; wood carvings; unique musical instruments; and rock spheres, which were polished and shaped by him. It was his vision to open the collection to the public as a museum, and was incorporated as a nonprofit museum in 2007.

The James J. Fiorentino Foundation and Museum is currently closed to the public for renovations and other preparations. We are planning to open in 2021, though the date is subject to change based on project timelines. Updates regarding our opening date will be posted here as they become available.

Located in the heart of the North Loop neighborhood in Minneapolis, Minnesota, the James J. Fiorentino Foundation and Museum is home to a large collection of Black Forest cuckoo clocks, geologic specimens, vintage musical objects, and other intriguing items, embracing the beauty of human ingenuity and craftsmanship.

The James J. Fiorentino Foundation and Museum seeks to inspire an appreciation of human craftsmanship through the display and preservation of its collection’s cuckoo clocks, vintage musical novelties, and numerous curiosities, in so doing honoring the memory of its founder.