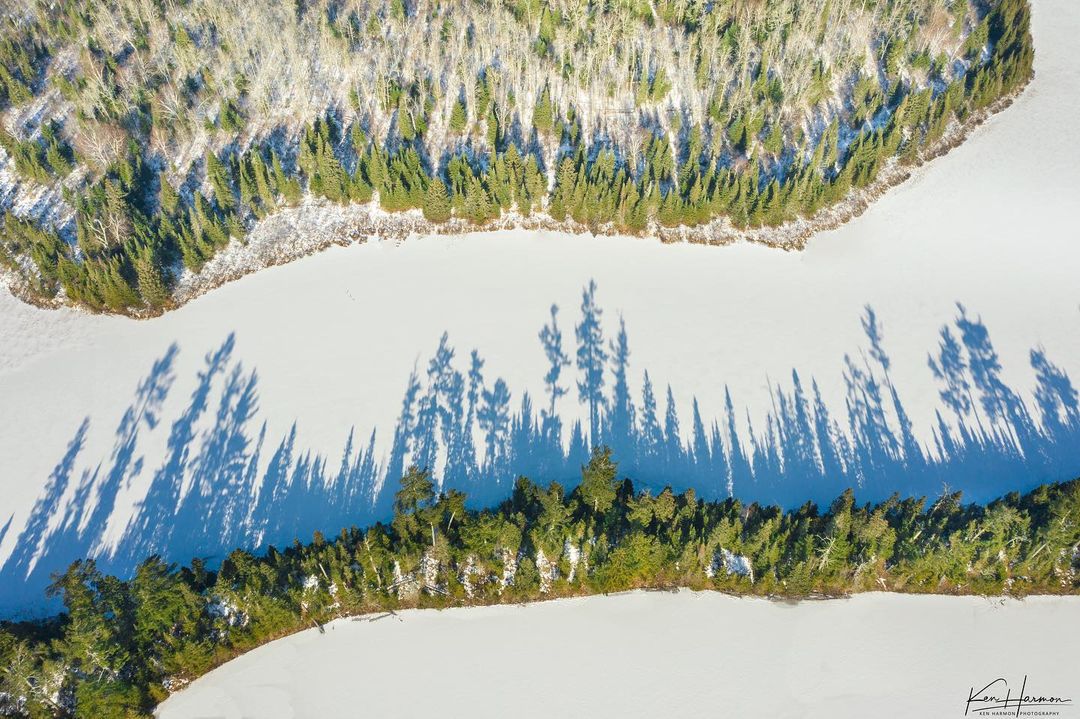 mprnews: A lot of the raw material that’s used to make holiday decorations — from Christmas wreaths and garlands to potted evergreen arrangements — comes from Minnesota’s north woods, where there’s a thriving cottage industry of harvesters and distributors. But as the market has grown, so has the opportunity for spruce thieves looking to make a quick buck. 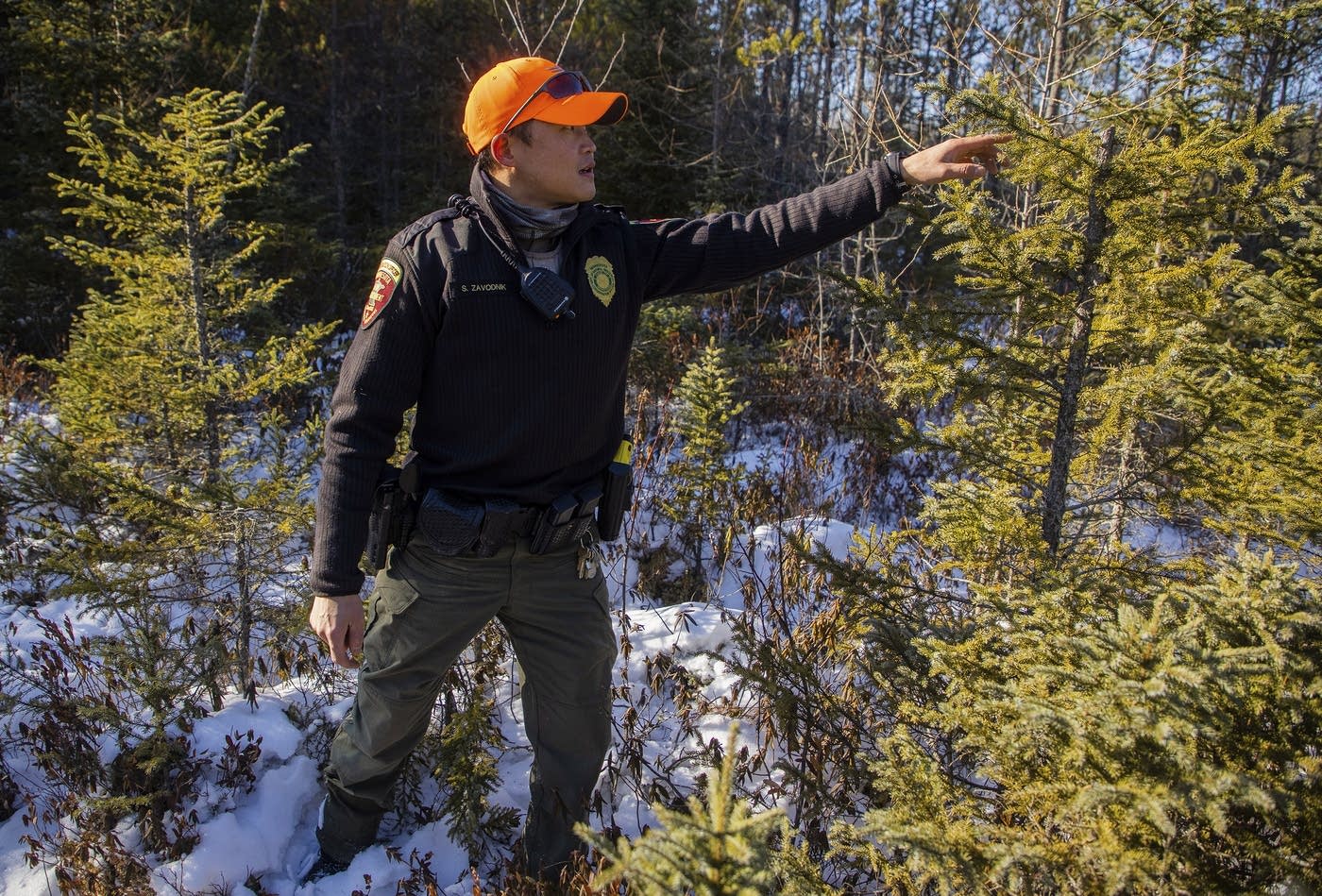 Shane Zavodnik, a conservation officer with the Minnesota Department of Natural Resources, has been investigating reports of theft in his district on the Iron Range all season. This year, the COVID-19 pandemic has prevented many suppliers from Canada from selling across the border. So spruce thieves have stepped in to take advantage of that gap.

A few weeks ago, Shane Zavodnik was hopping through a snowy bog, struggling to keep his boots dry, when he spotted the telltale signs of an unusual crime.

Every few feet, the tops of young spruce trees had been lobbed off.

Zavodnik, a conservation officer with the Minnesota Department of Natural Resources, has been investigating reports of theft in his district on the Iron Range all season.

“We’ve been getting spruce top theft complaints since the middle of September, and it’s just consistent and constant,” he said.

The footlong evergreen tops of small, immature spruce trees — often just 5 to 8 feet tall themselves — that sprout out of northeastern Minnesota’s boreal forest are all the rage in home holiday decor. When potted up, the spruce tops look like miniature Christmas trees, popular as tabletop centerpieces or on suburban front porches.

Northern Minnesota is home to a thriving cottage industry of harvesters and buyers that supply a growing holiday greenery market — for birch logs, spruce tops and the balsam boughs used to make garlands and wreaths.

But this year, the COVID-19 pandemic has prevented many suppliers from Canada from selling across the border. So spruce thieves have stepped in to take advantage of that gap.

“We’ve had cases from International Falls all the way down to the Twin Cities,” Zavodnik said, “including out-of-state buyers, as well.”

The people illegally cutting the spruce tops, he said, are going to great lengths to avoid detection. They work late at night, and use fluorescent tape to mark their trails into the spruce swamps, so they don’t get lost on the way out.

It’s hard, wet, cold work, but can be lucrative. Zavodnik said the tops can sell for as much as a dollar apiece to unlicensed buyers.

So far this season, conservation officers in Minnesota have seized well over 15,000 spruce tops. That’s the most they’ve ever confiscated in a year. Still, it’s a tiny fraction of the overall, legal market.

In 2005, the state DNR reported that holiday greenery made up a $23 million industry in Minnesota. But as the popularity of decorative products like centerpiece Christmas trees and greenery arrangements has surged in recent years, that figure is likely much greater.

“What we’re doing in terms of volume versus what you may read in the paper [about seizures of illegally cut tops] … it’s a rounding error, it doesn’t even register,” said Sean Timonen, whose family business, Black Spruce Holdings, harvests spruce tops every season.

This year, Timonen and his dad, his brother David, and a few dozen crew members cut 1.1 million spruce tops. That’s enough to fill about 50 big refrigerated trucks. Their company is one of the biggest legitimate players in the local industry. They buy permits to remove spruce tops from state and federal landowners, or pay private landowners for access to their trees.

They’ve even designed and fabricated their own fleet of specialized vehicles: Instead of wheels, the machines run on tracks that help spread out their weight, to prevent damage to sensitive spruce bogs.

“They definitely garner some looks when we’re driving through an area, because they look like mini tanks,” Sean Timonen said.

The business they started as a side hustle 20 years ago now sells to commercial greenhouses, which use the spruce tops to make decorative holiday pots that are then sold nationwide.

“Our largest account took over 400,000 tops,” Sean Timonen said. “That’s many, many pots that are being made [and sold] to retail chains across the country.”

“Some of the small nurseries are also driving the business,” said Dave Timonen. “They’re even putting on pot-building seminars where people pay $20 and get the end product when they’re done with it.”

State data reflects the popularity. This year, the DNR sold enough permits for more than 1.2 million spruce tops to be harvested statewide. That’s more than double the permits the agency sold last year, and four times that of 2017.

The DNR also sold about twice as many buyer’s licenses this year as it did last year. In 2019, in an effort to crack down on the illegal trade, the state legislature passed a law that for the first time required buyers to obtain licenses, and to check with harvesters they purchase from to ensure they’re following the law when cutting spruce tops and other material.

DNR officials argue that illegal harvesting means that private and public landowners aren’t fairly compensated for resources taken off their land. They argue that it’s also unfair to others in the industry who harvest the spruce tops within the bounds of the law. And if it’s not done correctly, it can damage the trees.

But when the tips are removed properly, trees respond by “throwing up a new leader of growth,” said Kristen Bergstrand, a marketing consultant with the DNR’s forestry division.

“It can make the tree not have as good a form,” she said, but it doesn’t kill or damage it.

In fact, after five to 10 years, people can harvest the tops again.

“It’s a pretty big industry, and it’s a sustainable industry,” said Shelly Patten, who oversees enforcement for the Minnesota DNR in northeastern Minnesota. “As long as everybody does it legally.”

In fact, after five to 10 years, people can harvest the tops again.

“It’s a pretty big industry, and it’s a sustainable industry,” said Shelly Patten, who oversees enforcement for the Minnesota DNR in northeastern Minnesota. “As long as everybody does it legally.”

← 'I'm going to do whatever it takes': Minnesota Restaurants Brace for Challenging Month Ahead! We Want to Focus Your Attention on a Climate Crisis Happening Right Now and Right Here in the North →
more people/passions