Pine Island Cheese Festival is an annual festival in Pine Island, Minnesota. It’s been going on for nearly 100 years, since 1936, and it celebrates the town’s place as the Cheese Capital of the World. In 2022, the festival takes place on the weekend of June 3rd – 5th.
…
Link here for event schedule! 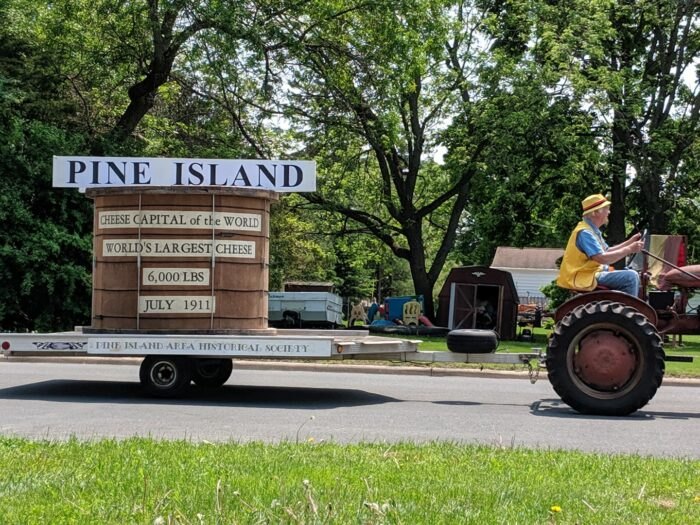 Among the early immigrants who settled the Pine Island area were dairy producers from “the old world” of Western Europe. The area was blessed with an unusual concentration of families who were fine craftsmen in the art of cheese making by curdling milk. There were 30-40 small cheese factories in and around Pine Island in the early years, and circa 1940 about thirty of those small factories consolidated to form the Pine Island Cheese Factory. By 1936, Pine Island, although known for its high-quality affordable cheese, found business lagging. Area producers admonished everyone to “Eat more cheese!” In a renewed effort to again promote their product, the Pine Island Business Club held the first Cheese Festival on September 29-30, 1936. 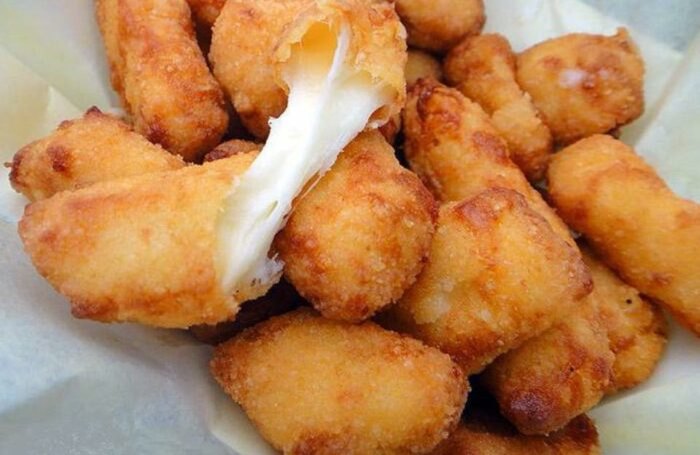 Area cheesemakers brought samples of their best work to Mahler’s Furniture where each piece was judged for quality and cash prizes were awarded. To add interest and bring people to town, Bazinet Amusement Corporation provided a merry-go-round, Ferris wheel, concession stands, dancing girls and other entertainment. In addition, townspeople

were treated to athletic events, speakers, fireworks, and a dance. The highlight of the celebration was a two-mile parade of floats and local bands, reined over by Queen Joy Morris. It was estimated that over 15,000 people enjoyed the festivities.

The Festival was put on hold during World War II. When the Festival was revived in 1949, it was then moved to the first weekend in June and is now known as the opening festival of the summer in Southeast Minnesota!

The Festival was moved in 2015 to the Trailhead Park, and the Creamery, both part of the rich history of the Festival. The move was made for safety concerns and other considerations, and the new venue was equipped with the infrastructure needed to support an entertaining summer festival grounds.

The Trailhead Park and Creamery location is ideal allowing food vendors to be conveniently located on the Trailhead Parking lot, Kids Day and Entertainment are held under the tall cool trees of Trailhead Park, a Craft & Vendor Market can be found in the well-shaded grassy area behind Island Market, and the lively Carnival lights-up the evenings on County Rd 11 as you approach Pine Island from Hwy 52. The historic Creamery is the classy venue for the Cheese, Wine & Beer Gala. Wander outside onto the patio, wine in hand making small talk while sampling and judging your selections from the plate you stacked too high inside. It is a taste testing extravaganza from vendors in casual walk-thru surroundings. A perfect event to take a date, meet-up with neighbors, gather with old friends and new acquaintances for laughs, good times and great memories.

As the Festival adapts and continues to evolve after 85 years, the mission of the Cheese Festival Committee is to simply provide the Pine Island community and its guests a three-day festival of family fun, and entertainment!

Did you know the American Swedish Institute has a line-up of delicious baking classes all Summer long?