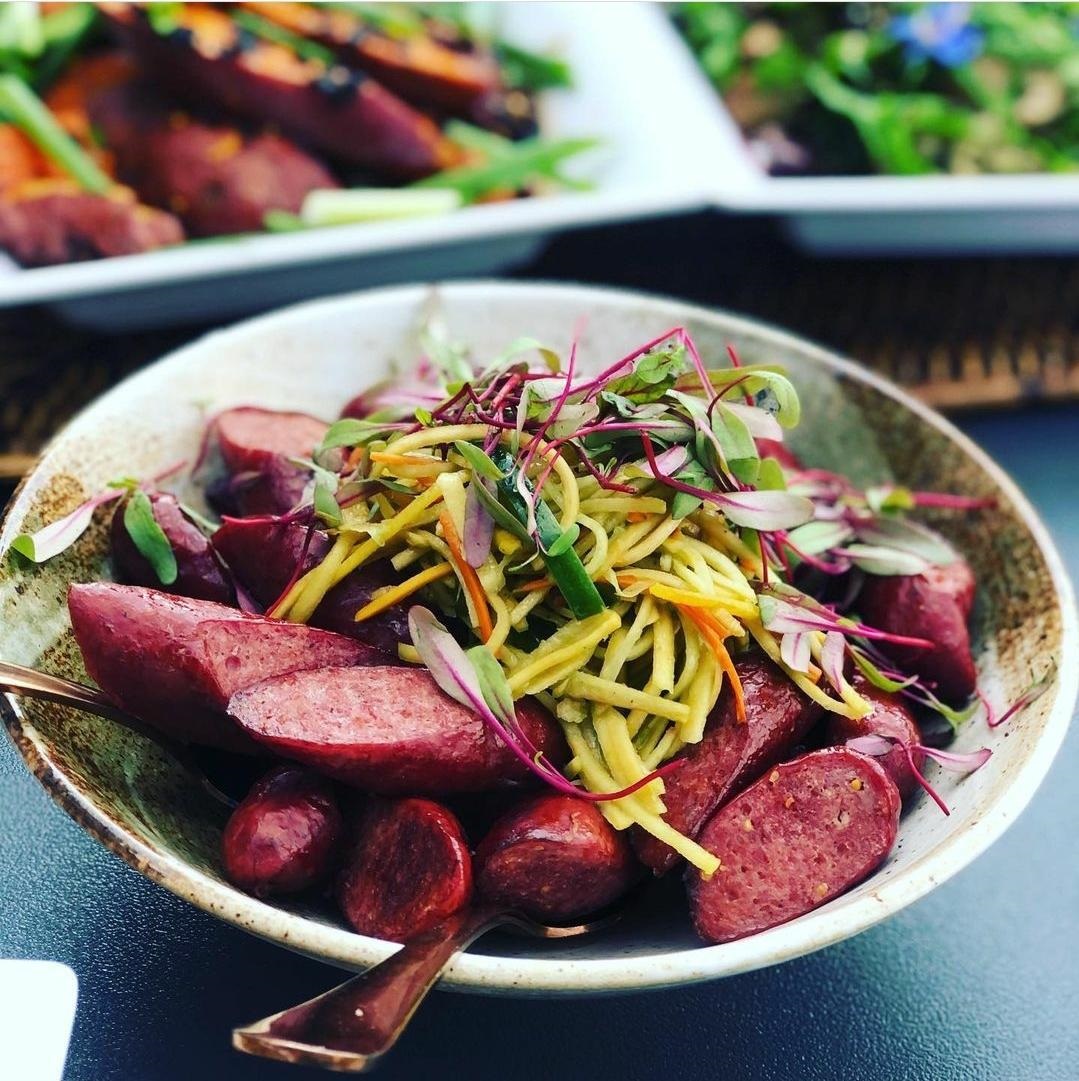 by THE Sioux Chef

Experience the true flavors of North America, featuring foods of Mni Sota Makoce, Land Where the Waters Reflect the Clouds.

Located at OwamniYomni, the sacred site of peace and well-being for the Dakota and Anishinaabe people.

We prioritize purchasing from Indigenous food producers locally and nationally. We have removed colonial ingredients such as wheat flour, cane sugar and dairy. We are proud to present a decolonized dining experience. 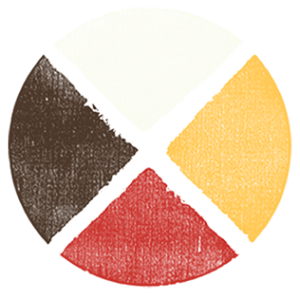 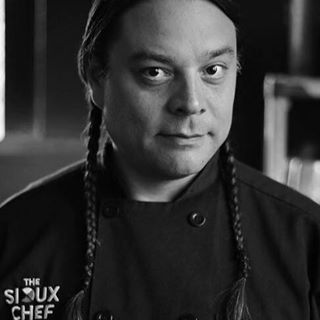 Sean Sherman, Oglala Lakota, born in Pine Ridge, SD, has been cooking across the US and World for the last 30 years.  His main culinary focus has been on the revitalization and awareness of indigenous foods systems in a modern culinary context.  Sean has studied on his own extensively to determine the foundations of these food systems which include the knowledge of Native American farming techniques, wild food usage and harvesting, land stewardship, salt and sugar making, hunting and fishing, food preservation, Native American migrational histories, elemental cooking techniques, and Native culture and history in general to gain a full understanding of bringing back a sense of Native American cuisine to today’s world.

In 2014, he opened the business titled The Sioux Chef as a caterer and food educator to the Minneapolis/Saint Paul area.  In 2015 in partnership with the Little Earth Community of United Tribes in Minneapolis, he also helped to design and open the Tatanka Truck food truck, which featured pre-contact foods of the Dakota and Minnesota territories.  Chef Sean and his vision of modern indigenous foods have been featured in numerous articles and radio shows, along with dinners at the James Beard House in Manhattan and Milan, along with teaching and sharing his knowledge to gatherings and crowds at Yale, the Culinary Institute of America, the United Nations, and many more.

The Sioux Chef team works to make indigenous foods more accessible to as many communities as possible. To open opportunities for more people to learn about Native cuisine and develop food enterprises in their tribal communities, we founded the nonprofit North American Traditional Indigenous Food Systems (NATIFS) and are working to launch the first Indigenous Food Lab restaurant and training center in Minneapolis. 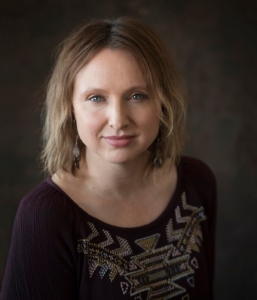 As co-owner of the company The Sioux Chef, Dana Thompson, lineal descendant of the Wahpeton-Sisseton and Mdewakanton Dakota tribes and lifetime Minnesota native, has been working within the food sovereignty movement for the past six years. Within that time, she has traveled extensively throughout tribal communities engaging in critical ways to improve food access. Last year Dana jointly founded the non-profit NATIFS (North American Traditional Indigenous Food Systems) for which she is acting Executive Director. Through this entity, she will focus her expertise on addressing and treating ancestral trauma through decolonized perspectives of honoring and leveraging Indigenous wisdom.

Owamni is located inside the Water Works Pavilion in Mill Ruins Park, between 3rd Ave S and 5th Ave S.