One of Minneapolis’ best cocktail bars has a new focus: Cutting out alcohol 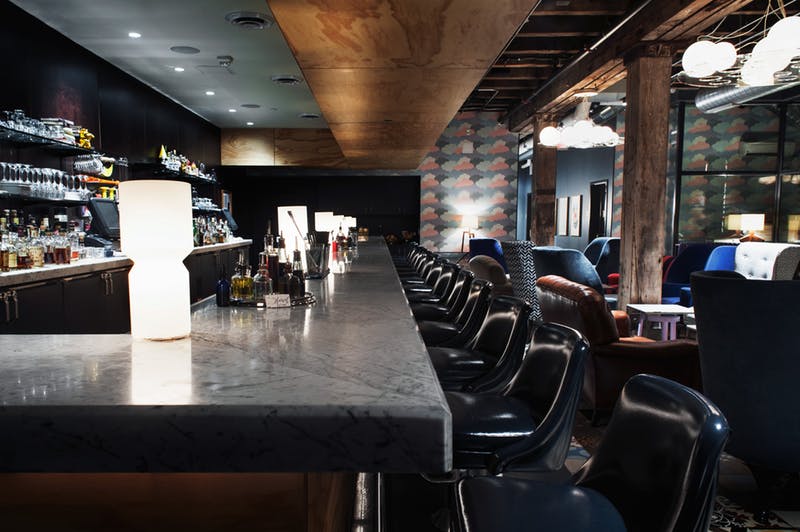 At Marvel Bar, the subterranean North Loop speakeasy that also happens to be one of the best places to get a cocktail in the Twin Cities, the staff is always experimenting. Last spring, it was an exploration into gin; they shifted focus to foraging over the summer. Most recently, they embarked on a four-month deep-dive into brandy.a short hiatus, it’ll be with a new theme unlike any of those alcohol endeavors.

But when the bar reopens after a short hiatus, it’ll be with a new theme unlike any of those alcohol endeavors.

“What that means right off the bat is a menu dedicated to new cocktails that don’t contain alcohol,” says Peder Schweigert, general manager at the Bachelor Farmer’s basement neighbor. “And we’re in the process of minimizing alcohol’s visible impact in the space as well.”

We’ve reported on the Twin Cities’ growing temperance movement a lot lately, from the non-alcoholic spirit Seedlip to the most inventive and refreshing NA drinks available around town. Shoot, the movement is becoming so widespread that we added a mocktails category to our Best Of issue last year, an honor that went to the sophisticated boozeless beverages at Eat Street Social.

But for a bar bar, a speakeasy—a place where the only food you can order is Cheetos—to cut back on the alcohol? That’s a little different.

Schweigert and co. are willing to bet that people will be interested, and so far it looks like they’re right. The Instagram post announcing the new menu has collected more likes and comments than just about any photo Marvel Bar has posted to date—“almost all for the positive. It’s definitely resonated with people,” he says.

This is an area of particular interest to Schweigert, who—like Marvel Bar co-owner Eric Dayton—doesn’t drink. It’s a creative exercise for the rest of the staff, too: If you don’t have alcohol to lean on, what’s the best way to achieve the depth and complexity a fermented drink brings? (Expect to see some of the stuff from last summer’s foraging-focused menu—milkweed flowers preserved with sugar and rice vinegar, fermented honey, savory-funky mushrooms—in this new menu.)

“We’re totally a bar, and that’s what we plan on being for ever,” Schweigert says, noting that there are no plans to stop serving alcohol during this four-month experience or after. “But we’re a community space, we’re a space that is customer-facing, and we want to make sure that anybody walking through here is as comfortable as possible.”

His hope is that by pushing the bar to the extreme, when they dial it back in April they’ll be even more equipped to meet the needs of everyone who comes through.

“We’re not just about the alcohol,” Schweigert adds. “We’re there for weddings, for birthdays, for celebrations—for those moments in your life that are more important than just alcohol.”

by Emily Cassel in Food & Drink