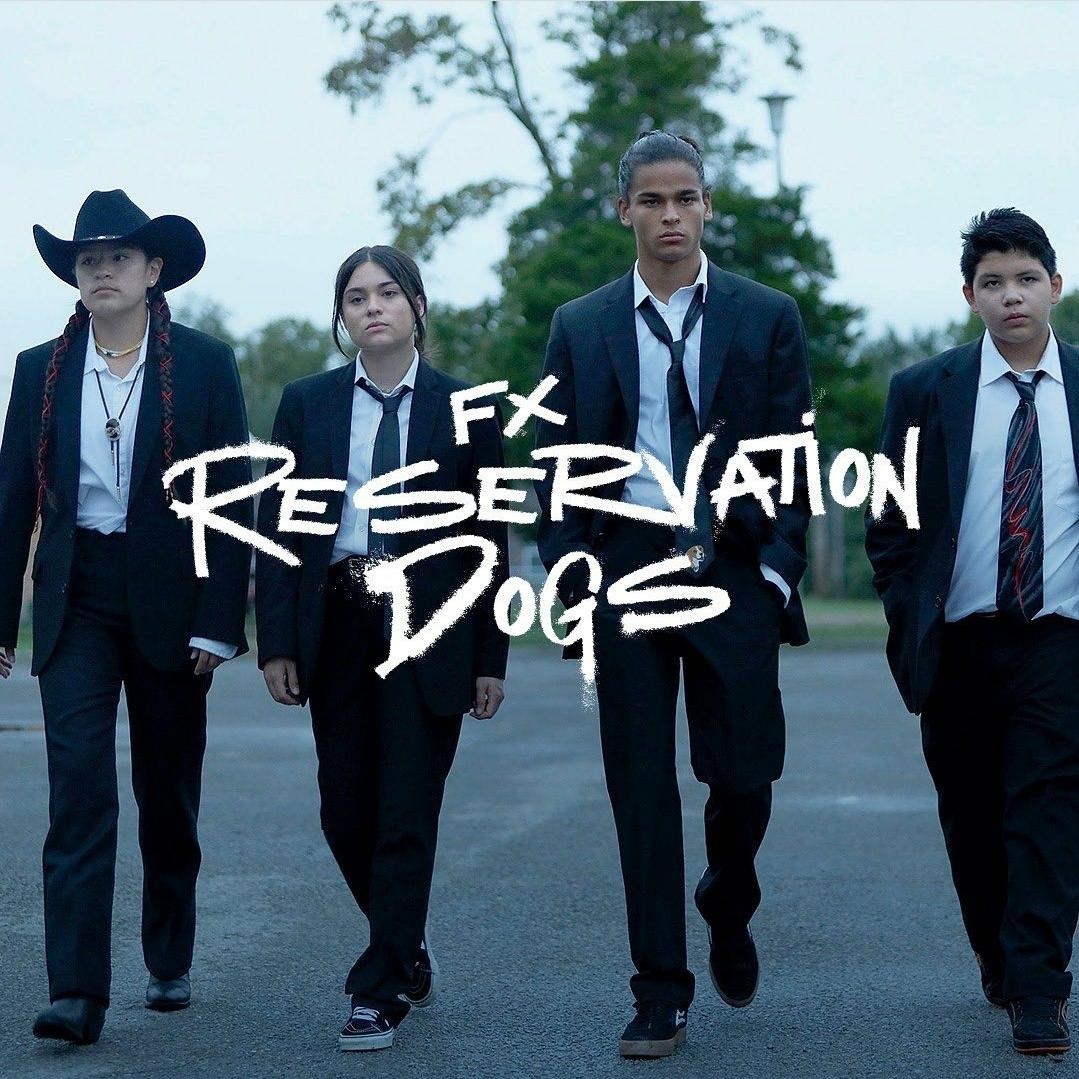 Looking for a new show? “Reservation Dogs” (@RezDogsFXonHulu) smashes stereotypes of Indigenous people. “There’s been 130-something years of cinema and we’re finally showing ourselves as human beings, which shouldn’t be radical, but it is pretty radical today.”

From Co-Creators and Executive Producers Sterlin Harjo and Taika Waititi, Reservation Dogs is a half-hour comedy that follows the exploits of four Indigenous teenagers in rural Oklahoma who steal, rob and save in order to get to the exotic, mysterious and faraway land of California.

“Bear Smallhill” (D’Pharaoh Woon-A-Tai) is destined to be a warrior, and a leader. The only problem is he’s not a good fighter, and the gang doesn’t really consider him the leader. But with the guidance of a questionable spirit guide, he just might get there. “Elora Danan” (Devery Jacobs) may be the true leader of the group. But she’s so focused on getting to California, and so oblivious to her own power, that she often can’t see the beauty and goodness in herself and all around her. Street-smart tough girl “Willie Jack” (Paulina Alexis) is the beating heart of the group. She’s always looking out for her crew. Meanwhile, “Cheese” (Lane Factor) is the gentle, quiet ride-or-die who is so willing to go along with the group that he never stops to consider what his own dreams might be.

One year ago, Daniel, the fifth member of the Reservation Dogs, died. Struggling to make sense of the loss, the remaining four blame their boring, small town and its ability to crush the spirit. They decide to honor Daniel by adopting his dream of getting to California as their own. To succeed, they will have to save enough money, outmaneuver the methheads at the junkyard on the edge of town, constantly dodge conspiracy-obsessed Lighthorseman “Big” (Zahn McClarnon) and survive a turf war against a much tougher rival gang, led by the enigmatic “Jackie” (Elva Guerra).

Filmed on location in Okmulgee, Oklahoma, Reservation Dogs is a breakthrough in Indigenous representation on television both in front of and behind the camera. Every writer, director and series regular on the show is Indigenous. This first-of-its-kind creative team tells a story that resonates with them and their lived experiences – and invites audiences into a surprisingly familiar and funny world.

…
← Gary Paulsen: “The most important thing you can do is read.” How 'Do It In North' Came To Be - It's Our Second Anniversary, Thank You! →
more people/passions