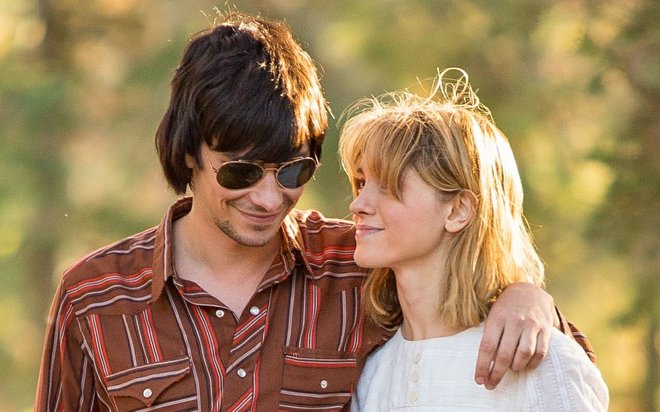 The arrival of the Minneapolis St. Paul Film Festival usually means the addition of many more movies to add to your to-watch list. But, like every other social gathering, it’s been postponed until future notice. Luckily for us, a few of the movies have been released digitally, including the 1970s-set drama, Tuscaloosa.

Despite taking place in Alabama, the film is very, very Minnesotan. It’s directed by Phil Harder, a Minnesota native, set in Northfield and other parts of the state, has music by the Duluth-based band Low, and has 89.3 host Mary Lucia in a small role. Despite all that, I, as a native Minnesotan, did not recognize my home state, and saw only 1970s Tuscaloosa. (Although, there is one scene where I may or may not have shouted out, ‘That’s TOTALLY Lake Superior’).

The film has a star-studded cast. If the possible delay of season 4 of Stranger Things has got you missing some of your favorite actresses, apparently Minnesota is the place to go. Before Winona Ryder was here for her Welcome to Winona Super Bowl ad, Natalia Dyer was here filming for Tuscaloosa. In addition to Dyer, Devon Bostick, YG, and Tate Donovan all have starring or large supporting roles.

The film, based on Glasgow Phillips’ novel of the same name, takes place in the 1970s in the titular Alabama town. It follows the story of a recent college grad, Billy (Devon Bostick), who’s working on the grounds of his father’s (Tate Donovan) mental institution, where he meets and falls for Virginia (Natalia Dyer), a woman who was institutionalized for allegedly being a nymphomaniac.

“This isn’t even a medical term used today,” Harder says. “It was something used by psychiatrists and officials to try to keep independent women down.”

This is Harder’s first full-length film. Prior to this, he primarily worked on music videos for bands like Trampled by Turtles, the Foo Fighters, and even Prince. Even though the movie shot just last year, it’s been in the back of Harder’s mind since he read the book back in 2000.

“I didn’t even quite understand what we now call white privilege, and that really opened my eyes to look at how racism can just be institutionalized generation after generation, and that’s why I thought the novel is extra special.” Harder says. Harder met Phillips after reading the novel, where they talked about everything but the book, but agreed to keep in touch. Over the years, they met up a number of times, and Harder even invited Phillips to see him shoot a music video, hoping to show him that he was a legitimate filmmaker. It wasn’t until 2015 when Phillips said that the book was still available to be made into a movie. Harder got to work right as the 2016 election was happening.

“It felt like we were dealing with these same issues again that were so apparent in 1972—and that was a very liberal time. There was a huge anti-war movement, women’s liberation was on the forefront, black power movement,” Harder says. “ So, we were just really happy to put this movie out in 2020 during an election year where a lot of these issues, I think, are still relevant.”

Although the film may appear to be a love story, the themes go into feminism, race relations, and going to fight for a war you might not believe in. It’s a lot to have for one movie, but the cast and crew went to great lengths to do the film justice. Harder even created a few new scenes during filming to further flesh out the characters, including one where YG was given African American Vietnam War veteran interviews to use as inspiration for his own lines.

If you’ve been wanting to take a trip to the lake, or to go explore somewhere, anywhere else, obviously now isn’t the best time. However, with Tuscaloosa streaming online, it’s easy to satisfy your craving for a change of scenery and familiar Minnesotan views simultaneously.