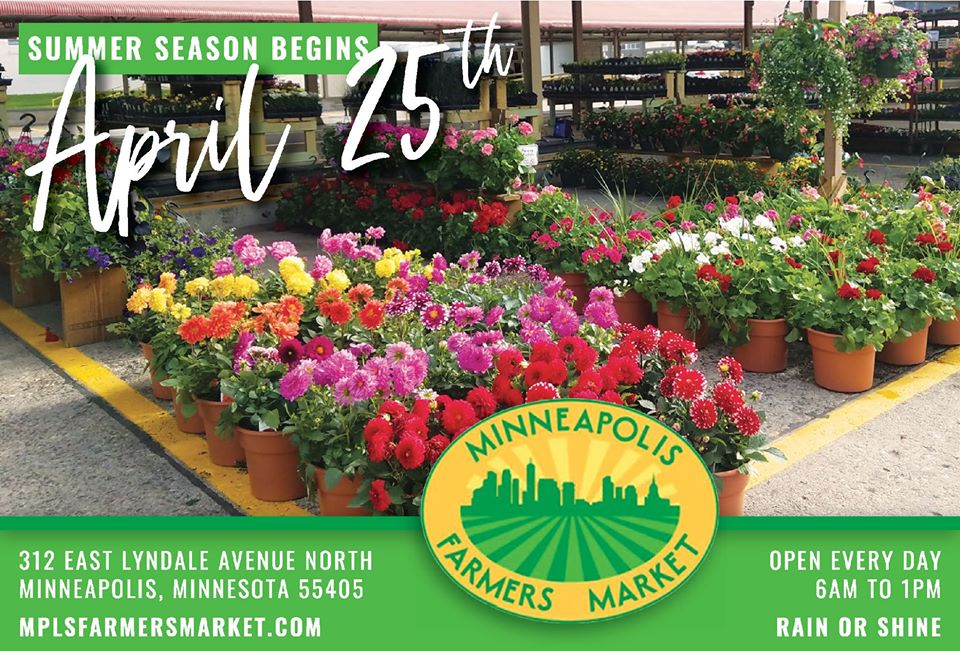 At the Minneapolis Farmers Market, we take great pride in our longstanding history. Since our Lyndale Market opened back in 1937, we’ve been a source for fresh produce and products for people all over the Twin Cities area.
Our roots in the Twin Cities actually run even deeper and longer. Minneapolis’ outdoor Fruit and Vegetable Market – the precursor of today’s Market – opened in 1876 at the corner of First Street and Hennepin Avenue. It was one of the few sources of fresh produce in the area at the time. The market drew customers and vendors from up to 20 miles away – and that’s no quick trip when you’re traveling by horse and cart.
While the first market closed in 1891, a second one opened at Third Avenue North and Sixth and Seventh Streets, drawing over 400 vendors from as far away as 60 miles. Thanks to those vendors and investors who funded nearby produce warehouses and wholesale outlets, Minneapolis grew to be one of the top fruit distribution centers in the United States in the early 1900s.
By the early 1930s, the Third Avenue market had outgrown its location. And in 1937, our current Market opened at Lyndale and Glenwood Avenue North, marked by the three signature red sheds that still cover our Market.
Today, we support about 230 vendors who alternate the use of our 170 stalls. And since outgrowing our downtown location over 80 years ago, we’ve added the Nicollet Mall Market, bringing us back to where it all began.

Who else is excited for farmers market season? Although you may not get much for produce in the early days of the market, you can expect to see leafy greens, herbs, asparagus, and rhubarb in the first month or two. And there's always delicious ready-to-eat snacks at the @mplsfarmmarket. Opening day is April 25.⁠ ⁠ Follow the link in our bio to see what other products will be available. ⁠ ⁠ #sponsored