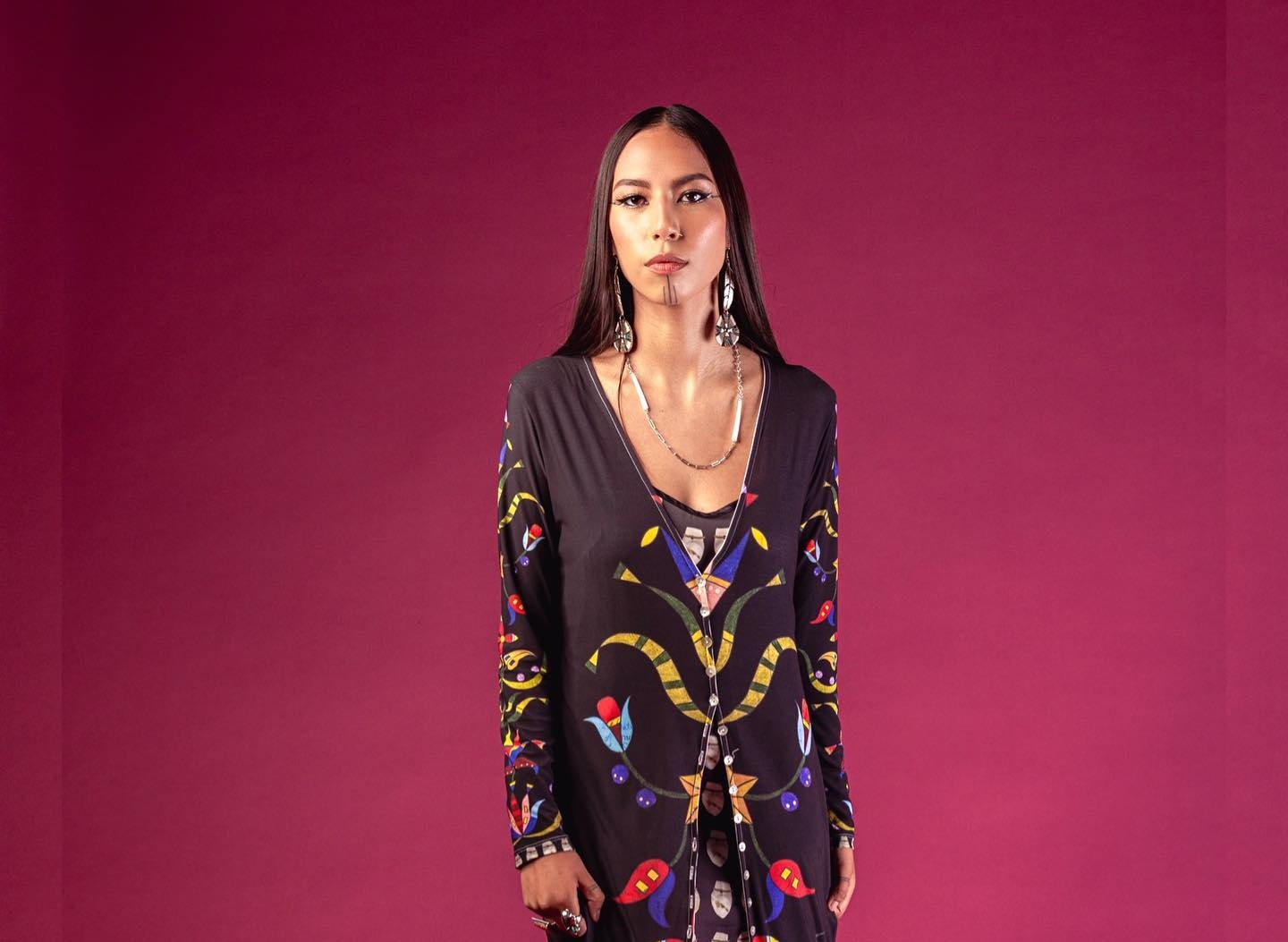 Being a sought after artist and designer her work is in numerous public and private collections throughout the United States, Canada and the World, including the The National Museum of American Indian Washington DC and New York City, The Heard Museum, Phoenix AZ, Buffalo Bill Center of the West, Plains Indian Museum Cody Wyoming, and Red Cloud Heritage Center Pine Ridge SD. You can find her work and mentions in publications such as Vogue, InStyle Magazine, New York Times, Fashion Magazine, Cowboys & Indians Magazine, Cosmopolitan and numerous national and international publications.

Lauren has passion for promoting and revitalizing the arts of her people while developing new methods and incorporating new trendsetting ideas in both the art & designs communities. She has been creating Native American art since age 6. Starting out with beadwork and Tribal regalia, she then expanded her work into mediums such as quillwork, ledger drawings, rawhide parfleche, and fashion design.

She holds a Bachelor of Arts degree in Indigenous Studies from the Institute of American Indian Arts and Culture in Santa Fe, NM. Lauren lives on the rolling hills of North Dakota, her traditional homelands. She continues to be steeped within the cultural life ways of her people and actively helps with language and culture revitalization efforts, participates in cultural celebrations, powwows and her tribal ceremonial doings.  Her role as a mother and woman of her tribe guide her to continue on the arts of her people for the generations to come.