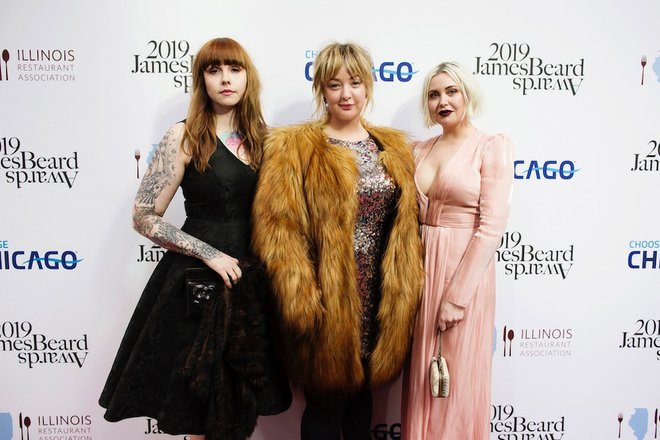 The James Beard Award semifinalist list is out! That’s the long, long list that the eventual short nominations list will be culled from, and announced on March 25, leading to the anointment of winners in May. At this point in my career I might really love the long list most—possibly how baseball writers come to love spring training most, when all things are possible? Possibly because the voting is political and regional, and in the national categories there are simply more coastal voters who support their hometown heroes, eliminating Minnesota contestants from the pack. (I am talking about James Beard awards here, not presidential candidates, although of course the dynamics are identical.) I also love the long list because it functions as both a mirror and stress test on our local restaurant system, showing what outside forces see and bring to light when they examine what’s going on here.

What do I see when I read this year’s long list/mirror/stress-test?

Minnesota is having it’s strongest year ever, nationally:

Last year was our local Year of the Woman. But that year, and every year before this one, the Twin Cities has tended to mainly give our attention to the single local James Beard Award category of “Best Chef Midwest”, because that’s the only place we’re nominated. I mean, there have always been a few nominations in the national categories, but a very few. This year is different! We’ve got six nominations in national categories, compared to a mere five in best-chef-midwest category. Pretty sure this is our first ever time having more national than regional nominations.

But who is nominated? The big shockers are our young guns, Marco Zappia, for Outstanding Bar Program at Colita, and Rikki Giambruno of Hyacinth, for Rising Star Chef of the Year.

Colita is one of two places for the new, small, killer empire run by chef Daniel Del Prado, comprised of Martina and Colita, and the bar program at Colita is absolutely brave and idiosyncratic, composed as it is based entirely on unique-in-the-world house ferments. In a world where you can travel around the world and eat at a thousand restaurants and have a Cuervo margarita in all of them, it’s frankly both staggering and rewarding to see something so unique being recognized. Of course I had to call Zappia to offer my congrats. “Holy shit,” said Zappia, after being woken up by text barrage. “I thought we were three years away from this at least. It feels really good.”

Rikki Giambruno up for Rising Star is also meaningful. This is a tough category, because it’s for chefs 30 and under, and while it’s very good to have a category to recognize emerging talent, it’s an incredibly high bar for a chef to reach the top of someone else’s kitchen by 30, never mind put together the resumé, financing, business plan, find the space, and get the doors open and good reviews under your belt by 30. That Giambruno was able to do this is testament to his drive, and also testament to the still small-business-friendly and affordable nature of St. Paul. Take a bow, Saint Small, one of your young ones is among the best this country has.

Restaurant Alma, founded and led by stalwart and ethically-rooted chef and Alex Roberts, is up for the national category of Outstanding Restaurant, as it has been many times before. If you doubt that Alma is a regional treasure let’s go fight in the alley, I will win.

The remaining three, count ‘em, three national awards all go to the Gavin Kaysen empire.  Demi, which I am so closely associated with raving about that people come up to me at the gym to give me spot updates on current conditions, Demi was nominated for Outstanding New Restaurant. This is wildly deserved, it’s an amazing place where people are cooking and serving their little hearts out, and I love to see the passion and work recognized. Diane Moua is up, yet again, for Outstanding Pastry Chef, at Spoon & Stable, though of course she’s also in charge of pastry at Bellecour and Demi, and if you live near enough to Bellecour to get things from the pastry case and don’t you are doing the thing that is called: Wasting your precious moments on earth. Gavin Kaysen himself is up for Outstanding Chef. Is it awkward he’s up against Missy Robbins, who he is bringing to town for what I earlier said would be a very emotional Synergy Series guest spot, but now might be even more high key?

The only thing I have to say about this category is that in addition to being a great honor, I see he’s up against David Kinch at Manresa, and how is it possible that Kinch hasn’t already won and been retired from all this? If anyone doubted Kaysen was an outstanding chef before, you can simply flash this stunning three national nominations situation at them, when Kaysen has already won Rising Star and Best Chef Midwest, and then that doubter will have to run home to their doghouse and whimper, because there’s no arguing with excess.

Minnesota is having a below-average year, regionally:

Ever since Minnesota was taken out of the regional category that included Chicago, the Twin Cities has big-footed around, pretty handily vanquishing rivals such as St. Louis, Kansas City, and Milwaukee. Not this year! The suburbs of Kansas City and St. Louis are having their strongest year ever, and I’m happy that they get some love and attention. This year we’ve got five nominations.

Expanded thoughts: Jamie Malone, of Grand Café and Eastside; Christina Nguyen of Hai Hai and Hola Arepa were both nominated last year, in the group of strong Minnesota women that produced winner Ann Kim (Check out our recap of that whole awards weekend!). (Once you win you’re retired from your Best Chef Midwest category, though you can compete in others: previous winners include Isaac Becker of Burch Steak, Snack Bar, Bar La Grassa, and 112; Gavin Kaysen; Alex Roberts; Tim McKee of Octo Fish Bar; and of course last year’s Ann Kim.)

Steven Brown, the guru-chef/philosopher behind Tilia and St. Genevieve, is nominated for the umpteenth time, I love his food and restaurants, though do wonder if his natural aversion to politicking will forever keep him away from a medal.

The big surprise this year is the two newcomers to the nominations: the very worthy Daniel Del Prado for Colita/Martina, and to my surprise and delight, Hai Truong of the national treasure Ngon Bistro, in Frogtown.

Have you ever had Truong’s pho, or Truong’s cocktails? If not, you are leading a life that’s paler than it need be. If I try to think of how to describe Ngon Bistro to someone who’s never been there, the word that comes to mind is soulful, in the ways that Truong takes his deep and thoughtful connection to Vietnamese food and connects them to local farms and local farm ethics, creating something that is real in a way that transcends day to day nonsense. I just love Ngon Bistro. So happy about this one.

And then I’m also very happy about Daniel Del Prado’s nomination too. Del Prado has, over the last five years, proved himself not just a consistent and artful chef, but a curator of spaces that feel culinarily whole and complete, from appetizer to cocktail, and his art of place-making is a great asset to our towns.

Needless to say, I’m delighted to see Christina Nguyen nominated again, Hai Hai is such a fun destination, so full of surprises, every time I go I feel like I’m walking into a party and everything is going to be so fun—and then it is. The very definition of delightful.

All this said, if I had to handicap a winner from the region, I’d say Jamie Malone (whom we named Chef of the Year in 2018). When I talk to national critics and out of town chefs hers is the name that floats to their lips, and I’m starting to hear more and more tones of breathy disbelief asking: Do you know her? The way people talked about, say, Prince. It is not original to note that star-power is one of those qualities you either have or you don’t, and while Malone’s star-power has always been real, it also seems to be growing. Among your many tasks to make your life delightful and delicious I insist you add visiting Grand Café.

And that’s it folks!  2020, it has barely begun, but it’s already pretty cool. Congrats to the nominees, and congrats to all of us for co-creating a food scene with so much to celebrate. You did it, chefs and bakers and barkeeps! You did it Twin Cities! Raise a glass.