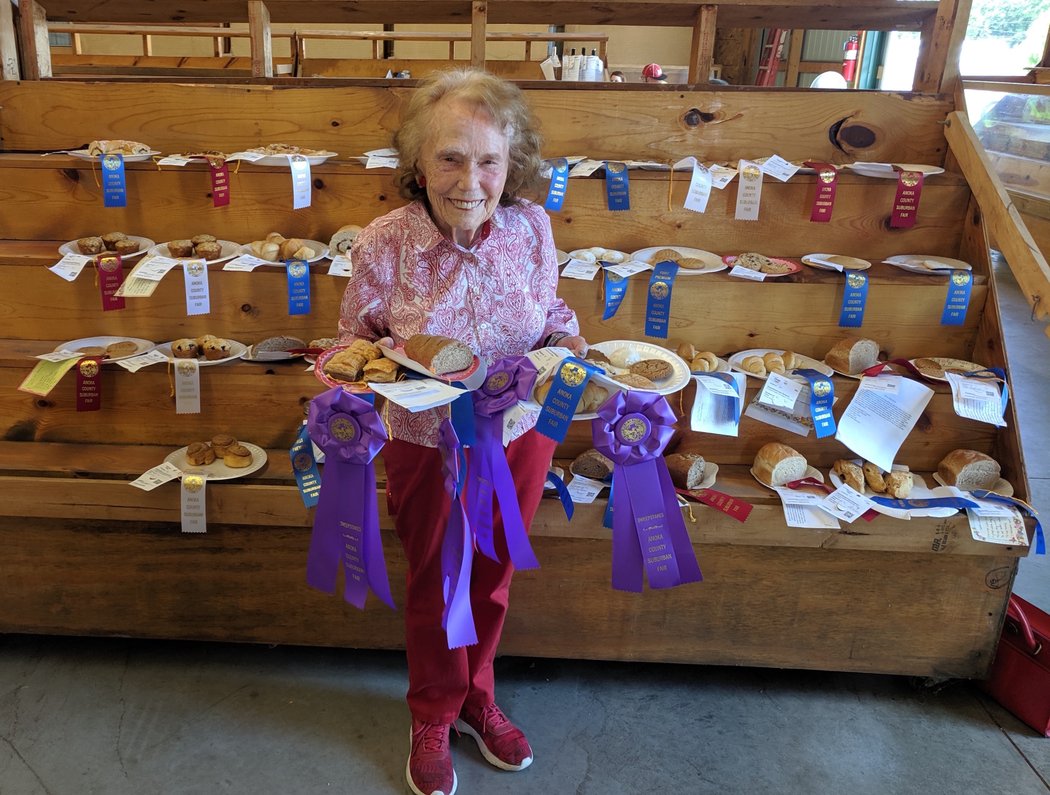 Marjorie Johnson, a spirited 100-year-old champion blue-ribbon baker, greets each day with a positive attitude, a big smile, and oodles of energy. But there’s one day of the year that’s more exciting than her average day–the opening day of the Minnesota State Fair.

“You never know if you win any ribbons until you come to the fair and look,” the now four-foot six-inch tall baker says, adding that she’s always waiting for the gates to open so she can go and see if she won. “It’s so exciting to see a ribbon on anything you brought in–gosh it is.”

Even after winning thousands of ribbons over the years, Johnson is still thrilled each time she wins another.

“I get excited as though it were my first ribbon, because Minnesota has so many, many wonderful bakers. So, the competition is just fierce, because, oh gosh, you’re competing against people who are wonderful bakers,” she says. “I’m always grateful when I see a ribbon on anything I bake.”

After seeing some of the same people year after year, Johnson knows many of her fellow baking competitors, which keeps the competition nice and friendly. And of course, it’s enjoyable to see old friends, she says.

She first got into entering the competitions in 1974, but her interest was piqued in the 1960s when she and her husband moved back to Minnesota and they took their children to the State Fair.

Her kids were the ones to encourage her to start entering competitions, but ironically, it wasn’t for baking.

“They said, ‘Oh mother, you should enter your doll clothes. Yours are so much cuter than the ones that are there,’” Johnson says, reminiscing. “So, I said, ‘Yeah, I’ll have to do that sometime.’ And I still haven’t gotten around to doing that. But what I saw was the baking entries.”

Time flew by, and before she knew it, it was 1974. That’s when she decided it was about time to start competing. So, she called up and registered (now it’s all online).

“The first time I entered, I only entered four things, and I found out that I had three ribbons on my things. And so, oh boy, I was really hooked,” Johnson says. “I thought, ‘I’m going to try this again.’”

And in only her second year of entering, she won a sweepstake.

“I just wanted to see if I could be as good as the other bakers in Minnesota. So, I kept entering, and then I kept getting more and more ribbons,” Johnson says.

What started as four entries, kept growing to about 50 entries – until the rules changed and people could only enter half that much. Lee Johnson, her late beloved husband, thought she was working too hard, and was a bit relieved with the new rules.

“I did work too hard. I realize that. Like one time, I worked in the evening and didn’t look at the clock – I just kept working,” Johnson said. When she finally finished, it was 5 o’clock in the morning. “So, I’m going upstairs, and Lee’s coming down, and I’m saying, ‘goodnight,’ and he’s saying, ‘good morning.’” 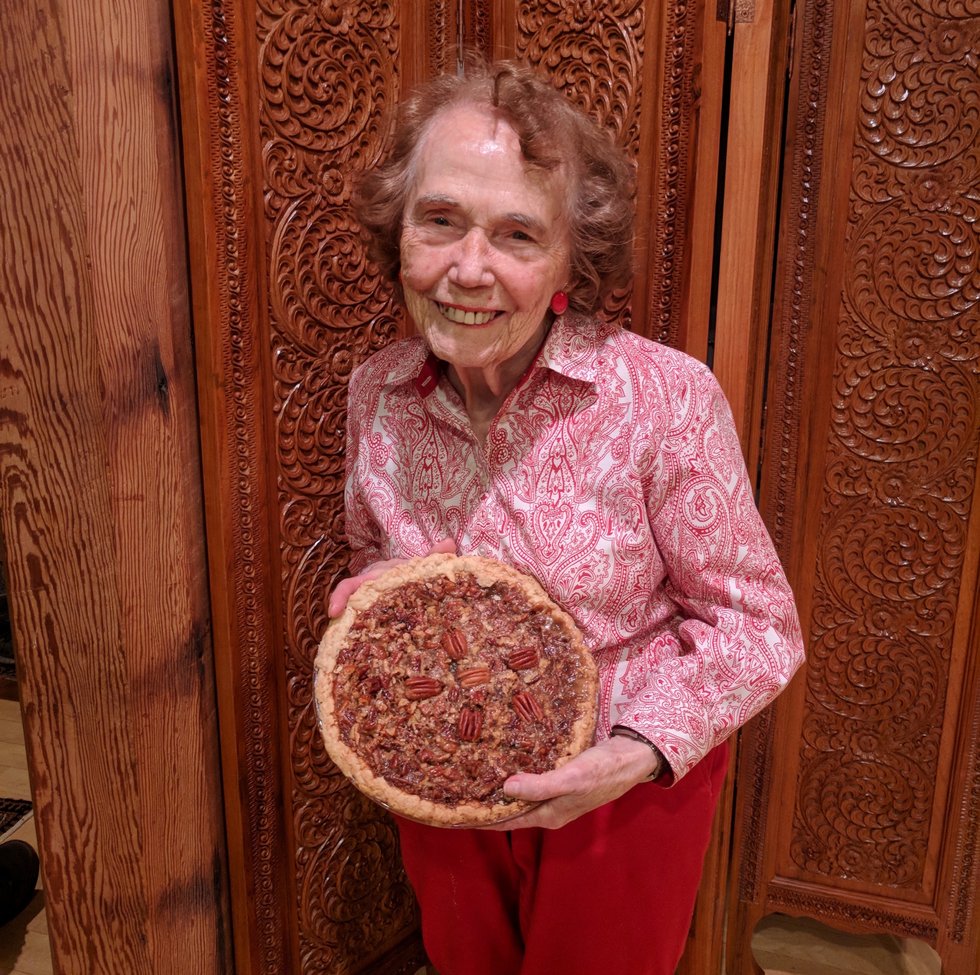 The rest, as they say, is history. Since she started competing nearly five decades ago, Johnson has become one of the most adored, famous, and nationally recognized bakers from Minnesota. Yet she remains as humble and as sweet as can be, just like her banana coconut cream pie – one of her family’s favorites.

While she’s talented at baking of all kinds, her favorites are yeast breads, pies (principally for entertaining), and most especially caramel rolls (aka, sticky buns). When Johnson was little, her mother would bake caramel rolls on Saturdays.

“So, Sunday morning, when I got up, I would go out and get the paper to read the funnies, and I would have some of those caramel rolls,” Johnson says. “And those really are my favorite. So, I always try to have some caramel rolls in the freezer.”

At the fair, some of Johnson’s favorite things include seeing the exhibits and demonstrations. The only part of the fair she does not like to go to is the Adventure Park, with the amusement rides.

“As a child, that’s what I thought was the most fun,” Johnson reflects.

Now, she collects more recipes instead of going on the dizzying rides.

“I pick up recipes every time, not that I need more, but I love recipes,” she says.

This year at the Anoka Fair, Johnson left with 50 ribbons, including four sweepstakes. At the Minnesota State Fair, she entered 20 items in the Bee & Honey Competitions, and per the results announced Thursday, she won 6 more ribbons to add to her collection. But Johnson will still be busy as ever.

“I have a paper on the refrigerator, and it says things to do after the fair. And so, I let everything go, and boy, that list keeps getting bigger and bigger,” she says.

And accomplished baker or not, that’s something we can all empathize with. After 45 busy summers of baking, flying all over the country, and living a very full century, one of her biggest pieces of advice for staying happy and heathy is to think positively.

“I’m a cockeyed optimist,” Johnson says. “I always think only wonderful things are going to happen. And you know, they do. I don’t know how it works out that way, but it’s wonderful.”