CHRISTMAS WITH THE TSARS – Minneapolis, MN 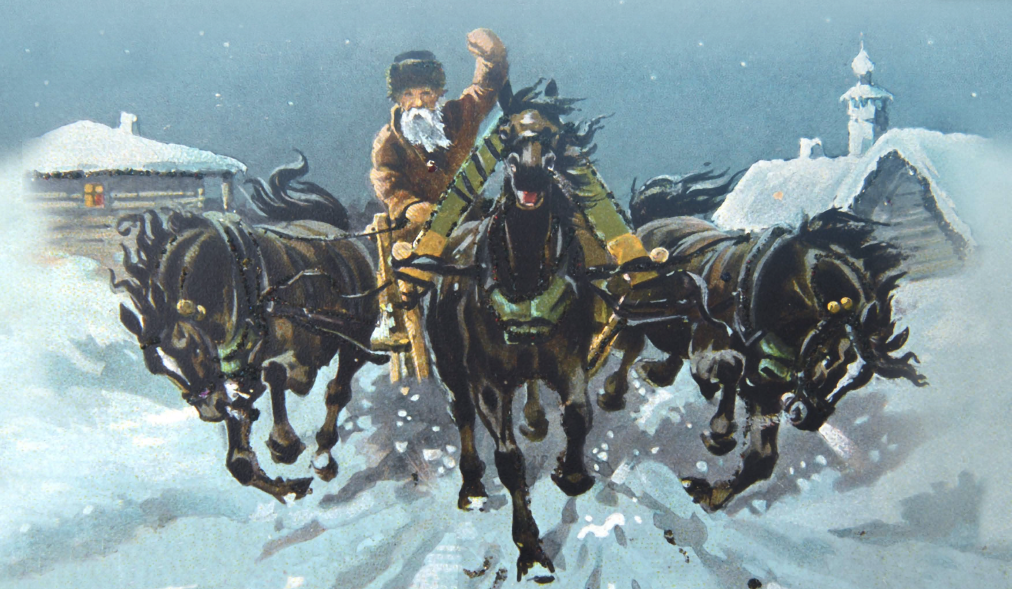 Drawing on the Museum’s rich collections of holiday ornaments and memorabilia as well as loaned works, Christmas with the Tsars presents the story of winter holidays in Russia during the reign of the Romanov dynasty.

On view are rare Imperial-era Christmas ornaments, greeting cards, and other Christmas memorabilia from the Museum’s collections. These pre-1917 artifacts are part of the extensive gift of Kim Balaschak to the Museum. Imperial porcelain from the Romanov household, including the Kremlin Service intended for the Kremlin Palace in Moscow, is on loan from the collection of Ray Piper. Several important pieces came from the Museum’s co-founder Susan Johnson and other important private collections.

The exhibition features a rich array of silver and gold presentation objects widely used as Christmas gifts by Imperial Russia’s wealthy upper classes, including the Tsar’s family. Among all time favorites were handsome bejeweled pieces by the renowned Fabergé firm. The Fabergé store in B. Morskaia Street, St. Petersburg, was not the only Christmas hub.  For those in favor of the emphatically Russian deco, stores of Ovchinnikov, Khlebnikov, Grachev and other well-established jewelers yielded a rich selection of colorful enameled cups, spoons, cigarette cases, jewelry boxes, and more. Russia’s renowned jewelry firms, including Fabergé, are showcased in this year’s holiday exhibition at TMORA. These rare objects, as well as Imperial-era paintings, came from a significant private American collection.

Christmas traditions as we know them were brought to Russia by the tsars. It was Peter the Great who introduced January 1 as the beginning of the year. Peter’s great-great-granddaughter-in-law, Grand Duchess Alexandra Fedorovna decorated the first tree in the Moscow Kremlin in 1817. When her husband ascended the Russian throne as Nicholas I, the Christmas tree became an integral part of the holiday season in the Winter Palace. A century later, on the eve of the Revolution, the tradition of the Christmas tree was widespread among Russia’s upper and middle classes. Peasants celebrated Christmas with feasts, joyful troika rides, caroling, and more. Christmas became prohibited under the Soviet regime, and returned to Russia in the early 1990s after the collapse of the Soviet Union.