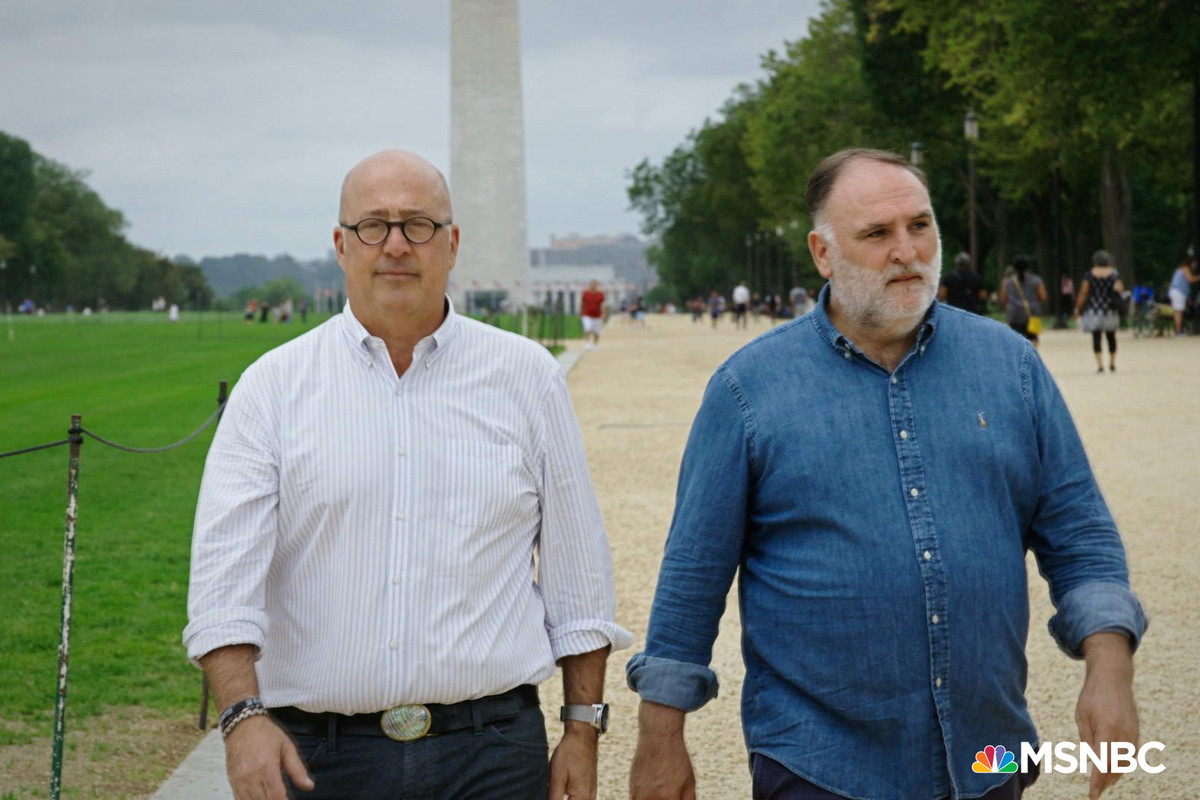 Andrew Zimmern’s New Show, ‘What’s Eating America,’ Will Tackle the Politics of through Food. More than a year after the end of Andrew Zimmern’s long-running Travel Channel series Bizarre Foods, the chef/television host has shifted gears for a new show that sounds decidedly more serious in tone, called What’s Eating America. In the five-episode series, which will air on MSNBC, Zimmern explores political and social issues — immigration, climate change, addiction, voting rights, and health care — through the lens of food.

“There is no more important time than right now to be telling stories about civics, politics and culture through food,” Zimmern said in a press release. “Kitchen table civics and food politics have been absent from our dialogue at this level for a long time.”

This turn towards the nuances of food, politics, and culture — which, as the Washington Post points out, echoes a path Anthony Bourdain carved out when he left the Travel Channel for CNN — will undoubtedly raise some eyebrows, considering Zimmern’s last major turn in the headlines. In late 2018, he publicly apologized for comments he made that suggested his new Minneapolis restaurant Lucky Cricket would be a savior of Chinese food for Midwesterners: “I think I’m saving the souls of all the people from having to dine at these horseshit restaurants masquerading as Chinese food that are in the Midwest.”

The backlash to Zimmern’s comments “was never a conversation about whether a white man could cook Chinese … It was about the strange idea that the food-court Chinese joints of the nation were a problem that needed fixing in the first place,” Soleil Ho, in a review of Lucky Cricket for Eater, wrote at the time. “Call me optimistic or naive, but I don’t think that the diners of Middle America, an increasingly diverse and worldly bunch, would be satisfied with an experience that is actually worse than food-court Chinese.”