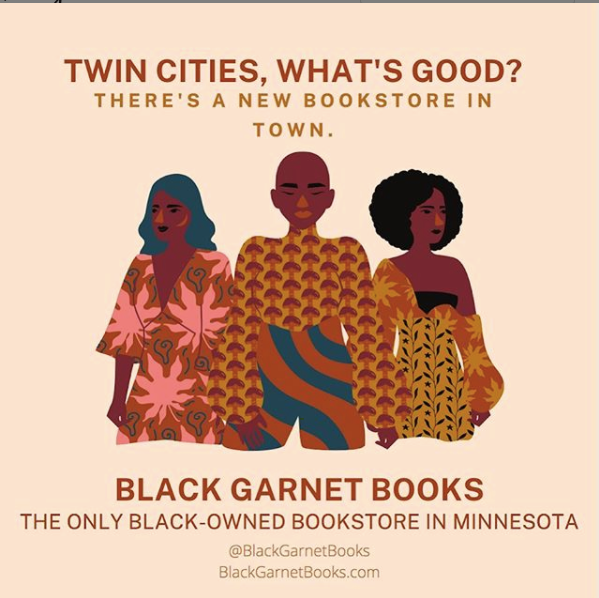 A New Chapter: Black Garnet Books To Become The Only Black-Owned Bookstore In The Twin Cities

MINNEAPOLIS (WCCO) —After George Floyd’s death, many galvanized to financially support and donate to Black-owned businesses.

Here in Minnesota, one type of business did not have any all-Black owners — until now. WCCO’s Marielle Mohs introduces us to two women filling a void in the Twin Cities.

“I feel strongly that now is the time to open it,” Dionne Sims said.

Sims simply manifested her dream into a tweet on June 15, 2020, that reads “Minnesota doesn’t have a black-owned bookstore. I think that’s my new dream.”

The tweet went viral and caught the attention of 22-year-old Somali-American, and Minnesotan, Muna Abdulahi, who felt called to help make this a dream of hers as well.

“It was one of the most natural things. It just felt really right to be working with her on this,” Sims said.

Their concept, Black Garnet Books, is already gaining a lot of support online.

It will be the only Black-owned bookstore in the Twin Cities — selling only adult and young adult books written by black or racially diverse authors.

“There are enough Black and racially diverse authors to fill a bookstore,” Sims explained. “We don’t have to be just a little shelf in the corner labeled ‘diverse books’.

Even though this is an uncertain time for small businesses in the middle of a pandemic, Sims believes her business will still see success because more people want to learn about the Black experience and support Black-owned businesses following the death of George Floyd.

“We’re going into this with the mindset that things are different now,” Sims explained. “My hope is that with this bookstore we can try to keep people thinking about it.”

In the age of COVID-19, Black Garnet Books will start with just online sales. However, they plan to do their first pop up store on Lyndale in Uptown later this summer.

In the meantime, they are launching a Crowdfunding site next week to collect donations for an eventual store.

The founders hope the eventual brick-and-mortar store will also have a community space for activist groups to meet freely and safely.

Can't wait to check out @blackgarnetbooks! The only Black-owned bookstore in Minnesota primarily stocking Adult and Young Adult contemporary literature by Black and racially-diverse authors 👏

“Welcome to Black Garnet Books, the only Black-owned bookstore in Minnesota primarily stocking Adult and YA contemporary literature by Black and racially-diverse authors.”

We are SO excited about this announcement of Minnesota’s FIRST black-women-owned bookstore. Their online store will be up soon, so check back frequently for updates!