7 New Burgers in the Twin Cities that Exceed Expectations 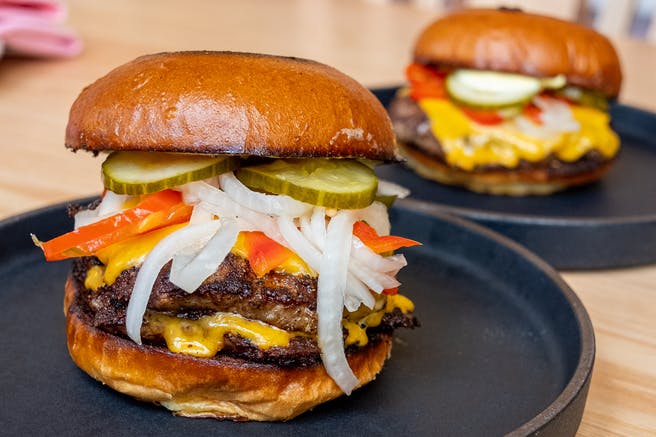 PHOTO PROVIDED BY NOUVELLE BREWING
…
Nouvelle Brewing in Robbinsdale has a monster burger served on a bacon aioli bun.
…
Eat & Drink: Beefy, cheesy, smashed and stacked: put these big bites on your winter to-do list! Smashed crispy, thick and juicy, slathered with sauce or covered in cheese, there is no end to the creative ways a restaurant can dress up a great burger. But some beefy bites find a way to exceed expectations. Whether crusted with crispy Brussels sprouts, tucked under tart chowchow or simply adorned with a little American cheese, these are the burgers to put on your must list now.
… 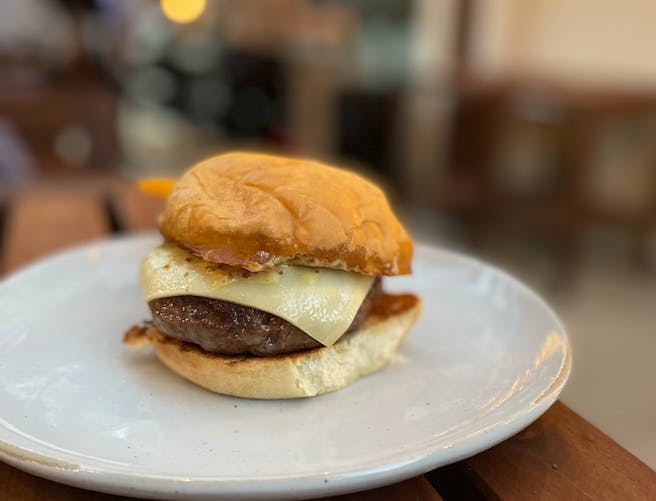 1. Cheeseburger at All Saints

There’s some kind of sorcery happening within this burger ($11). While it looks straightforward, the succulent beauty and unadulterated flavor contained within is an absolute game changer. After years of restaurants putting up skinny smash burgers, this fine specimen is husky, served with dijonnaise, pickled sweet peppers and one slice of flavorful cheese. It is a stunner all on its own, but fries are available to order on the side. The pro move is to pair it with the crispy mushrooms instead. Make like the burger and do the unexpected.

Scarcity builds the thrill of tracking down one of Private Sector’s burgers. And, for a limited time, they’ve set up residency at BlackStack Brewing on Monday nights only. Tickets are available for two burger seatings, because these enticingly messy patties have proved so popular that crowd control has become a must. The meat is good and smashed into thin slices of onions and buried under melted American cheese. Buy tickets inside the brewery on Mondays at 5 or 6 p.m. for $12 for a single or $14 for a double. Pair with a tall pour of BlackStack’s brew collaboration: Meat Sweats.

The new incarnation of the old Pig Ate My Pizza in Robbinsdale is doing beer-friendly bar food as one would expect the Travail crew to do. And burgers and beer are a match made in food heaven. The Broadway Burger is available in a single ($7) or double patty ($9). Tucked into a bacon aioli bun and topped with tart and spicy chow-chow, this is another one that goes in for mustard and mayo as the sole condiments on top of gooey American cheese.

4. House blend flat-top burger at Farmer and the Fishmonger

This burger ($14) takes farm-to-table seriously. The meat is entirely sourced from a small Minnesota farm collective created to supply just this one restaurant. These aren’t big operations, but farmers who care deeply for their land and animals. The beef is ground in small batches on site and the burger is served up thin with crispy edges and dressed in a decadent marrow-naise. 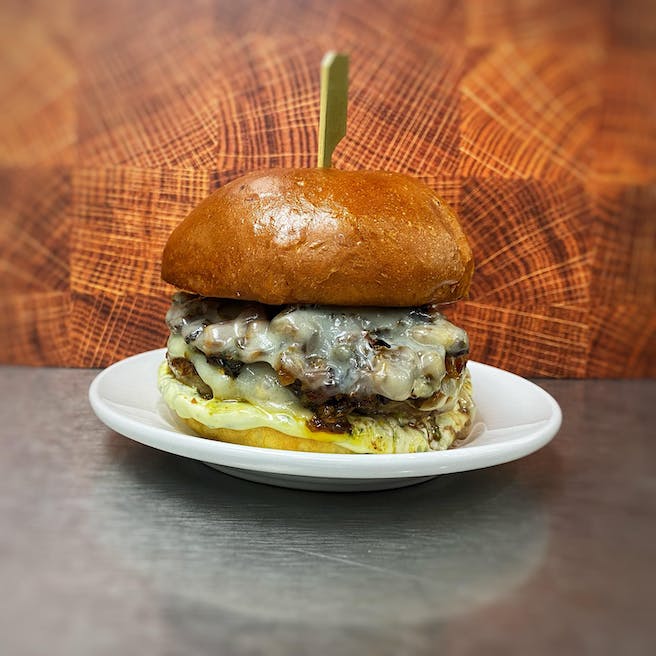 PHOTO PROVIDED BY 246 GRILL
This burger with Brussels sprouts is a whole mood.
…

The new kitchen inside the James Ballentine VFW in Uptown is churning out a whole menu built to squelch the munchies. There is a quadrant of burgers, but the first one to get to know is the one that’s smashed with Brussels sprouts ($13.) The Angus beef patty is engulfed in Brussels sprout chutney, Swiss cheese, and a prodigious amount of herbed mayo. The one bad part — 246 Grill is only available Thursday through Sunday. 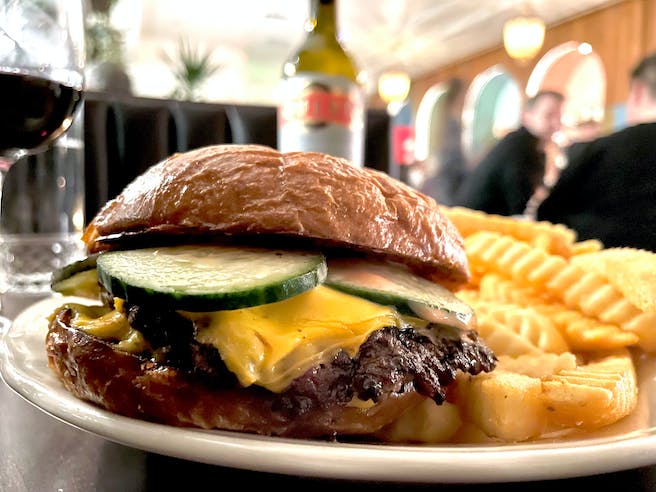 JOY SUMMERS, STAR TRIBUNE
A humble addition to a wide-ranging menu, Mr. Paul’s cheeseburger is a good one.
…

This Edina eatery is catching all the buzz for its lively atmosphere and New Orleans supper-club style, but not enough people are talking about the burger ($17). It’s simplicity and sumptuousness on a bun. Two skinny patties are smashed to crispy lace and packed with rich beefy flavor. Even though Mr. Paul’s can be over-the-top, the burger is an exercise in restraint, topped only with American cheese, a ketchuppy, creamy “fry sauce,” and housemade pickles. Crinkle fries are served on the side.

Like McDonald’s, but make it fancy: that’s this new burger hit ($14) at this Richfield newcomer. The skinny patty comes with plenty of chopped up raw onions, American cheese, shreds of lettuce and that special sauce. The bun gets an upgrade with brioche dough and that first bite will unlock some undeniable flavor memories.