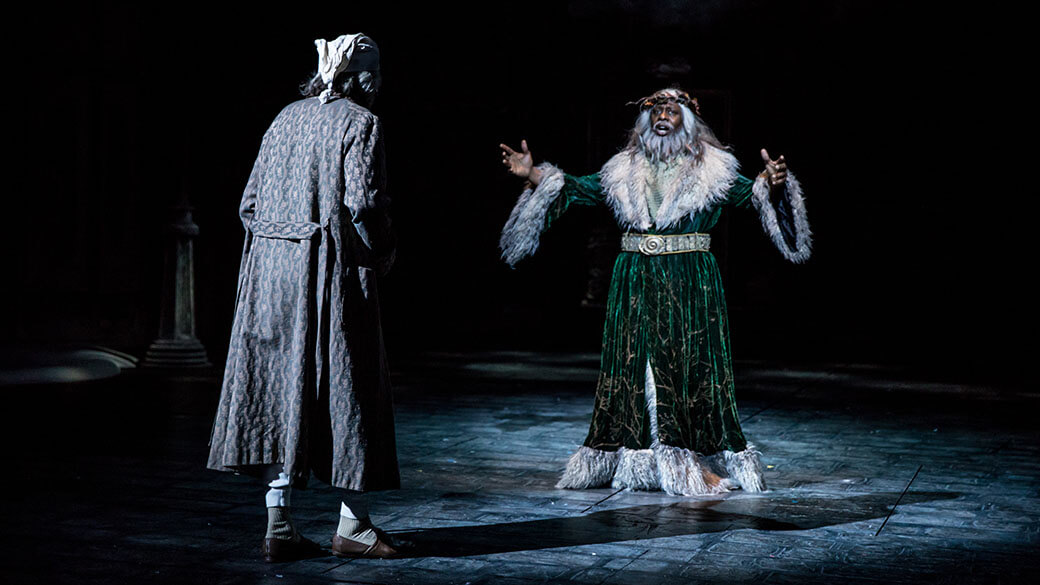 For some 45 seasons, the longest run in regional theater history, the Guthrie has enacted the uplifting tale of Ebenezer Scrooge, a cruel misanthrope who would rather see the poor starve to death than suffer their pitiful solicitations for charity. Old Scrooge’s conversion from fanatical miser to devoted humanitarian, courtesy of time-traveling specters, remains one of the most celebrated yuletide stories. That the Guthrie continually showcases inspired creativity from such a well-worn (and oft parodied) source is almost as impressive as the heartwarming potency of the production. This season, audiences can once again anticipate an energetic adaptation, penned by playwright Crispin Whittle for the Guthrie in 2010, brought to life with a dynamic set design. Directed for a third consecutive season by Lauren Keating, the first-rate ensemble will continue to be led by two accomplished actors alternating the role of Ebenezer: Nathaniel Fuller will be featured for most dates, with Charity Jones presenting an alternate take in select performances.