Anton Treuer: Everything You Wanted To Know About Indians but Were Afraid To Ask 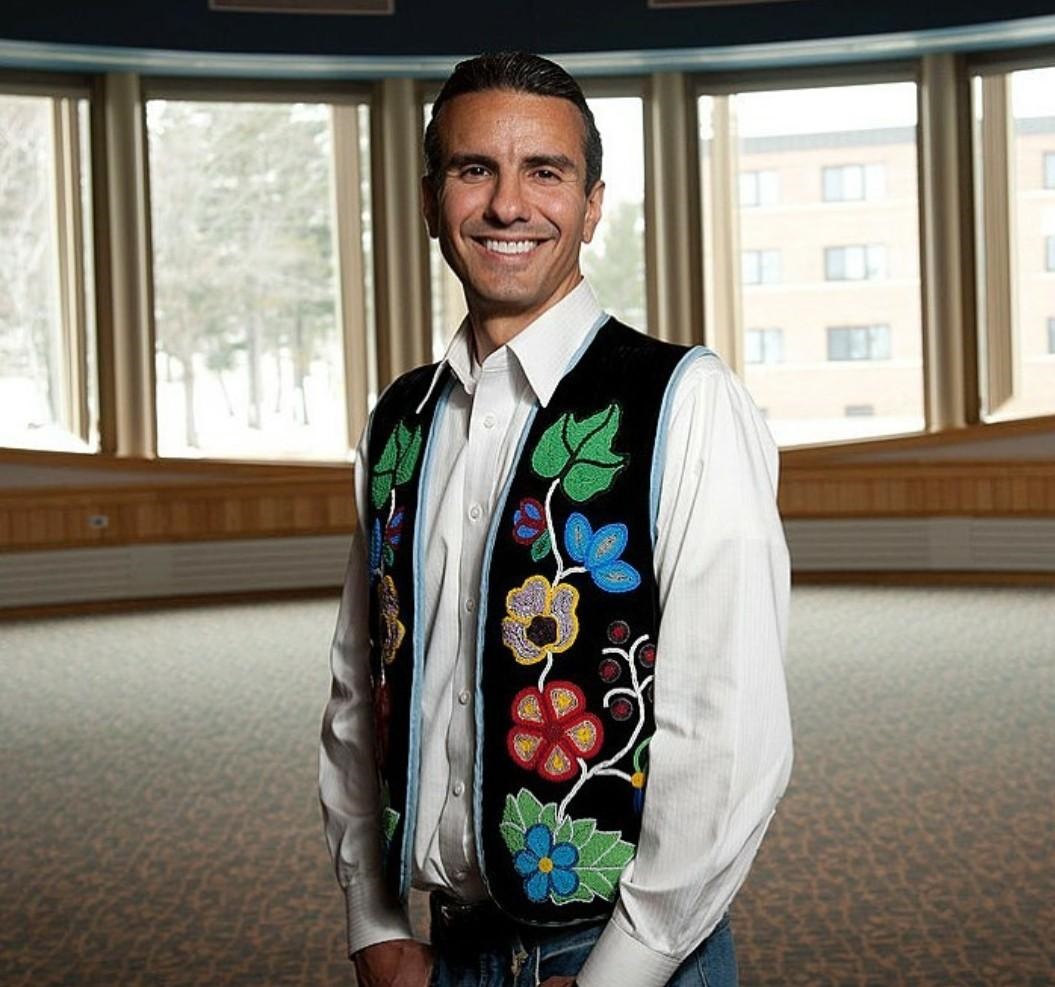 …
Native Mn Facts: Dr. Anton Treuer (@treuera) is a professor of Ojibwe at Bemidji State University (@BemidjiState) and the author of 19 books – including “Everything You Wanted to Know About Indians But Were Afraid to Ask” and “The Assassination of Hole in the Day.”
…

In the new young readers’ edition of Everything You Wanted To Know About Indians but Were Afraid To Ask (Levine Querido), Anton Treuer tackles the questions that pop up like perennials wherever Indians are involved. Living and working in Bemidji, Minnesota, as a professor of Ojibwe at Bemidji State University, Treuer is no stranger to such queries. With subjects ranging from history and tribal sovereignty to casinos, cuisine, and everything in between, this accessible volume does a lot of work in bridging the gap between Native cultures and the rest of the world. It’s work that the author shouldered with a smile as he spoke with Kirkus over Zoom; the conversation has been edited for length and clarity.

Have you seen young people—both Native and non-Native—engaging with the ideas in this book?

You know, a lot of our kids, they’re hungry. They want to know their history, they want to know their culture, and they want to marry that with their own lived experience as Indigenous people. They don’t want to be blamed or shamed for something that they didn’t get to learn through no fault of their own. I really believe that this work provides accessible information for Indigenous people who want to learn about themselves and explore their own identity and the deeper meaning of what it means to be Indigenous. I think we do a little bit of a disservice to our youth if we tell them to be proud to be Native [and] don’t also tell them what it means to be Native. I know I had a lot of misunderstandings and erroneous assumptions about what that meant, like if I didn’t struggle enough in poverty, does that mean I’m less authentic? I think having a good toolbox for them is healthy and helpful.

For the rest of the world, the first line of the book—“Indians are so often imagined, but so infrequently well understood”—you know, there is a real danger to the imaginings that people have. Like we’re all rich from casinos or we’re all living in squalor on reservations. How can both be everything you need to know? And the truth is, it’s complex. I think the rest of the world is hungry to know more, too. America is on the verge of another attempted racial reckoning, and those attempts often fall short of our loftiest expectations and goals, but things do change. Some people are paying attention, and they’re leaning in, and that gives me hope.

So much has happened since you published the first iteration of this book in 2012; it feels very timely and necessary right now.

“Indians. We are so often imagined and so infrequently well understood.” —Anton Treuer

Native Americans are thousands of years of documented human history still in the making. Even in the past 10 years, we’ve been making a lot of history—the Dakota Access pipeline protest, the confrontation at the Lincoln Memorial, so many things have been happening. I think the social activism universe has really shifted and changed. Back in the civil rights era, you had strong, highly visible individual leaders like King and Malcolm X, and their assassinations did tremendous damage to broad movements.

When you think of who led the Dakota Access pipeline protest, it’s not one person who comes to mind, although I can think of many brave leaders there, and I would say the same thing about Black Lives Matter and many other social activist movements. In addition to that, I think we’re realizing that competing victimization in the oppression olympics keeps everybody oppressed, and so there’s been a lot of bridge-building between different disenfranchised groups. Social justice movements are becoming more effective, and there are a lot more White people who are trying to figure out how to lean in.

Of course, there’s pushback and resistance. We’ve got 253 voter suppression initiatives proposed in 43 different states right now, some of those very focused on Indigenous communities—requiring a physical address, not a P.O. Box when almost all of the Natives in North Dakota have P.O. Boxes—things like that. But at the same time that there is this pushback and resistance, there is bridge-building and momentum. I believe we’re on the verge of a new progressive era in America, in part in response to the regressive stuff we’ve been seeing the past several years.

You talk about being an ambassador in the borderlands—it’s like there’s an expectation that Native people are walking Indigenous encyclopedias. Why do you think that is?

First of all, it is not fair that anybody should have to speak for everybody. Of course, within Indigenous communities, we have a diversity of opinions—and emotionally charged opinions—on a whole range of topics, and we don’t all think the same way, act the same way, vote the same way. We’re diverse, too, so nobody can really speak for everybody. But we do get put on the spot and asked to do that. Unfair though it is, it’s important that we try to find ways to provide meaningful answers and shape the narrative rather than chase everybody away from some erroneous misunderstanding, from even getting an answer to their question. As a result, we have developed a certain musculature. We’ve gone to that uncomfortable space enough [that] it’s like going to the gym, where we get stronger and we’ve got some musculature for dealing with things. That means when it’s time to be on the spot as an ambassador, we’ve got an experience that most people don’t.

It sounds like you wear many hats. Is that what it’s going to take to improve our communities, both Native and non-Native?

For me, it’s not disjointed or strange that I do wear so many hats. I speak Ojibwe, I live in my Native community, I officiate traditional funerals and life ceremonies, and I’m at the service of my people. At the same time, I’m a university professor. I’ve got one foot in a wigwam and one in the ivory tower. I’m somebody who’s working on multiple levels to revitalize our language. They all fit together and they all make perfect sense to me, how those are different dimensions of the same kind of work. So if we want to decenter oppression, you know, and begin indigenizing, learning our language, learning our culture, it’s a really powerful set of tools for recentering ourselves in a healthy code of being, in ways of belonging. As Indigenous people, we have more than vestigial remnants of some different ways of looking at the world and some different ways of solving problems. We should indeed be pollinating the garden that everyone’s trying to harvest from. I mean we have a right to this stuff on our own and for our own well-being. But we do have something to teach and show the rest of the world, too. It’s an essential piece of how we move forward.

Blue Tarpalechee is a writer and enrolled citizen of the Muscogee (Creek) Nation.

← Tour the Cosmos and Beyond in the Whitney and Elizabeth MacMillan Planetarium - St. Paul, MN On the Hjørdis: North House Fall Sailing on Lake Superior →
more people/passions