‘A Chill Start to the Day’: Group Begins Each Morning with a Dunk In Frigid Lake Harriet – Minneapolis 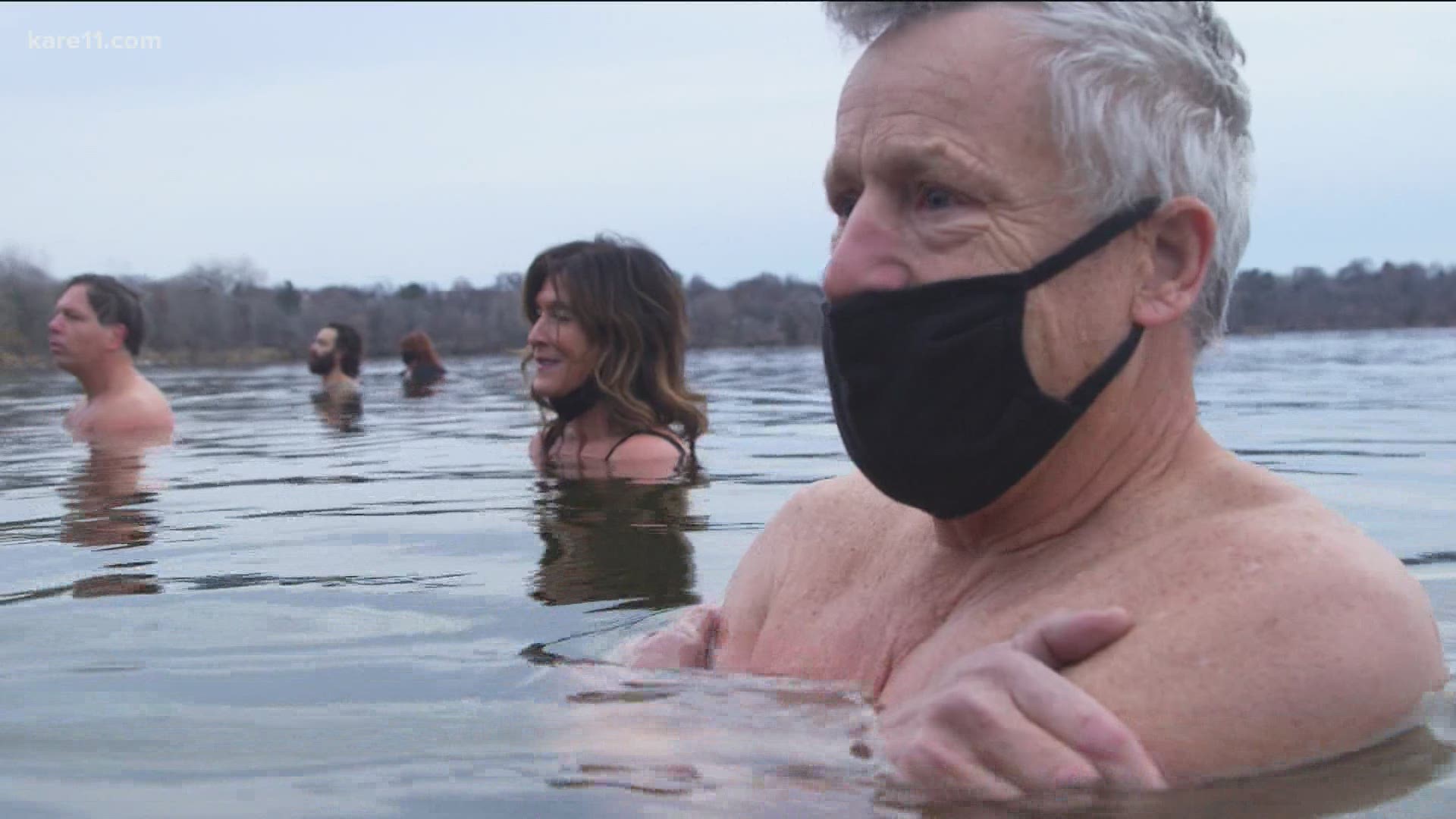 MINNEAPOLIS — Gone are the days of outdoor concerts at the Lake Harriet Bandshell and ice cream by the lake is now just ice. However, in Minnesota, winter and swimming aren’t mutually exclusive.
–

“It’s just so cold,” Jan Rolfe said. “Then it just goes away about a minute later and we just sit in for about three minutes.”

In fact, every morning, a group that calls themselves “submergents,” have a chill start to their day. Some in the group claim that sitting in the cold water increases their metabolism. Some say it decreases inflammation. Others also claim their mind feels clearer after a dunk.

“When I first did it it hurt so bad, I didn’t think I could go all the way in and actually after about a minute you don’t feel the pain anymore,” Rolfe said with a laugh.

“The initial 20 seconds is like really hard, but you just need to control your breathing and then it gets easier,” Harriet’s sister Sylvia White said.

Last Friday, Steve Jewell led the group into the water.

“So we’re going to walk in, walk up to our waist, drop down to our knees,” he explained to the group. “Cross your hands if you’d like. I have a timer on and we’re going to pop up at three minutes.”

Sitting there, stuck in your own thoughts and fighting time may be the hardest part of it all. Many took to closing their eyes, or just staring off into space, focused on mindfulness.

“I feel terrific, once you’re in, and you do deep breathing, you stop hyperventilating,” Jewell said. “What really happens, is your body temp takes over and it warms the water around you, so I’m not cold right now.”

And just like that, it was quite a sight. Just a handful of bobbleheads on a yet to be frozen lake. For many time is passing as normal. For others, like molasses.

When the three minutes are up, Jewell called out for others to ‘dunk your doughnut,’ meaning, dunk your head underwater if they wanted to. “The first 30 seconds were definitely the hardest,” a woman said as she is on her way out. “When he called out 30 seconds I thought he meant, 30 seconds left, but afterwards, singing for me really helps.”

So why in Lake Harriet’s name…would people do this– let alone, return each morning?

Again, for some it’s a mind thing.

“when you get out it’s just so clear in your mind,” Rolfe said.

“There’s a sense of empowerment where you can face something like the cold and overcome your mind– with your body,” Alex Freese said. “So it’s just a daily practice.”

“It’s not just crazies running in the lake, well people do that too but if you notice, there are people who swim out here–there’s some value to cold temp swimming,” Jewell said. “The water is always going to be warmer than ice, so at least 35 degrees, the duration is up to you, we don’t stay longer than three minutes.

And the most Minnesotan answer of them all–it’s just something to do, that keeps you outside even during the winter season.

← We Want to Focus Your Attention on a Climate Crisis Happening Right Now and Right Here in the North Winter Carnival Drive-Thru Ice + Snow Park on the Fairgrounds! →
more people/passions