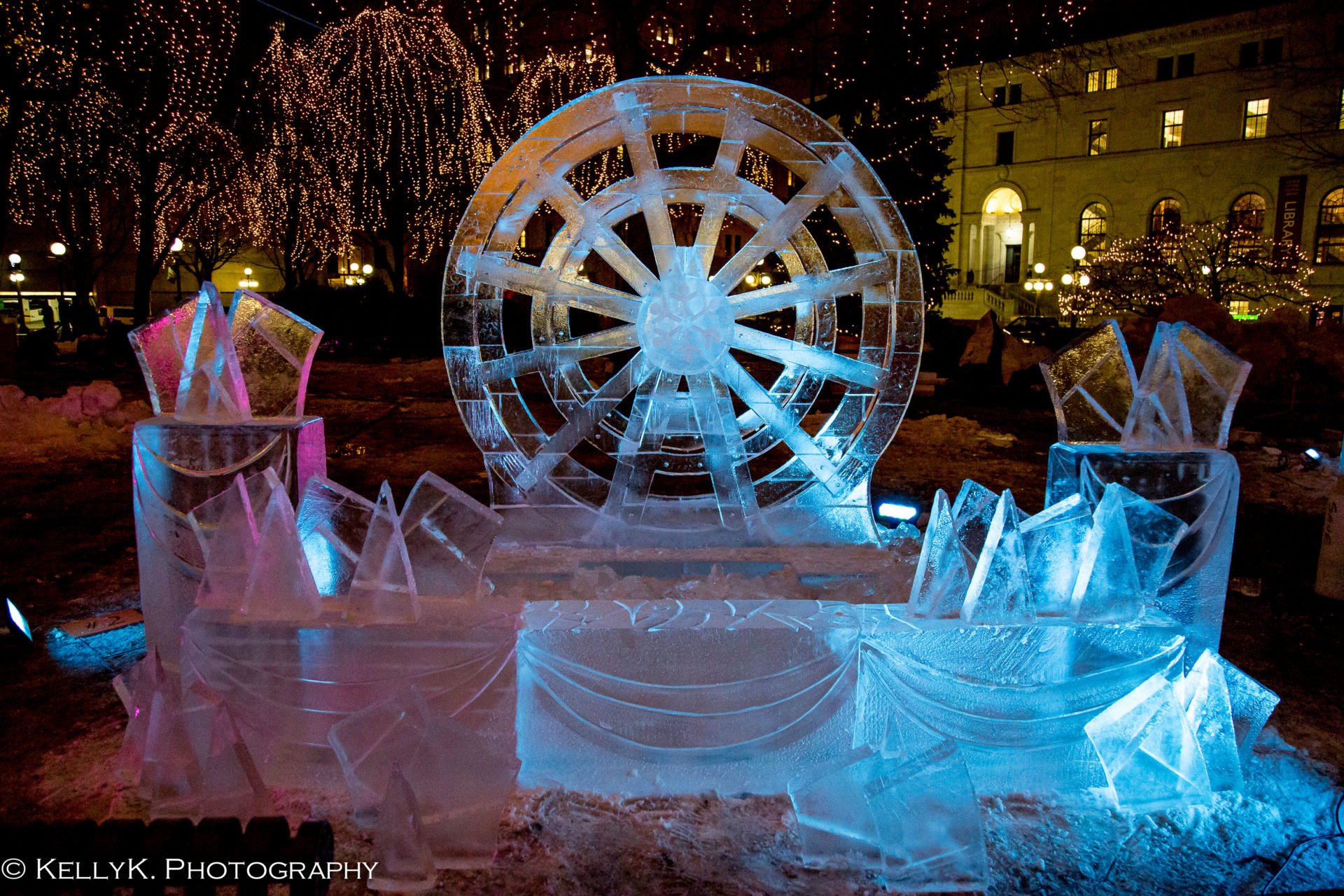 The Saint Paul Festival and Heritage Foundation’s 136th Saint Paul Winter Carnival will run for 10 days – all day on weekends and evenings during the week. Now through Sunday, February 6th, the festival will attract 250,000+ people from Saint Paul and beyond to celebrate winter in Minnesota. Landmark Center, located in the heart of downtown Saint Paul, the Minnesota State Fairgrounds, and businesses throughout the city will be venues for event festivities, which include ice carving competitions, family-friendly artistic and educational activities, and much more!

The festival has expanded each year to provide new programming that reflects changing demographics of the community. Landmark Center features free entertainment activities from diverse cultures: music and dance by local artists, hands-on crafts, and food and merchandise booths from around the world.

Most events are fred, open to the public, and will take place in downtown Saint Paul, near Rice Park and Landmark Center, as well as at the Minnesota State Fairgrounds.

Since 1886, the Saint Paul Winter Carnival continues to bring family-friendly events and community pride to Saint Paul and the Twin Cities metro area.

The Saint Paul Winter Carnival is the oldest winter festival in the United States. It predates the Tournament of Roses Festival by two years.

Several Eastern newspaper correspondents kindled the start of the Winter Carnival by visiting Saint Paul in the fall of 1885 and returning home to report that Minnesota, in general, was another Siberia, unfit for human habitation.

A group of business owners decided to retaliate by creating a wintertime festival which would showcase all the beauty of Minnesota winters. They worked with the City of Montreal which already had a winter carnival in place. Due to a small pox epidemic which suspended the 1886 Montreal Festival, Saint Paul lured Alexander Hutchinson, the designer of Montreal’s ice palaces in 1883, 1884, and 1885 to blueprint Saint Paul’s first ice castle. The castle was constructed on February 1, 1886 at a cost of $5,210 with a height of 106 feet. A comparison to this first castle is the Pepsi Palace of 1992 with a cost of $1,900,000 and a height of 165 feet (a Guinness record).

As with the concept of the Montreal Festival, the legend and other activities were also adapted. Montreal’s Ice King accompanied by Queen Aurora. The Saint Paul characters in turn became King Boreas and the Queen of the Snows. The mischievous Vulcan and his red-caped Krewe were created from the Germanic tradition of the energy and disruption which springtime brings to the final days of winter.

The Winter Carnival Legend itself was initially written down by newspaper columnist Frank Madden in 1937 and has been updated and revised ever since.

Today, King Boreas and the Queen of the Snows rule over approximately 21 members of the Royal Family including Boreas’s four brothers Titan, Euros, Zephyrus and Notos along with their four princesses, the Prime Minister and up to ten Royal Guards. The culmination of the Winter Carnival is the dethroning of Boreas by the Vulcan Krewe.

The Royal Family and Vulcan Krewe are made up of volunteers that make over 400 appearances during the year to local and national festivals, nursing homes, schools and hospitals on behalf of the Winter Carnival and the City of Saint Paul.

The Saint Paul Winter Carnival is produced by the Saint Paul Festival and Heritage Foundation and is funded by private donations and corporate contributions. The Board of Directors, supported by hundreds of corporate and individual members, employs a full time staff to help plan this community celebration.

How to Style the Balaclava: A Face-Framing Balaclava has become the It-Accessory for Winter