“Our guiding vision for the Historic Fort Snelling revitalization has been to inspire a better future by providing a place to learn, share and connect to all of the complex stories that shape history in Minnesota,” said Kent Whitworth MNHS director and CEO in a statement. “Historic Fort Snelling has been a site of diplomacy and conflict; pride and tragedy; service and sacrifice. Today, the site reveals more of this remarkable history with spaces for visitors to study, reflect, connect and learn.”

The first National Historic Landmark in Minnesota, Fort Snelling underwent $34.5 million in improvements—$19.5 provided by State of Minnesota appropriations and $15 million in private funding. The new Plank Museum and Visitor Center was originally constructed in 1904 as U.S. Army Cavalry barracks and later converted to an outpatient VA Clinic forty years later, but has been vacant since 1989 without power, water, or an HVAC system. According to the Historical Society, floors were covered in asbestos and lead paint adorned many walls. Water damage accrued throughout the building from roof leaks, causing wood floors to warp and ceilings to cave in.

The renovation now includes more than 19,000 square feet of public accessible space, event and meeting spaces, an upgraded museum store, and a gallery for traveling exhibits.

With scenic views located at the confluence of the Mississippi and Minnesota rivers, known as Bdote, the Fort became a point of convergence—for the Dakota, Ojibwe, and enslaved people, to fur traders, immigrants, soldiers and veterans—all contributing to its complicated history.

Fort Snelling was the site of a concentration camp for 1,600 Dakota after the U.S.-Dakota War of 1862. While Minnesota was a free territory, federal army officers enslaved African Americans, including Dred and Harriet Scott, within the Fort’s walls. It was also where the First Minnesota Volunteer Infantry Regiment launched, with 25,000 soldiers who fought against slavery in the Civil War. Fort Snelling was also an induction center for more than 300,000 soldiers in World War II, and home to a Military Intelligence Service Language School where Japanese Americans, many whose families were held in domestic concentration camps, used language skills to aid the war effort.

While Fort Snelling is normally closed in winter, the new visitor center will host “expanded musical and theatrical performances and explorations of the site’s changing landscape throughout the seasons.” 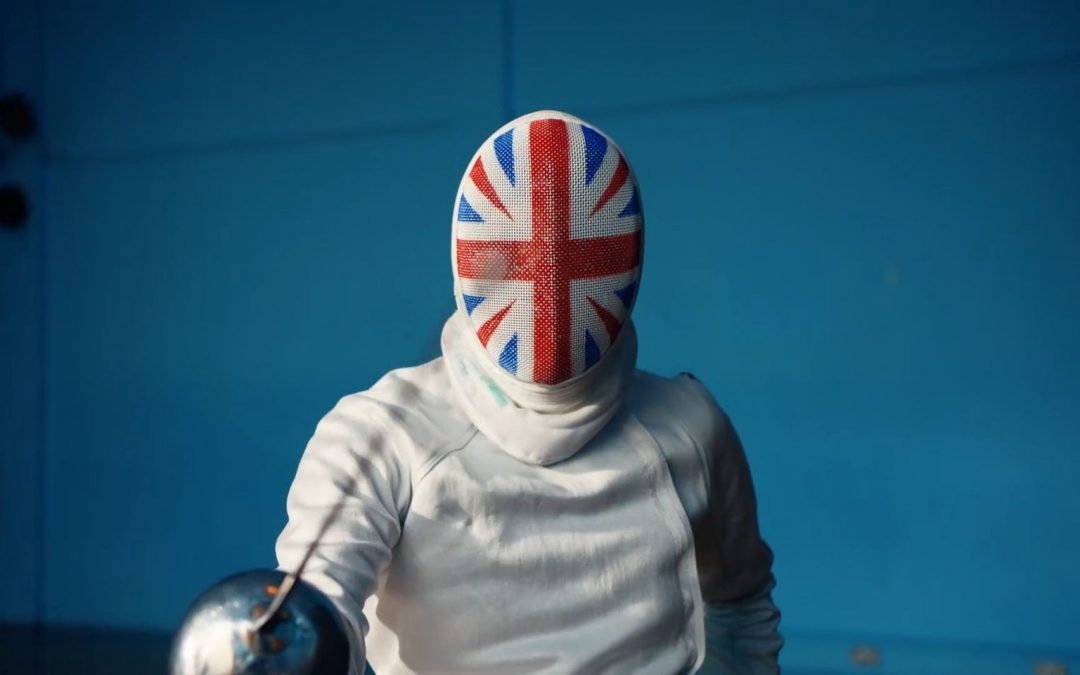 Tickets and the screening will be available online now through January 4, 2021. Ticket buyers also get “pro-tips for tea, cocktails, and special recipes—everything needed to bring the party home with British flair.”

Peter Diamond is the Digital Editor at Mpls.St.Paul Magazine. 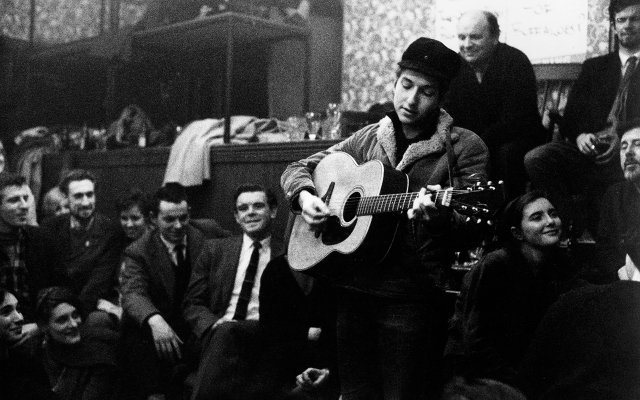 Bob Dylan performing at the Singers Club Christmas party on his first visit to Britain, December 22, 1962.

Judy Garland, “Have Yourself a Merry Little Christmas”

Written for the 1944 musical Meet Me in St. Louis, Judy Garland’s tender voice comforting little Tootie solidified the song as an instant classic.

“I’ve always loved Christmas music. Working in retail deferred my love for it, but time heals all wounds,” a pre-global Lizzo said about her 2015 Christmas anthem. “Ricky Reed and I really enjoyed ourselves in the studio trying to reimagine the modern-day Christmas love story. Not everybody’s in the Christmas spirit these days, but love can give even the biggest Scrooge a little holiday cheer.”

Bob Dylan, Christmas in the Heart

It took Bobby D until 2009 to record an album of Christmas songs, his thirty-fourth studio record, but he still manages to hit all the holiday high notes.

Released as a B-side to the “I Would Die 4 U” single, “Another Lonely Christmas” is the only holiday song Prince ever released, and he performed it live just once on December 26 at the St. Paul Civic Center Arena in 1984.

The Andrews Sisters with Bing Crosby

The Minneapolis-born Andrews Sisters recorded dozens of Christmas songs both with and without Bing Crosby that have stood the test of time, giving you hours of boogie-woogie potential.

“I believe in peace on Earth, a day where nobody gets hurt,” Mark Mallman sings on the heavenly “Peace on Earth.”

“Oh I want my mother here for Christmas,” J.S. Ondara sings as his ode to the spirit of the holiday invokes maternal love.

Tom Waits, “Christmas Card from a Hooker in Minneapolis”

Released on the 1978 album Blue Valentine, legend has it that Tom Waits, walking through Minneapolis dressed in “just a bra and a slip and a kind of dead squirrel around my neck,” was inspired to write the song after getting caught in a “pimp war” in the street during subzero temperatures

Hüsker Dü, “We Wish You a Merry Christmas”

Hüsker Dü’s ramshackled version of “We Wish You a Merry Christmas” sounds straight out of the garage.

Bob Mould paid a visit to Craig Kilborn on a 1996 Christmas special of The Daily Show to duet some pa-rum-pum-pum-pums. I’m not crying, you’re crying.

The Trashmen, “Dancing With Santa”

The 1950s band The Trashmen used their surf-rock vibe to make holiday cheer seemingly more groovy on “Dancing With Santa.”

Here for the icy 80s synths and “I walked into the mall and saw ya / doing your Christmas shopping.”

The Hold Steady, “Christmas Is The Time To Say I Love You“

Led by the Edina-raised Craig Finn, the indie-rock band took on this Billy Squier tune from 1981.

Trip Shakespeare, formed in the ’80s, included Dan Wilson and John Munson before they went on to create Semisonic. The New Standards play the song at their holiday show every year. The booming singalong chorus (“It’s coming down!”), has the words us office-bound Minnesotans all want to hear in the middle of a storm: “Go home and take a snow day!”

Your heart will grow three times as big with Sounds of Blackness’s irresistibly warm “Soul Holidays.”

The Replacements, “Beer for Breakfast”

“I am dreaming of a white Christmas,” the Mats’ frontman Paul Westerberg sings on this rare B-side. “All I want to do is drink beer for breakfast.” Gross, but okay!

Atmosphere, “If I Was Santa Claus”

Socially-conscious hip hop duo Atmosphere make it a point to talk about the hypocrisy of commercialized festivities on “If I Was Santa Claus” from the album Lucy Ford, capturing the true spirit of the giving season.

Minneapolis rapper Brother Ali is featured on this Christmas-rap cypher from a 2010 winter tour.

The Jets, Christmas with The Jets

Seek refuge in The Jets’ “Christmas in My Heart,” a slowed-down anthem off their Christmas album that sounds housed within a snow globe.

Information Society, “Xmas at Our House” / “Santa Claus Is Coming to Town”

If your holiday traditions are decidedly new age, Information Society’s industrial take on two Christmas classics will be right up your alley.

Faux Jean, “My Gift for You”

Peak early-aughts group Faux Jean spread the love with “My Gift for You.”

A Twin Cities tradition, each year the jazz trio The New Standards perform a vibrant and eclectic holiday show that will make you leave feeling as enthusiatic as Buddy the Elf.

The ’50s are alive with rockabilly guitarist Brian Setzer.

Matthew Compton, Josiah Steinbrick, and Har Mar Superstar, “All I Want for Christmas is You”

The Mariah Carey power ballad finally hit number one on the charts, but before that happened, Har Mar gave us a sincere rendition.

The pop-rock band Limited Warranty was one of many Minneapolis acts to break out in the ’80s.

The local trio take on Wham’s forlorn hit that defines the winter blues.

Peter Diamond is the Digital Editor at Mpls.St.Paul Magazine.