It’s been a bittersweet series of lasts for Osmo Vänskä; he led his final This Is Minnesota Orchestra livestream last Friday, and gears up to lead Gustav Mahler’s 8th Symphony in his final performances as music director this weekend. As we get ready to witness the end of an era, we’re sharing our final farewells—check out Osmo’s own reflections on an incredible tenure.

You can watch Friday’s entire This Is Minnesota Orchestra broadcast on our digital concert hall free of charge until June 13!

A Salute to Osmo Vänskä

This June, a remarkable era in the Minnesota Orchestra’s history comes to a close, when Osmo Vänskä conducts the final performances of his 19-year tenure as the ensemble’s music director. To mark the occasion, we’ve invited a cross-section of Orchestra musicians, staff and board members to share their favorite memories of the tenure and reflect on the legacy Osmo will leave in Minnesota for the years ahead.

“Of the many, many memories I have of Osmo’s time with the Orchestra, the three that are most potent for me are the silence after our concert in Ted Mann Concert Hall, the jubilation of the National Anthems in Cuba, and the deafening joy in Soweto, South Africa. Each highlights the true power of music, and each happened largely thanks to Osmo. Thank you for challenging us to be better every time you’ve taken the podium and for leading us to ever greater heights over these past 19 years. I wish you much luck and continued success in all that you do!”

“Osmo will be remembered not only for his deep respect for the musicians of our enormously talented Orchestra, but also for his willingness to get everyone out of their comfort zones and try new things.”

“One of Osmo’s underrated talents has always been the way that he transfers his enthusiasm for particular composers and works directly to the audience. Watching him conduct is a visceral experience, and his intensity on the podium is both a magnet for the audience’s eyes and a mirror of the Orchestra’s collective intensity. You can never come away from an Osmo Vänskä concert with any doubt about how hard everyone on stage is working to convey the emotional content of the music.”

“The relationship with BIS recordings will be an enduring legacy of Maestro Vänskä that will be spoken of for many years to come. This Orchestra grew tremendously making those recordings. The tours come next, as they were important and helped shape the way orchestras in the U.S. think about touring and how our goals have changed to the good.”

“When I was serving as concertmaster of the Bloomington Symphony Orchestra, a community orchestra in the Twin Cities, I asked Osmo if he would participate in conducting the Symphony in an outreach side-by-side service with a Bloomington youth orchestra. He was very gracious and accepted the invitation—despite turning down work with the San Francisco Symphony. Imagine how thrilled all involved were to have Osmo as their conductor! Osmo has always been dedicated to community outreach, working with young performers, and holding fast to his commitments. I have always appreciated his selfless focus on making music and sharing it with others!”

“I’ll always remember an evening of ABBA music, and Osmo in full festive attire! Bring out the white tuxedo again!”

“I will always remember the first European tour with our final stop at Sibelius Hall in Lahti, Finland. The tour schedule had been relentless and the timing for the last leg was tight. We boarded the plane in Glasgow, Scotland, and the plane announced a delay that lasted a couple of hours. We landed in Helsinki with snow falling and we were quite delayed. Buses arrived in Lahti, stage crew swiftly set-up; musicians quickly grabbed a bite to eat while changing into concert attire; Osmo was swept away for some quick media interviews and to get ready. In the whirlwind, I took my seat with a huge exhale and listened to one of the most memorable concerts by Osmo and the Orchestra—it was a magical moment to be there, and it set the tone for what Osmo had in store for all of us. Osmo’s legacy will be one of deep commitment to the Minnesota Orchestra family and audiences.”

“Any music director could have come in and made wonderful music with a fantastic orchestra like the Minnesota Orchestra, but I think Osmo will be remembered for always pushing the orchestra to do more and be more than it already was, being both a champion and a leader at every opportunity to make our orchestra grow, from within and from without.”
—Greg Milliren, associate principal flute

“Osmo’s legacy is reflected in the membership of the Orchestra itself. He has brought so many talented musicians into the ensemble, developing a remarkable artistic cohesiveness and integrity, which will carry forward for years to come. What a great gift for all of us.”
—Michelle Miller Burns, President and CEO 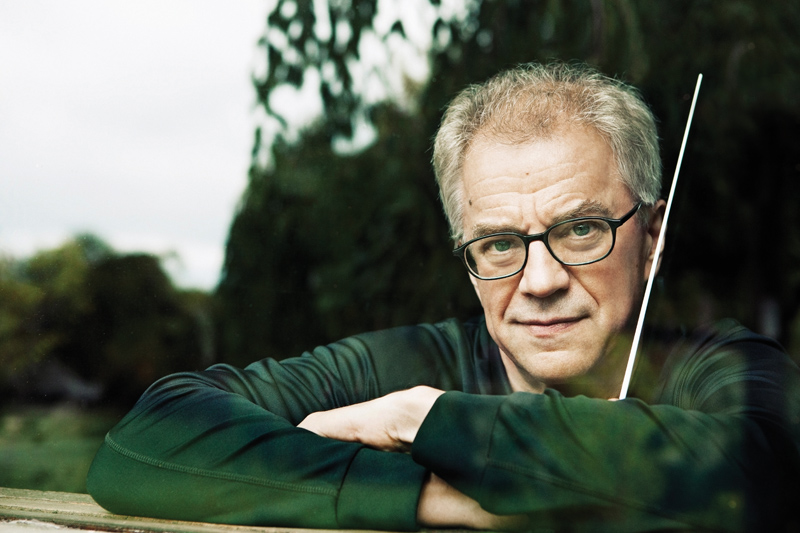