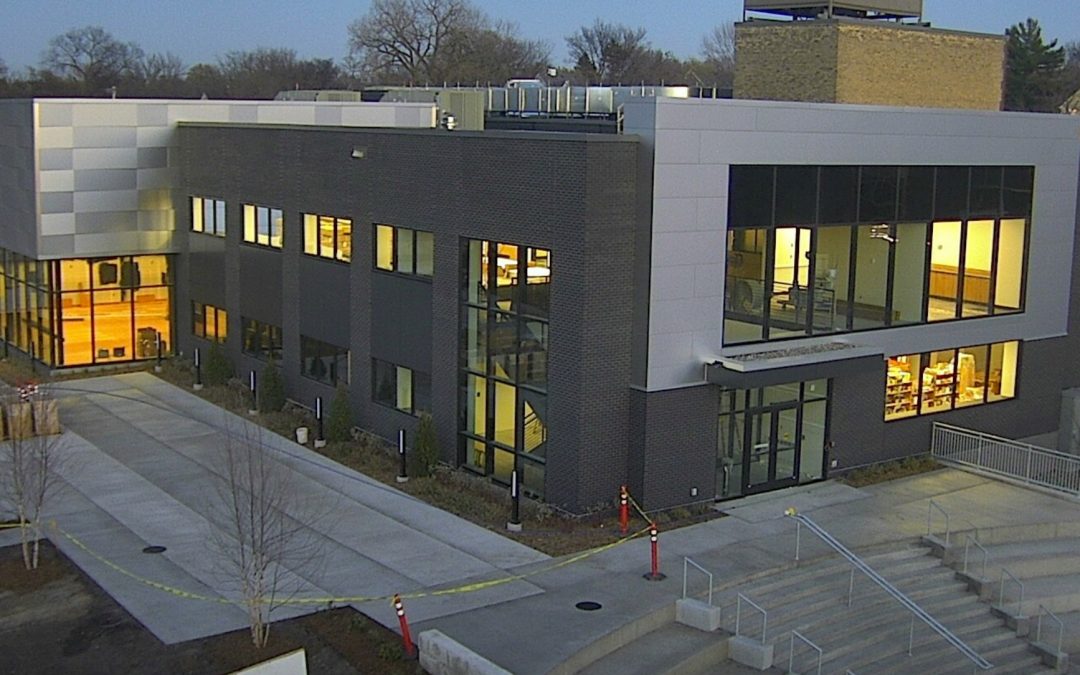 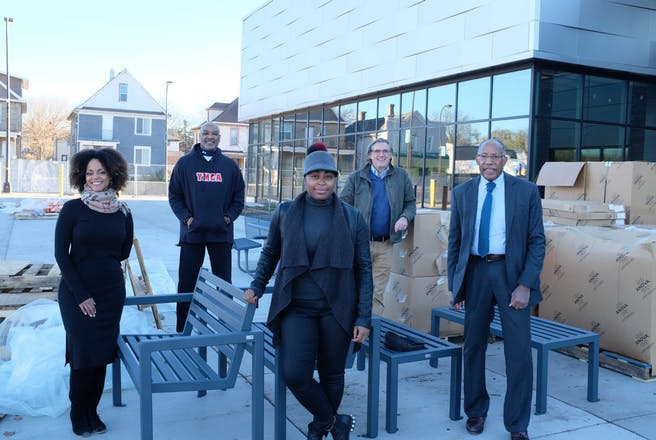 Gabrielle Grier, managing director of Juxtaposition Arts on West Broadway in north Minneapolis, was making business connections one morning this month as she toured the stunning resurrection of the Capri Theater at Penn Avenue and W. Broadway.

Director James Scott will reopen the century-old Capri Theater in January, after a $12.5 million overhaul that adds an exhibit and meeting space and outdoor plaza to the 260-seat theater.

“We have a theater, a workshop, a community hall and a serving pantry that will be used by Appetite for Change and other food preparers for events,” Scott said. “We hope to welcome 1,000 to 1,500 people a week to the Capri, creating a catalyst for more investment and growth along the W. Broadway corridor.”

Grier, an artist, succeeded founder DeAnna Cummings at the generation-old arts institution. Juxtaposition Arts, known as JXTA, is set to break ground next year on its own $14 million renovation. It needs more space to instruct, create, display and sell the works of hundreds of students and affiliated professionals.

She found a partner just up the street in the Capri, which wants to showcase North Side artists. The Capri has help raising its capital from mostly private stakeholders through its nonprofit owner, the 60-year-old Plymouth Christian Youth Center, next door.

JXTA and the Capri are the veritable bookends that border an unprecedented $125 million worth of commercial-residential projects underway or planned for 2021 between Bryant and Penn on W. Broadway, said Erik Hansen, the city’s director of economic development.

“We are about to experience a building boom on W. Broadway,” said Hansen, 46, a Minneapolis native who remembers far-leaner times when he was trying to drum up business amid vacant store fronts.

The W. Broadway corridor experienced modest progress in redevelopment and business expansion after the 2008-2009 recession. Now, that has given way to a redevelopment wave that portends to be the biggest building surge ever on the near North Side.

“JXTA is building a new state-of-the art campus on the corner of Emerson and Broadway avenues,” Grier said. “We are reimagining the economic reality of young people in the creative arts, injecting vitality, curiosity and Black excellence in the creative economy of Minnesota.”

Tara Watson, nurse and chiropractor, also owns the Anytime Fitness franchise and a home-health agency in buildings she has renovated in recent years at Penn and Broadway, just north of the Capri. Her business mentor was the late Dr. John Williams, a dentist on lower W. Broadway, who returned to Minneapolis after an all-star football career for the University of Minnesota and in the NFL.

Watson is chairwoman of the West Broadway Business Association. It has worked with business owners, the city, developers and Northside Economic Opportunity Network (NEON) to get more absentee-owned buildings, some abandoned, into local hands and redeveloped.

Warren McLean, chief executive of NEON, said he’s optimistic despite the COVID-19 pandemic and protests and riots that damaged several businesses in the neighborhood. The damage was limited by business owners and residents who turned back looters and arsonists for several nights in late May after the police killing of George Floyd in south Minneapolis.

“We have major catalytic projects going on W. Broadway,” McLean said. “The Capri Theater on the north end. The Jay and Rose Phillips Foundation, Tri-Construction, and New Rules just broke ground on the 927 building on W. Broadway. And developer Tim Baylor is about to break ground on Satori Village, a project that consists of market-rate housing, affordable housing and senior housing. Cub Foods has recommitted to W. Broadway as has U.S. Bank, both damaged during the protests. Cub will institute a commercial baker that will bring jobs.”

Some details on those projects:

• Satori Village, a $60 million housing, 198-unit, three-phase project near the Cub store on the south side of lower W. Broadway, on which Baylor expects to break ground next spring after five years of planning, property acquisition, rezoning and fundraising among equity partners and lenders. Baylor, 66, is owner of several local McDonald’s restaurants and a veteran real estate developer who lives in Minneapolis.

“I chose that location … because of the goods and services on Broadway, Cub Foods, public transportation, a stable neighborhood with homeownership,” Baylor said. “We need to build what the city has indicated it wants. More density. I’ve been pushing the city to incentivize developers to build more market-rate housing.” The development also will include affordable units and senior housing.

Baylor is negotiating with the city for up to a $4 million loan for infrastructure improvements that would be repaid through increased property taxes on the mixed-income housing development, including a senior complex.

• The 927 W. Broadway building, a $7 million overhaul, including an $800,000 city loan, of a dilapidated commercial building that will be the new headquarters for the Jay & Rose Phillips Family Foundation; headquarters for Black-owned Tri-Construction of the Northside, and Chris Webley’s New Rules, which is expanding from the former corporate manager’s flagship collaborative-workspace site on Lowry Avenue.

• The still-developing Resolute, scheduled for construction next summer, several blocks southwest of the Capri, will be 65 apartments, a coffee shop, hair salons and a day-care center that will replace a former pizza shop and parking lot at 1300 W. Broadway.

Ian Alexander, an attorney and developer who lives nearby, said Resolute’s housing will be affordable for working class and young professionals. Damaris Hollingsworth, principal architect at Design By Melo, who is working on the Resolute, said neighbors have contributed to the project.

“There has to be a complete and holistic ecosystem; housing and jobs that pay a livable wage” and proximity to education, stores and entertainment, she said. “The projects where I am the lead designer … [are] really about housing and commercial and retail.”