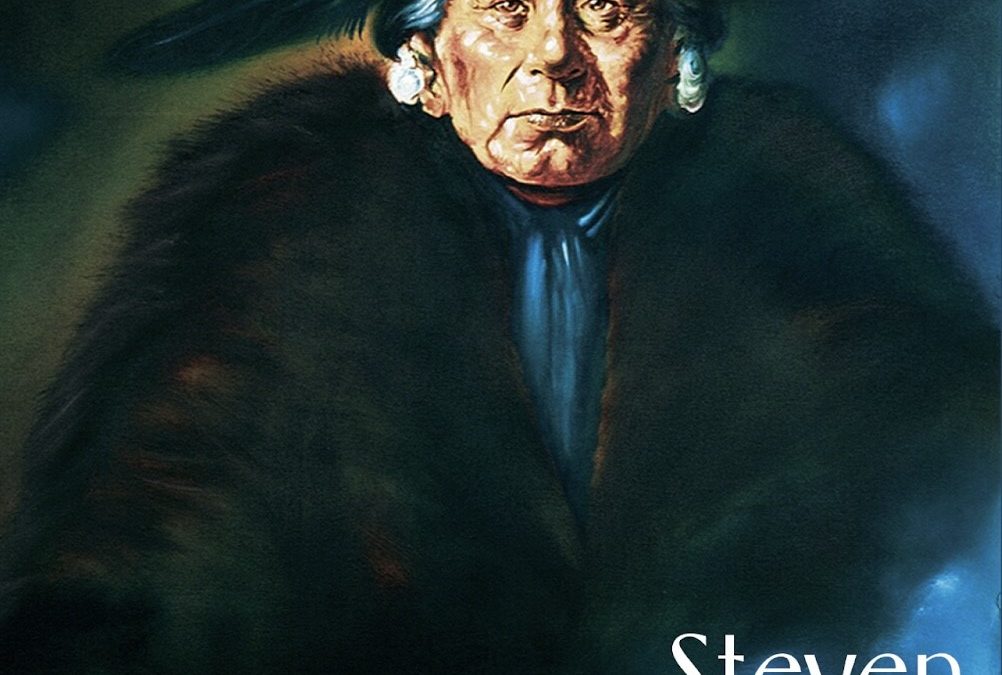 Even if the name sounds unfamiliar, you may already know his work. “A self-taught artist and designer, Steve’s artistic practice takes many forms, including graphic designer, illustrator, fine artist, muralist, and fabric designer, all contributing to the legacy of the Mille Lacs Band,” a press release states. Premo has provided art direction and instruction to local schools, and more than 500 of his illustrations and graphics have been published by the Minnesota Historical Society Press, Minneapolis Public Schools, Hazelden Treatment Center, and other organizations, according to the release.

The exhibit comes by way of the Native American Community Development Institute and the All My Relations Arts gallery. In the form of a retrospective showcase, Avenues of Creation will express Ojibwe pride, trace the evolution of Ojibwe art, and highlight Premo’s multi-disciplinary approach (or, his “avenues” of expression). It will run at the gallery, on East Franklin Avenue in Minneapolis, now thru April 16 th.

“Even though I work in contemporary art forms—painting, illustrations, textile design—I hope to advance the idea that Ojibwe art forms are both old and new and are not limited to birch bark and the materials our ancestors used (though I also love those mediums),” he says in the release, “but rather have evolved just as we have evolved in the modern day.”

As a child, Premo embraced art while bedridden due to a serious leg injury. Drawing and painting guided his journey toward “cultural identity, belonging, sense of self, and healing.” His mother’s teachings in beadwork, birch bark, and quilt work also sparked his interest in textile design.

“At Mille Lacs today, we are the descendants of Ojibwe leaders, men and women, who refused to leave our homelands at the turn of the century,” Premo says. “They continued to harvest rice and maple syrup, hunt and fish, as we do today. My art takes its inspiration from our lifeways and history, and from those men and women who offered decades of consistent and strong leadership. If we cease our traditions, we cease to be Native people.”

All My Relations Arts

THE RETURN, DIGITAL ILLUSTRATION/ANIMATION BY WE ARE STILL HERE ARTIST MENTOR, JONATHAN THUNDER.

We Are Still Here is a multiyear initiative with the aim to uplift Native voices and stories in Minneapolis. This collaborative partnership between the Native American Community Development Institute (NACDI) and Hennepin Theatre Trust will bring large-scale, high profile public artwork created by an emerging network of Native artists to both the Hennepin Theatre District and the American Indian Cultural Corridor highlighting contemporary Native culture and dispelling stereotypes. The initiative will also establish a sustainable framework for ongoing engagement among the Trust and other downtown Minneapolis stakeholders.

A learning cohort of three Indigenous artists will work with project mentor Jonathan Thunder over 18 to 24 months to create digital designs, animation, a possible mural and more. We Are Still Here will promote native storytelling for the built environment along Hennepin Avenue. Through pilots, prototypes and a final project that will be a central feature for the reopening of Hennepin Avenue after a four-year reconstruction project culminating with the Hennepin Theatre District centennial celebration in 2022.

“As a culture-bearer, working in contemporary media, Jonathan is the ideal mentor for this group as he brings a wide range of skills from large scale painting to digital animation and installations,” said Angela Two Stars, All My Relations Arts Director. Thunder, Red Lake Ojibwe, is a multi-disciplinary artist known for the surreal imagery he uses to address the subjects of loss and recovery of indigenous sovereignty, environmental welfare and humorous social commentary through his paintings, animated and experimental films, installations and illustration work.

Engaging with native artists and community has been the mission of NACDI since its founding in 2007 and the early creation of the “American Indian Community Blueprint” in 2010. Angela Two Stars, NACDI’s All My Relations Arts director shares, “by interweaving contemporary and traditional storytelling, and the allyship of Indigenous communities here in the Twin Cities, we are able to connect the Dakota history of the land and continued connections to our past using the powerful visuals of our contemporary artists.” NACDI’s long-standing commitment to public engagement has enabled them to be a source of leadership and guidance among its network of Native artists and community.

In the Hennepin Theatre District, the Trust transforms the spaces along Hennepin Avenue to create a more vibrant and inclusive environment through its public art projects and programming. “We are looking forward to collaborating with NACDi to broaden the awareness of Native truth-telling and working together to create a system enabling continued public art and placemaking efforts,” said Mark Nerenhausen, president and CEO for the Trust. Nerenhausen said that We Are Still Here will be a catalyst to weave Native culture back into Hennepin Avenue connecting the District’s community to arts and cultural experiences in unexpected places.

Jonathan Thunder (Red Lake Ojibwe) is a multi-disciplinary artist. He is known for his surreal paintings, animated and experimental films, installations and illustration work. Jonathan has attended the Institute of American Indian Arts (IAIA) in Santa Fe and studied Visual Effects and Motion Graphics in Minneapolis at the Art Institute International. His work has been featured in state, regional and national exhibitions, as well as in local and international publications since 2003. Jonathan is a 2020 Pollock-Krasner Foundation grantee.

At the core of Jonathan’s work is a story line that reflects his personal lens as a filter to the social, political, environmental and spiritual climate. He works with imagery that is surreal and imaginative by incorporating influences from the structure of his dreams, the culture around him and the direction his life is headed on any given day. Jonathan considers his work “vignettes” or short stories within a larger ongoing narrative that evolves as he evolves. He makes what he sees.

Jonathan believes in the simplicity of a moment captured. Some cryptic or spontaneous imagery invites the viewer to create a portion of the narrative for themselves or consider an interpretation. He enjoys merging his painter self with his filmmaker self to create art that lives and pushes the boundaries of a space.

As part of the We Are Still Here project with NACDI, Jonathan designed four works that are currently on display on Clear Channel Outdoor digital billboards in the Hennepin Theatre District in downtown Minneapolis.

About the digital artists’ cohort

We Are Still Here will re-center Native voices and stories in the Hennepin Theatre District and Native American Cultural Corridor through the work of a Native artists’ cohort working in a variety of digital and analog media, leading to a large-scale public art project by fall 2020. All My Relations Arts and Hennepin Theatre Trust have committed to this multiyear partnership to weave Native culture back into Hennepin Avenue with temporary and permanent art that engages Native and non-Native people in a deeper sense of place and share future.

MORE ABOUT WE ARE STILL HERE