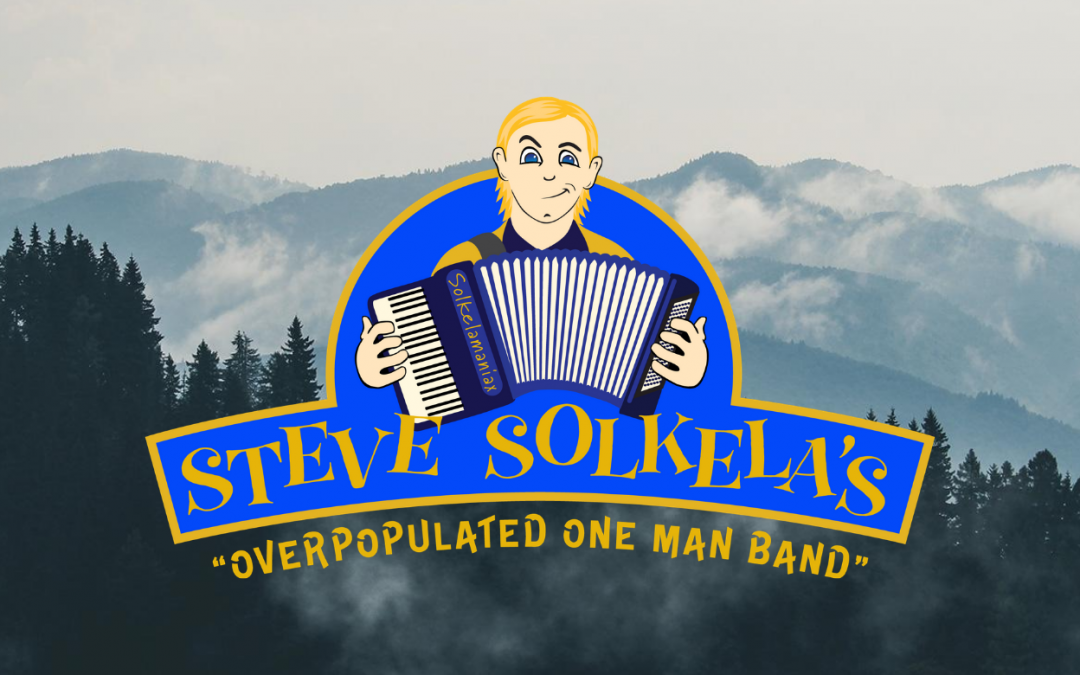 A One-Man Band from Palo Minnesota! The dude plays 14 instruments at once including the Accordion. Mainly ethnic and comedy music, basically a conglomeration of a Stuntman, Comedian, and a Musician. You won’t be disappointed!
–

GET TO KNOW STEEV

Steve Sisu Solkela (July 9, 1996 – Sometime after today) is a Musician/Comedian/Stuntman/Opera Singer/Actor/Composer known for his non-sensical sense of humor, creative mind, unpredictable musical combinations, and immense pain tolerance. He was raised on a farm in Palo Minnesota where he studied (sometimes) at the nearby Mesabi East High School. There he excelled in band, choir, speech, lunch, theatre, track, basketball, cross country, football, and several other clubs. Averaging GPAs lower than the floor, no one expected him to amount to much academic success, however, through effort, charm, and creative ways to teach himself the material he regularly caused the smart kids to worry about their class rank. Ranging from the Dunce to the Tutor, Solkela left that school broken, scarred, and longing for his return visits as an alumni. At 5’9, and 177 pounds of pure danger, you wouldn’t think there would be much athletic success, but Steve known for his aggressive nature and disregard for his own safety and health made him a decent athlete. This fearlessness towards danger may have been what enabled the birth of his stuntman career.

He went on to study music at Rowan University in Glassboro New Jersey where he was a star in the opera program, several bands and choirs, and was mostly famous for his “Overpopulated” One-Man Band that now performs all over the country and sometimes Finland and Canada. The band started out as a joke in high school. He started playing Accordion out of spite of the guitar players getting all the female attention for knowing 5 chords and the Pink Floyd – Wish You Were Here Bass Line. One Day Steve bought a cowbell to cheer people on at cross country meets when the idea to play it with his foot came along. Slowly but surely, more insane ideas came along and now there’s a 14 piece One-Man Band running around the country. The band is made up of Cowbell, Hi-Hat, Double Bass Drum Pedal, shaker, triangle, slinky, bicycle horn, cymbal, train horn, spin whistle, both hands of the Accordion, trumpet, and one Blonde guy who sings. This band is possible due to the combination of static muscle memory, multi-tasking skills, and above average Accordion skills. There are other instruments that are added for occasions, but generally the 14 piece band is what is travelled with. 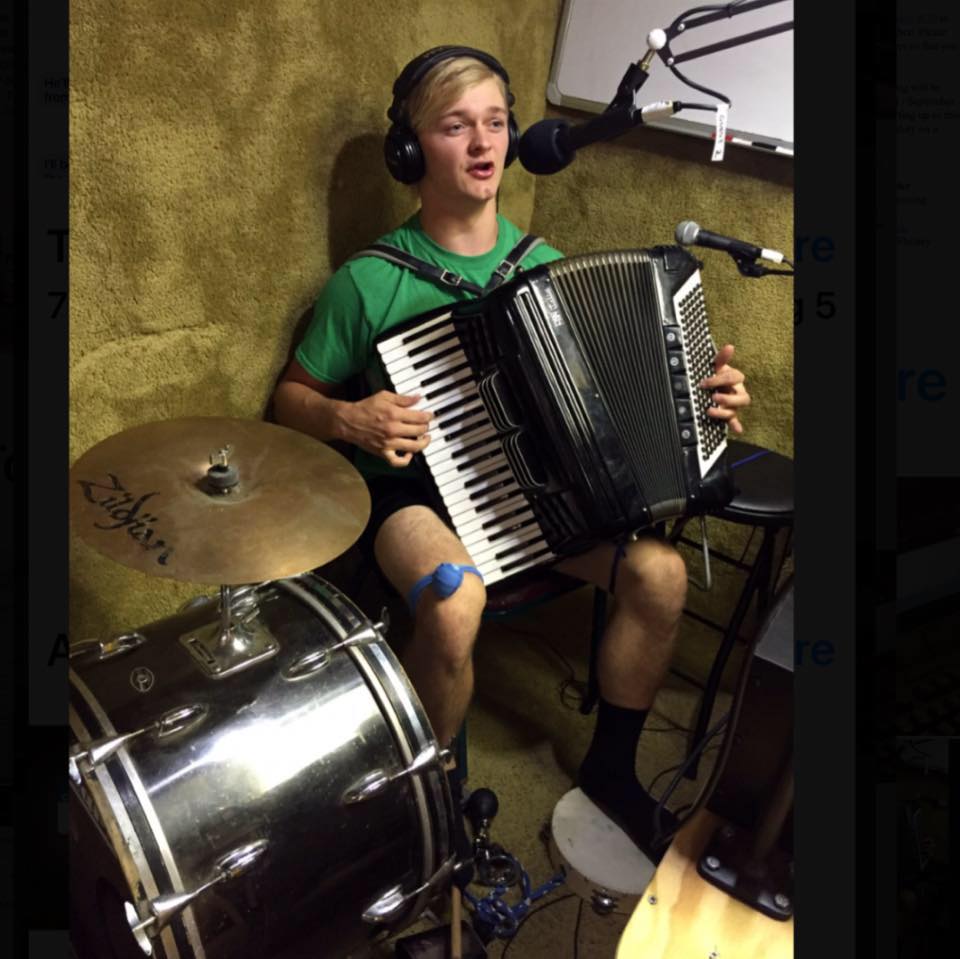 All his life Steve has been a huge advocate for the state of Minnesota. Even at college in New Jersey he left several people calling it pop and pronouncing Sauna correctly. Having written hundreds of songs with Minnesota as either the theme or the flavor, this state writhes within his soul. When being interviewed about Minnesota Steve once said, “Oh sure, ya am from nort’ Minnesota dere den. It’s not too bad a deal you bet.” and “If The United States was a high school, Minnesota would be the hot popular chick that didn’t change to become popular, who still got a 4.0, was talented in sports, volunteered all the time, and had modeling contract offers but chose to go kill it at college instead. She makes everyone feel inferior, but is the first one to come support you if you’re feeling down about it.” Steve is especially grateful for the community that packed the cannon, and the cannonball will always roll back no matter how far he goes.

In Minnesota, being of Finnish heritage is like being in a cult group. A cult that prides themself on bettering their community and honoring those who probably hate the fact that they deserve it. Stereotypically speaking, Finns are introverted, humble, and logical. Steve does not fit this description of course. As a creative performer with an extroverted dominant personality, most stereotypes solely are entertaining. Traveling all over Minnesota, you meet ol’ Finns all over. One thing I have always adored and appreciated is that they all treat me like their own young Finnish grandchild. Having performed in Finland and several areas of Finnish heritage in The US, I have become ever grateful for the strong community that it brings.

With resilience and good humor. Check out @stevesolkela and smile. From his “Overpopulated” One-Man Band to Tandem Talks, music videos, and YouTube he’s on his way up.