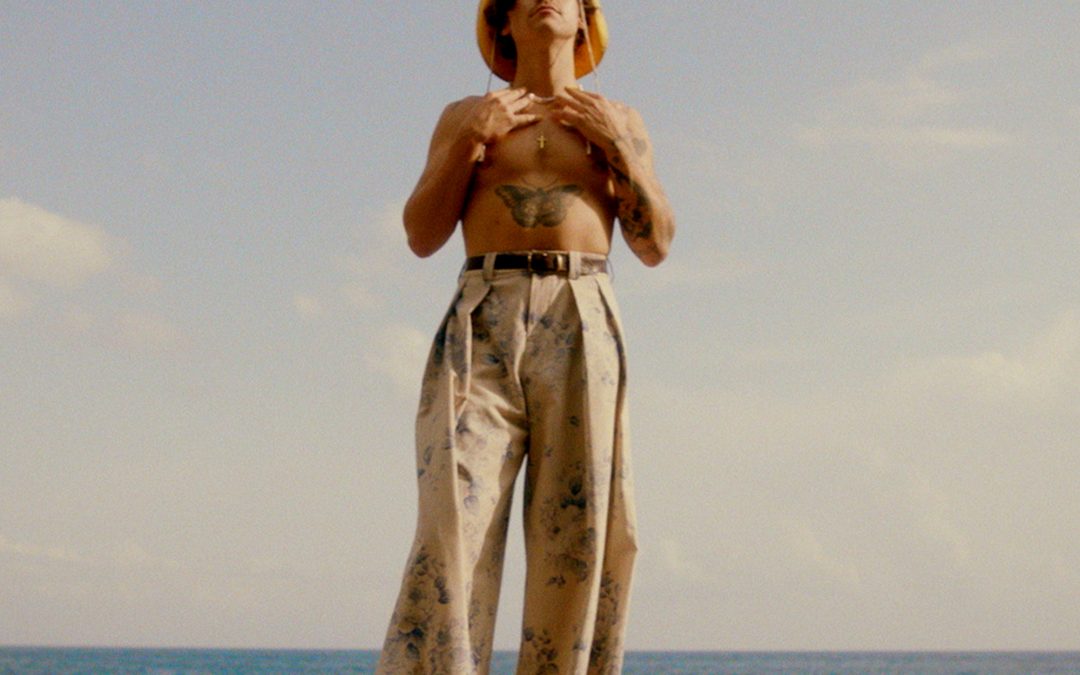 RUNWAY: What happens when Harry Styles wears your designs in his new music video? Well, first, foremost—and quite appropriately—you are shocked. “I was completely stunned by it,” begins the young British designer Steven Stokey-Daley, whose fall 2020 collection is worn by Harry Styles in his new music video for “Golden” alongside pieces from Gucci and Bode. “My mouth was literally ajar the whole time.”

The designer had sent his portfolio to Harry Lambert, Styles’s stylist, earlier this year. They connected about some of Stokey-Daley’s upcycled pieces, which he created for his graduate collection at the University of Westminster. But there was no guarantee that Styles would wear the items—let alone end up wearing Stokey-Daley’s white top for the majority of a music video that has already been viewed 25 million times. (Styles also wears pleated wide-leg trousers with a blue floral print in some of the shots.) “It sounds so cliché,” the designer demurs, “but it really is like a dream come true.”

–
–
Stockey-Daley hails from Liverpool and found fashion in a roundabout way. Originally interested in theater and literature, he applied to the University of Westminster’s fashion program on a whim. “I had a last minute change of heart,” he says, “and studying fashion has been a means to explore theater and literature through clothes, garments, and presentations.”

His graduate collection merged historical and literary references. “My work, thematically, is about this high society, education, patriarchy, and male-dominated public school elite,” he explains. “I think me being of a working class nature, this is the stuff that I’m so far removed from, this fancifulness and frivolity of something like a boat racing hat adorned fully in flowers, the tailcoats in day-to-day school life, the wicker hats. There’s something so theatrical about that to me and something so inherently feminine that I think I was enraptured with that because it felt so of literary reference.”

His moodboard is a mash-up of trad references like a young Prince Harry in a rugby shirt, stills from Brideshead Revisited, and Cecil Beaton photographs. The clash of decades and styles comes through in his work. Take a silk striped robe coat: Inspired by trying to merge sportiness with staid estate-wear, the piece was made entirely from silk scraps donated by Alexander McQueen’s atelier, which provides leftover materials to fashion designers in England. “Over the last few months I haven’t been able to get access to new fabrics or new materials and it’s forced me to really work in a more sustainable way,” Stokey-Daley says. “I think it’s forced designers, and people in general, to be more resourceful. It’s uncovered this beauty of what you can make from what you already have.”

The floral trousers Styles wears in the “Golden” video are, in fact, made from vintage curtains. (“They must have been giant curtains, from a manor,” Stokey-Daley says, referring to the large amount of fabric he was able to procure.) He was able to contact the manufacturer of the original material and buy up some deadstock to make additional pairs of the trousers. Those new pairs “sold out in minutes” after the “Golden” video was released.

“It’s incredible already to have this opportunity that Harry Lambert provided to me. But then to think that I’ve just graduated in the summer, and to have just graduated amidst a global pandemic whilst creative industries are really suffering, it feels so crazy and beyond belief that I have been afforded the opportunity to carry on in a creative direction,” Stokey-Daley says. “It’s overwhelming and I feel completely so lucky to have that opportunity and therefore so thankful to Harry Lambert for giving me that opportunity.”

Asked what’s next for him following this first shock of success, Stokey-Daley says he is planning to take things slowly. “I’m going to see how it goes; I’m not sure if I want to slot into the conventional fashion system,” he says. “The pace of fashion really does destroy fashion, I think, honestly. So I’m just going to work on my own time and I’m definitely going to work on some new projects.” 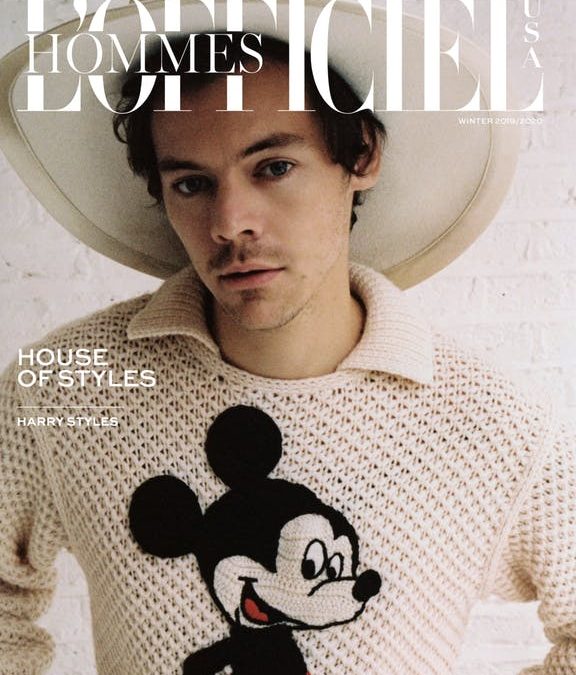