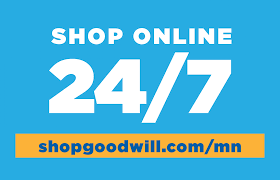 When you shop or donate at Goodwill, you support programs that connect 4 Minnesotans to jobs every day. (P.S.: The items in this video came from our stores. Cool, right?)
Goodwill-Easter Seals: Serving MN for 100 Years

Since 1919, Goodwill-Easter Seals Minnesota has provided services for people with disabilities and barriers to work and independence: