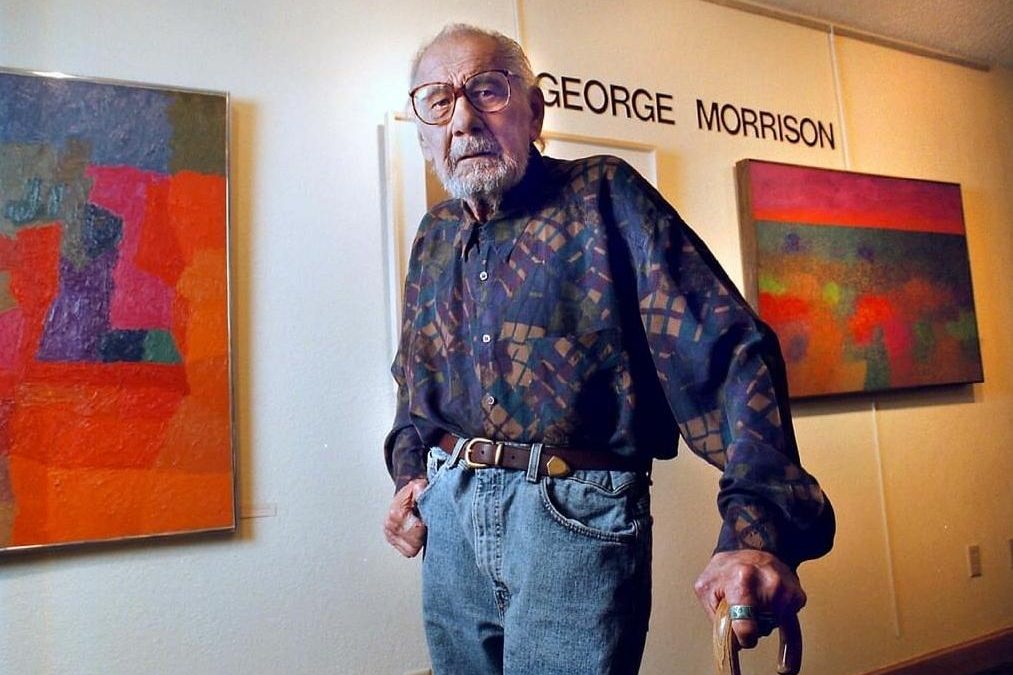 Duluth News: Morrison was born in 1919 in the since-abandoned village near Grand Marais known as Chippewa City. His pursuit of art, and later, his teachings, landed him in New York, Paris and Rhode Island before he returned to the North Shore in the 1970s.

There, Lake Superior inspired Morrison to make hundreds of small paintings intimately attuned to dusk and dawn, mist and fog, and fiery sunset, said Jackson Rushing, a friend of Morrison’s and an art historian who co-authored “Modern Spirit: The Art of George Morrison.”

Rushing described those paintings, some of which will be among the five pieces featured in the stamp collection, as a mantra: “I am home again. I am home again.”

Morrison, as well as painter and sculptor, Allan Houser, were among those who broke through barriers confining what Native American art could be and in 2004 both were featured in the opening of the National Museum of the American Indian in Washington D.C.

Morrison is known as a founding artist of Native American Modernism and for giving other Indigenous artists a type of freedom to make art without being confined to symbols, storytelling and the styles of their forefathers.

George Morrison’s collection of Forever Stamps will be issued in 2022 and available at post office locations. The Postal Service will host a ceremony in Minnesota to celebrate the launch of the stamps. Information about the event will be available at a later date.